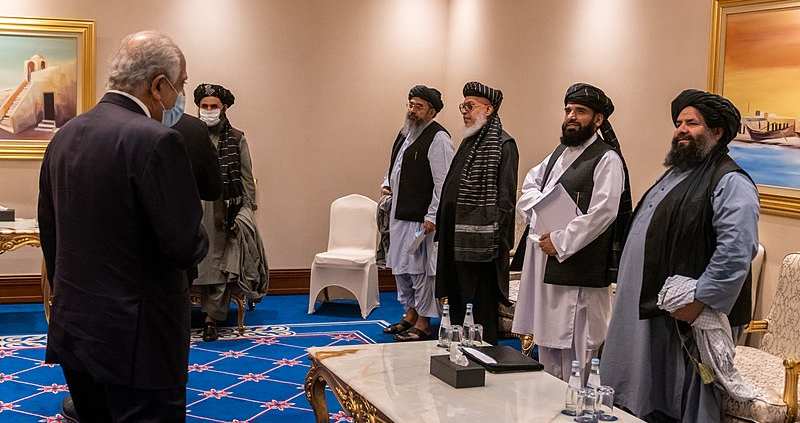 Over the past three decades, floods and droughts have devastated the agricultural soil in Afghanistan, the U.S. broadcaster says. In this way, they also provided the Taliban with a chance to recruit a growing number of desperate farmers with no alternatives

From climate crisis to political disaster: or rather, the untold story of Taliban‘s comeback. No, this is not the tale of a conspiracy neither some kind of hidden dirty secret. It’s just the reality of global warming and land devastation in a agricultural-based nation. It’s the story, according to CBS, of how Kabul’s new leaders have managed to take advantage of this for years. “Rural Afghanistan has been rocked by climate change,” US broadcaster says. “The past three decades have brought floods and drought that have destroyed crops and left people hungry. And the Taliban — likely without knowing climate change was the cause — has taken advantage of that pain.”

Numbers don’t lie. Agriculture, CBS notes, is the source of income for 60% of the Afghan population. In the last 20 years, according to the World Bank, the weight of the agricultural sector on the national GDP has fluctuated between 20% and 40%. “Whether from drought or flood-ravaged soil, farmers in the region struggle to maintain productive crops and livestock” CBS says. “When they cannot profitably farm, they’re forced to borrow funds to survive. When Afghans can’t pay off lenders, the Taliban often steps in to sow government resentment.” According to the U.S. broadcaster, the Taliban pay their soldiers between 5 and 10 dollars a day, which is more than they could get from farming.

Droughts and floods have devastated the countryside

The effects of climate change in the country have been felt through more extensive and earlier glaciers melting in the north. And increased rainfalls (up to 25 percent in the last 30 years) in some western and southern areas. In the winter, rapid snow retreat has led to drought. In other months, the greater frequency of rainfall has resulted in severe flooding. The impact on crops has been clear. Today, says CBS quoting data from the Norwegian Refugee Council, food insecurity classified as “critical” or “emergency” affects one-third of the population.

A focus on Central Asia

Afghanistan‘s environmental problems, on the other hand, highlight once again the wider crisis experienced by Central Asia, one of the most affected areas by the global trend of drought and its consequences. In the region, some observers says, desertification is advancing at an increasing rate as a result of climate change. According to estimates, this threatens the safety of half a billion residents.