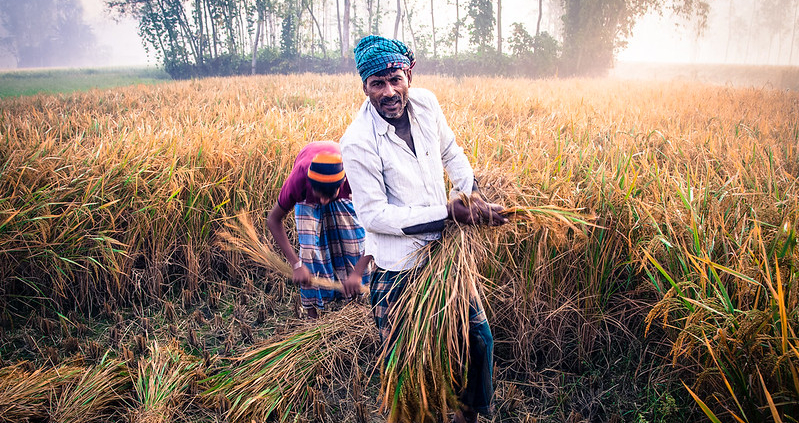 Guaranteeing the supply of micronutrients through sustainable agriculture: the FAO’s Soils for Nutrition Project gets underway in Bangladesh. Also operating in Africa, the initiative aims to offer a solution to a global problem affecting 30% of the world’s population

Bangladesh can solve the problem of nutritional deficiency through sustainable soil management practices. That’s the view of the promoters of Soils for Nutrition project, a FAO led initiative designed to improve the quality of locally produced food. Launched in 2019, with the funding of the German government, the program is also underway in two Sub-Saharan African nations: Malawi and Burkina Faso. In the Asian country, according to the reports released in recent weeks, the program is “ais advancing remarkably well over three pilot sites”: the northwestern district of Baliadangi, the eastern district of Chandina and the western district of Chuadanga.

At the center of the project is the role of micronutrients, essential elements such as iron, zinc, folate and vitamins which the human diet is often dramatically lacking. According to most recent estimates, this condition affects 30% of the world’s population. That’s more than 2 billion people. Soil degradation is often at the origin of this problem, resulting in the production of fruit, vegetables and cereals with low nutritional content. That’ s the so-called “hidden hunger”, which leads to “dramatic consequences“, the FAO argues. The list includes “low energy levels for the body, reduced immune function, lower work productivity and general capacity”. Also in learning activities. That’ s why best land management practices included in the project may be a solution.

“These technologies can help us meet the healthy soil challenge”

In the three pilot sites in Bangladesh, farmers have started growing “a variety of Aman transplanted rice fortified with more zinc and iron”, FAO explains. Used as planting material, this kind of cereal makes it possible to “to enrich the micronutrient status of the staple diet of these communities”. Along with the rice crops, in rotation with vegetables and legumes, “field demonstrations by selected farmers were carried out at each site to demonstrate sustainable soil management practices and the sustainable use and management of fertilisers to achieve better nutrient content in soil”.

FAO is currently evaluating the progress of the initiative through the collection and analysis of soil samples. The results of the survey, along with a comparison of different farming practices, should allow them to identify and quantify the overall impact of the strategy in increasing micronutrient levels in soil and crops. “More than 200 farmers are currently part of the initiative and each site will be interviewed to find out the baseline scenario of the selected sites and to obtain more data from the different sites”, FAO explains.

Later results, together with farmers’ and community consumption models, will allow to assess “health effects on local populations”. The application of the data could have a significant impact on the future of a country that is still strongly dependent on the agricultural sector. Today, according to the World Bank’s latest estimates, Bangladesh’s rural residents are about 102 million, or 63% of the country’s total population.