It was created by the FAO Global Soil Partnership together with the Joint Research Center of the EU Commission. The tool will help to better understand the characteristics of the different soils of the continent. Among them, some of the most fertile on the planet. The food future of humanity depends on their sustainable management

Promoting sustainable soil management, preserving its health and combating degradation factors is essential. Both environmentally and humanly. Especially in the case of soils that are fertile or particularly valuable due to their ability to sequester carbon. But how do you know the best techniques without an updated and complete map of the different terrains of a macro-region? For this reason, the FAO Global Soil Partnership, together with the Joint Research Center of the European Commission, has developed and published the first Soil Atlas of Asia. 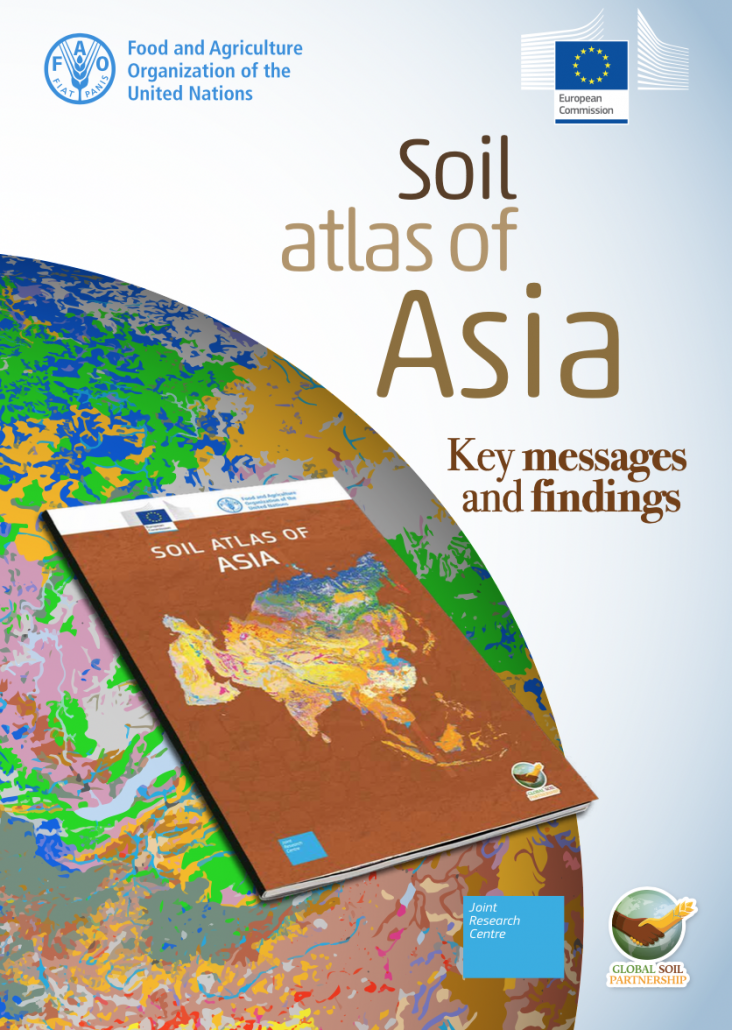 A continent under pressure

Why exactly Asia? First of all because 60% of the entire world population lives on the continent. Agriculture is the main source of livelihood for 2.2 billion people in the region. But from there come raw materials and food resources that are also precious for the West. In addition, already today a large number of inhabitants in Asia have food supply problems: 376 million suffer from hunger, over 1.1 billion have not had access to healthy food, 1.8 billion still cannot access to balanced diets.

Rapid population growth (estimates predict that the continent will reach 5.3 billion inhabitants by mid-century) is putting increasing pressure on soil resources, with unprecedented rates of urbanization and growing demand for ecosystem services. Simply put: if sustainable land management practices are not implemented and land degradation continues at this rate, hunger will still increase in the foreseeable future. Also because the more frequent extreme weather events, connected to climate change, will provide additional pressures and factors of soil degradation.

The Soil Atlas serves precisely to provide a working tool for disseminating the best actions for keeping the soil healthy, enhancing it both from an environmental and nutritional point of view.

“This atlas – explain the FAO authors – is aimed at both a general public and decision makers, politicians, teachers and even scientists from other disciplines. It was created to raise awareness of the crucial role of soil health among a wide range of stakeholders, support the development and implementation of virtuous policies and tools in agriculture, environmental issues, climate change, aid and development assistance, urban planning and more”.

The preparation of the atlas started in 2018 and involved around 100 soil experts from 45 countries. Financial support was provided by the JRC and the Asian Agricultural and Food Cooperation Initiative (AFACI), managed by the Rural Development Administration of the Republic of Korea.

Soils (and their various problems) on display

“At its core, the atlas presents a series of annotated maps showing the diversity of soil features across Asia in a way that is understandable to a general audience. It seeks to explain in a clear and simple way how soils are formed, the key factors that shape soil characteristics and why they vary,” the authors point out.

Another relevant aspect of the publication is the ability to graphically show the growing pressure on soils deriving from man-induced problems such as urban sprawl, inappropriate land management, pollution, increased demand for food and climate change .

“It is important – the authors continue – that people understand how their actions can lead to the degradation of this fundamental natural resource and what they can do to help protect and restore soils by reducing degradation processes”.

From frozen grounds to the ring of fire

The enormous differences between Asian soils are obviously represented in the document. Result of a wide combination of climatic conditions and parental materials. They range from the Cryosols of the northernmost regions to the extensive peat bogs typical of South-East Asia. Fluvisols, considered the birthplaces of agriculture, are also found along major waterways in West, South and East Asia. While volcanic Andosols circumscribe the Pacific ring of fire.

Like other macro-regions of the planet, unsustainable land use and management are leading to increased soil degradation, loss of nutrients and organic matter, as well as soil contamination, erosion, salinization and compaction. All of this affects the amount of carbon stored in the soil in the form of organic matter, which is essential for its health, fertility and ecosystem services. But of even greater importance for climate regulation. 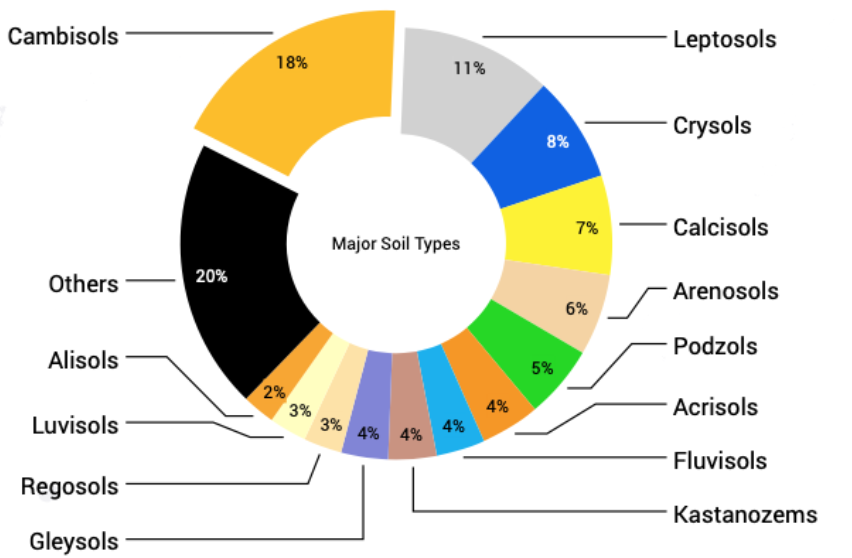 The problem is even stronger in the case of black soils, which are rich in various Asian areas, from Russia to China (which, not surprisingly, has implemented various actions in recent years to disseminate actions useful for their restoration and protection, after decades of intensive and unsustainable exploitation). At the basis of Beijing’s choice there are agricultural reasons (black soils exploited irresponsibly yield less, endangering Chinese food security and beyond). But also climatic problems, because large quantities of carbon are stored in the black earth and their unsustainable management causes a dangerous release of CO2 into the atmosphere. 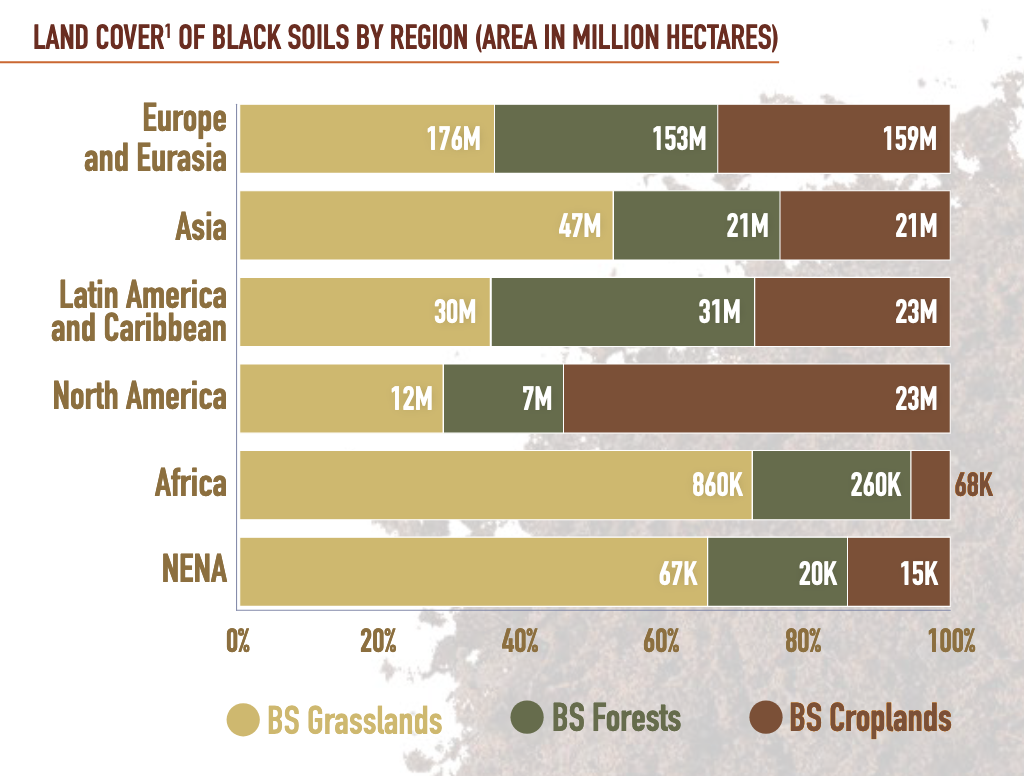 The FAO publication recalls that only the top 30 centimeters of Asian soils already store 248 petagrams of carbon. But they could still sequester an additional 180 tons of carbon a year. The crucial point is always the same: adopting sustainable management practices with a high carbon contribution, rapidly and on a large scale.
https://resoilfoundation.org/wp-content/uploads/2023/01/agriculture-gedde85604_1920-1.jpg 831 1920 Emanuele Isonio https://resoilfoundation.org/wp-content/uploads/2020/01/logo_resoilfoundation.png Emanuele Isonio2023-01-13 11:00:252023-01-15 14:18:36Asia has its first ‘soil atlas’