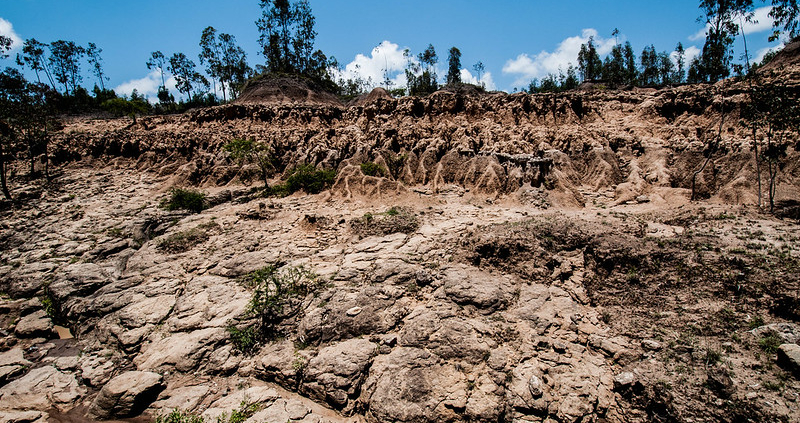 The authors of the FAO Soil Report interviewed by Re Soil Foundation: “We have less and less land for agriculture”. And there is no international body for the protection of land

There is no doubt about it: saving global agriculture requires sustainable choices. But what’s more important is that we need to act now with unprecedented international coordination both by governments and private companies, two FAO experts told to Re Soil Foundation. Their word come after the latest edition of SOLAW 2021, “The state of the world’s land and water resources for food and agriculture”. The report on the health of agricultural land and water resources released in recent weeks by the UN organization itself.

“The interconnected systems of land, soil and water are stretched to the limit with agricultural systems at breaking point”, says Feras Ziadat, the SOLAW coordinator. “Pressures on land and water resources have built to the point where productivity of key agricultural systems is compromised and livelihoods are threatened.”

The growing weight of agro-industry is a crucial factor in penalizing smallholders, who are forced to manage what is left – i.e., land at high risk of degradation – with obvious consequences.

“There is now only a narrow margin for reversing trends in resource deterioration and depletion” says Ziadat, but the complexity and scale of the task should not be underestimated”.

The numbers speak for themselves. Worldwide, land subject to human-induced degradation amounts to 1.66 billion hectares. More than a quarter of the area, 466 million, is located in developing countries. The comparison with the previous study, conducted in 2011, and with the numbers from the beginning of the century is ruthless.

“Farmland area is down 22% since the turn of the century”

“The rate of change since 2011 has been shocking and alarming in terms of the depletion of soil, land and water resources and associated loss of biodiversity and weakened ecosystem functions,” Ziadat further explains.

He adds: “In 2050, we will need to produce almost 50 percent more food, feed and biofuel than we did in 2012. However, our total agricultural land area has declined by 128 million ha since 2000, Agricultural Land available per capita declined by more than 22 percent between 2000 and 2019 and human-induced degradation affects 34 percent of agricultural land.”

The climate emergency and its consequences – including soil salinization – obviously complicate the picture.

Technology and investment to support agriculture

According to the report’s coordinator, solutions will necessarily have to be planned on a large scale. “Caring for neglected soils, addressing drought and coping with water scarcity can be addressed through the adoption of new technologies and management approaches,” he points out.

Agricultural support and investment, moreover, “can be redirected towards social and environmental gains.” What is needed in particular is “progressive multiphased financing of agricultural projects linked with redirected subsidies helping to keep land and water systems in play”. Ma anche un’ampia attività di raccolta dati per to improve and monitoring the effects of climate change will prove essential along the entire food value and supply chain.”

“Governments are still lagging behind”

In that sense, governments’ role is crucial. But different regulations across countries are still a huge problem, as Ronald Vargas, soil scientist and Secretary of the FAO Global Soil Partnership, points out.

“Many countries have managed to move towards more comprehensive legal frameworks that address the soil threats caused by a multitude of human activities, and have adopted national Soil Acts”, he says. “But they are still in a minority”.

Problems also persist at the international level. Today, in fact, there is still no specific body committed to protecting soil and water resources on a global scale. “To address this gap”, says Vargas, “FAO members established the Global Soil Partnership (GSP) in 2012 as a collaborative mechanism to advance soil governance and promote sustainable soil management”. And ten years after, “There is still a long way to go, but the GSP has proved to be an effective mechanism for cooperation and action”.

According to Vargas, however, the success of protection policies for soil and its resources will also depend on the involvement of the private sector. Companies, in fact, are called upon to support “iimportant tools such as the Voluntary Guidelines for Sustainable Soil Management and the International Code for the Responsible Use of Fertilizers“. And more:

“Currently, there is huge interest from private sector in the recarbonization of soils as one vehicle to offset their emissions”, he adds. “But we need to ensure that appropriate pricing and investments support the boosting of soil health overall so that we can obtain multiple benefits for multiple stakeholders and not focus only on carbon credits”.

In short, a broader effort is needed to ensure adequate protection, as envisioned by the UN Sustainable Development Goals themselves. “It is important that the private sector financially support the scaling up of sustainable soil management across the world in order to curb soil degradation and ensure the provision of ecosystem services,” says Vargas.