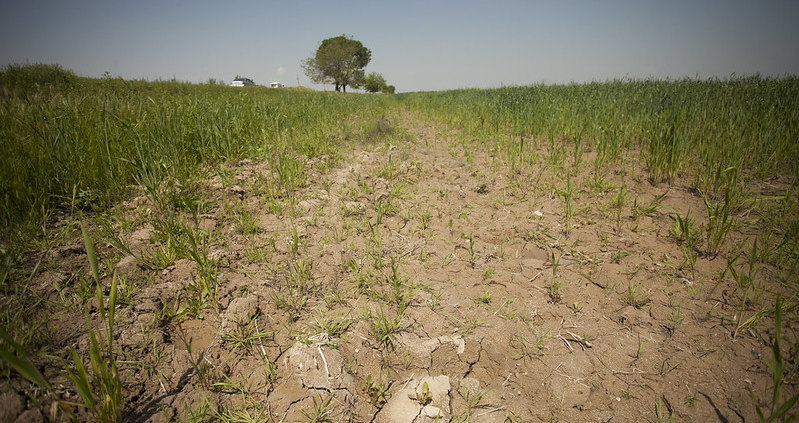 Salt overdose in world soils may impact on the lives of 1.5 billion people. But some best practices can help us solve the problem, FAO says

Excess salt can affect from 20 to 50% of all agricultural land on the Planet, “meaning over 1.5 billion people worldwide face significant challenges in growing food due to soil degradation,” according to FAO. The numbers have been revealed with the launch of the first Global Map during the Global Symposium on Salt-Affected Soils last week. Saline and sodic subsoils (30-100 cm depth) extend for 833 million hectares in addition to at least 424 million hectares of salt-affected topsoil (0-30 cm).

The study, involving 118 countries, examined so-called salt-affected soils (SAS). A definition that includes saline and sodic soils (including alkaline soils, those with a pH 8.5 or higher). Sodic ones are much more common, accounting for 85% of salt-affected topsoils and 62% of affected subsoil . Only 5% of topsoils and 14% of subsoil suffer from both salinization and sodification. The most affected areas are found in Asia, Africa and Latin America, especially in deserts and steppes.

According to FAO, “Soils can become salt-affected very quickly for a variety of reasons: due to human mismanagement, excessive or inappropriate use of fertilisers, deforestation, sea level rises, a shallow water table which affects the rootzone, or seawater intrusion into groundwater that is then used for irrigation. Climate change is also raising the stakes, with models suggesting that global drylands could expand by as much as 23 percent mostly in developing countries – by the end of the century.”

The problem is that salty soils are also less fertile “and therefore pose a threat to the global fight against hunger and poverty”. Il fenomeno, inoltre, “reduce water quality and soil biodiversity while increasing soil erosion.”

From monitoring to best practices

Salt-affected soils map ( which has finally harmonized national data) has two goals, said Christian Omuto, former professor of soil engineering at the University of Nairobi and currently FAO consultant: describing the distribution of the issue on the planet and identifying areas at moderate risk, especially agricultural areas, which can be recovered.

The latter issue, in particular, was at the center of the discussions at the symposium different best practices were compared. The application of organic matter – such as rice husks, for example – in saline soils has proved to be successful.  Although its large-scale use is not always possible.

“In poor countries there is usually a shortage of organic matter to be used in the soil,”said, Kristina Toderich, a member of the International Center for Biosaline Agriculture ( ICBA) in Tashkent, Uzbekistan, one of the most salt-affected countries in the world. That’s why new solutions must be studied, she said.

Good news: “We can live with salt”.

The list of best practices, which might be collected in a special database in the future, is quite extensive. As it includes various methods such as phytoremediation, crop rotation and the use of bioinoculants. In short, the good news is that we can even live with salt. As long as we know how to manage it.

“Salt-affected soils poses multiple constraints to agriculture, but if managed sustainably can provide a good livehood for farmers,” says Mohammad Jamal Khan, a member of FAO’s Intergovernmental Technical Panel on Soils (ITPS). “SASs have a greatpotential when restored and can contribute to climate change mitigation efforts.” Therefore, “wetlands need to be preserved through the use of soil conditioners.” As well as we need to “plant salt-resistant crops where the climate is drier and better manage irrigation practices.” Finally, economic factors are crucial. These includes incentives against land abandonment, as well as investments for market promotion of SAS agricultural products.