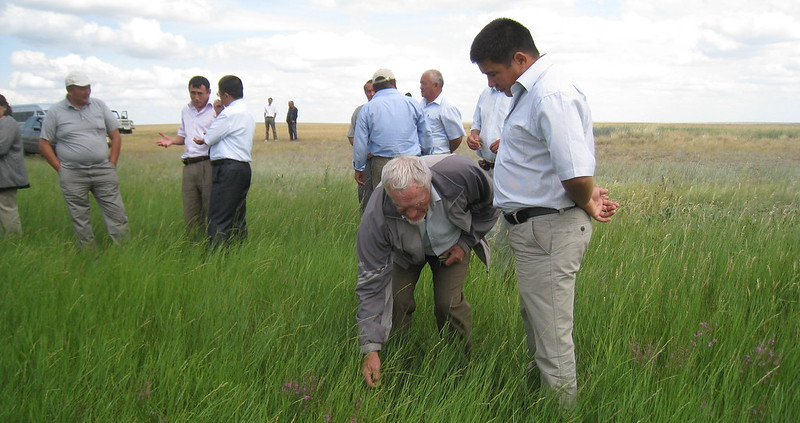 Proper soil management allows to mitigate climate change while improving the quality of nutrition and promoting food security according to FAO. Some weeks ago, the UN organization has launched two new tools designed to help monitoring and treating soils: a digital map of carbon capture capacity across the planet and a technical manual on storage practices. As part of the RECSOIL program, these new resources are meant to encourage the protection of soil health and the reduction of greenhouse gas emissions.

Soil and carbon are engaged in a crucial relationship, FAO says. Land degradation, for example, encourages carbon release into the atmosphere. So far, the process has already affected one-third of the planet’s fields, generating 78 gigatonnes emissions over time.

“As the climate changes”, says FAO, ““it is likely that more carbon will be lost to the atmosphere than be sequestered into the soil if business-as-usual agricultural practices continue, resulting in a soil carbon-climate feedback loop that could further accelerate climate change. Of particular concern are hotspots such as peatlands, black soils, permafrost and grasslands, which contain the highest amount of soil organic carbon.” Managing fields, whether cultivated or not, forest areas and all other ecosystems in a sustainable way, in short, is now more important than ever.

A sustainable soil can offset one third of agricultural emissions

Most significant, however, is the different ability of each soil to attract and capture carbon. As a result of a research program started earlier this year, GSOCseq, the new interactive map launched by FAO is designed to describe this trend.  The tool, in particular, represents “tthe first country-driven global estimation of SOC sequestration potential around the world”. It also “offers various layers of information, helping users visualise crucial data such as initial SOC stocks and predicted SOC stocks under various sustainable soil management and business-as-usual scenarios, as well as relative sequestration rates for each scenario”.

The early data are impressive. If treated properly, FAO says, soils around the world can sequester up to 2.05 billion tons of carbon annually, offsetting 34% of total agricultural emissions. But what does sustainability means in this case?

“Food system generates one third of all human-caused GHG emissions”

A best practice for every soil

We may find the answer in the recently published manual, which is the result of three years of work by over 400 experts. The text is a compendium of operations to promote carbon retention and carbon dioxide sequestration. As well as “the first attempt to collect good soil management practices supported by sound scientific data on the impacts of these practices on SOC content in a wide array of environments and land uses”.

Across six volumes, we learn how to identify the best practices for land management. Including crop rotation and the brand new techniques for applying nutrients to the soil. The survey, based on 81 case studies, identifies a total of 73 strategies that can be implemented according to the specific needs of different environments like cropland, grassland, forest, wetland and urban soils.