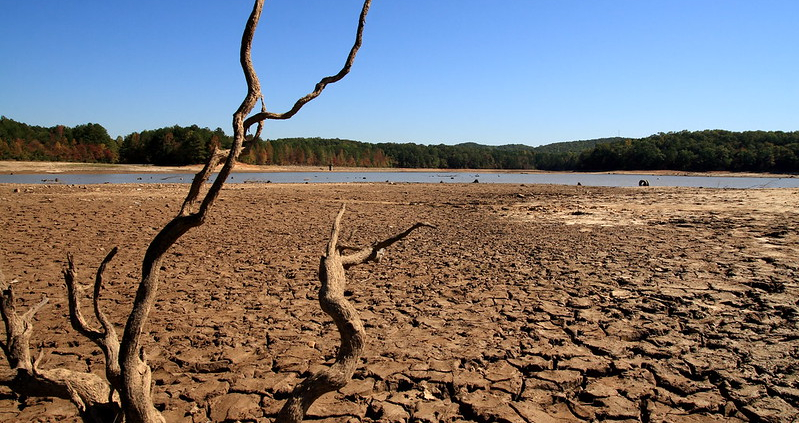 The drought that has hit Europe in recent months wasn’t a surprise at all according to a study released in recent weeks which highlighted the crucial role played by global warming. “The climate crisis made the record drought across the northern hemisphere this summer at least 20 times more likely,” the Guardian writes. “Without human-caused global heating, the event would have been expected only once every four centuries.”

The phenomenon, say researchers from World Weather Attribution (WWA), a group of scientists formed to study the incidence of extreme events, has impacted soil conditions in particular, eventually exacerbating a broader food and economic crisis.

“Water shortages, extensive fires, high food prices and severe crop losses were among the most important impacts of one of the hottest European summers on record, with heat waves and exceptionally low rainfall across the Northern Hemisphere,” the authors explain. The result was severe water deficits in soils that “led to poor harvests in the affected regions, increased fire risk, and, in combination with already very high food prices, is expected to threaten food security across the world.”

The issue is sadly timely. “After remaining elatively unchanged since 2015,” FAO recently stated, “the prevalence of undernourishment (PoU) jumped from 8.0 to 9.3 percent from 2019 to 2020 and rose at a slower pace in 2021 to 9.8 percent.” Last year, “Between 702 and 828 million people were affected by hunger . The number has grown by about 150 million since the outbreak of the COVID-19 pandemic.”

FAO: “Soil protection is the first response to the global food crisis”

The survey, which involved scholars from several universities in the United Kingdom, Switzerland, India, the Netherlands, France and the United States, estimated the contribution of climate change in terms of increased incidence of soil drought in the different areas involved.

The impact has been greater in areas of the Northern Hemisphere out of the tropical belt. Here the climate made soil drought much more likely: five times as in the surface area and as much as twenty times in the root zone. Although uncertainty still remains around the exact numbers, the researchers note, the analysis conducted in each case shows “that soil moisture drought will continue to increase with additional global warming.”

Dry soil as a global phenomenon

The problem of dry soil is attracting increasing attention today. In recent months, for example, low moisture levels have been recorded in Russia’s most productive agricultural areas. The negative impact on crops is a fact. As of today, seeded land in the country totals 9.4 million hectares compared to 10.7 12 months ago. And the risk, not counting the effects of the war, is that the global market may face a drop in supply.

Drought and erosion have also been affecting Ukraine for some time no differently from some of the Planet’s most productive areas including the agricultural regions in U.S., France and China. Here, Reuters writes, the phenomenon “is shrinking grain harvests and cutting inventories, heightening the risk of famine in some of the world’s poorest nations.” U.S., the world’s top corn producer, in particular, is expected to face its lowest harvest in three years in the coming months.