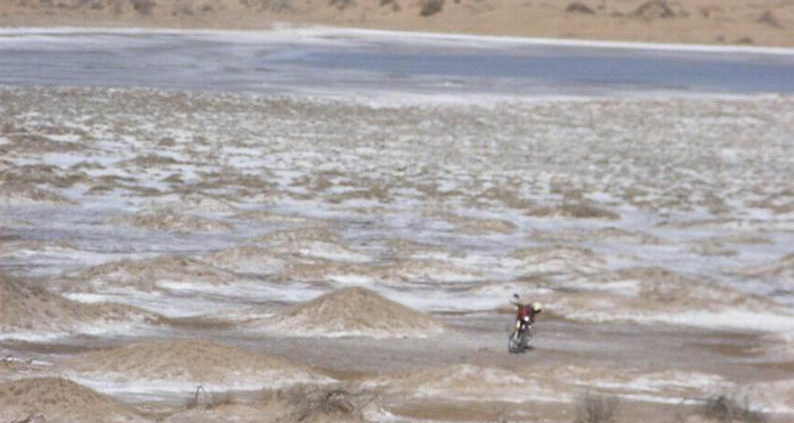 Chinese researchers offer a solution to soil degradation: a plant paste that can turn the desert into a grassland. The new technology might help 500 million people just in Central Asia

Turning desert into fertile soil. That’ s the mission of Chinese researchers, who have been working for over a decade to open a new frontier in the conversion of the most arid lands. The latest update has come in recent months when Zhao Chaohua, deputy dean of the Institute of Desert Ecology, Chongqing Jiaotong University, in central China, said he’s ready to cooperate with Pakistani authorities to further develop the project. The goal is still the same: to tackle a problem driven by climate change that currently affects 167 nations worldwide.

Cellulose is the key element

The secret weapon is a paste made from plant cellulose that scientists say can improve sand’s ability to retain those elements essential to life’s development. “After the evaporation of the water content in the paste”, according to the research, “the sand will transform into a solid state (dry “soil”). ‘Soilized’ sand possesses the eco-mechanical attributes of natural soil”. Including “a strong capacity to retain water, nutrients, and air”

Desert has turned into grassland

The substance, called sodium carboxymethyl cellulose and prepared in a 2% solution with the addition of 5% fertilizer, was initially applied at a few experimental sites before being used in the Ulan Buh desert in Mongolia, where the first large-scale trial took place. Five years later, the results look very promising. “In 2017, we planted some hardy plants,” said Zhao to Pakistani APP news agency. “After these sprouted, we stopped irrigation. Now the desert has become a grassland, which can not only prevent sandstorms, but also be a reservoir of cultivated land.”

The technology has also found positive feedback elsewhere. Chinese researchers, in particular, have successfully applied the cellulose-based paste in other areas of the country such as the provinces of Xinjiang and Sichuan and also in Africa and the Middle East. If long-term results will confirm the efficacy of the procedure, scientists will have one more tool to fight desertification. Which, according to estimates, threatens the safety of half a billion people in Central Asia.

Researchers also hope to offer new solutions in the future by further developing the technique. The idea is to apply a circular approach to waste management in the construction sector. “Other particulate matter can also have the soil’s function through using our technology” Zhao said. “One of our projects is to transform crushed construction waste into soil”.