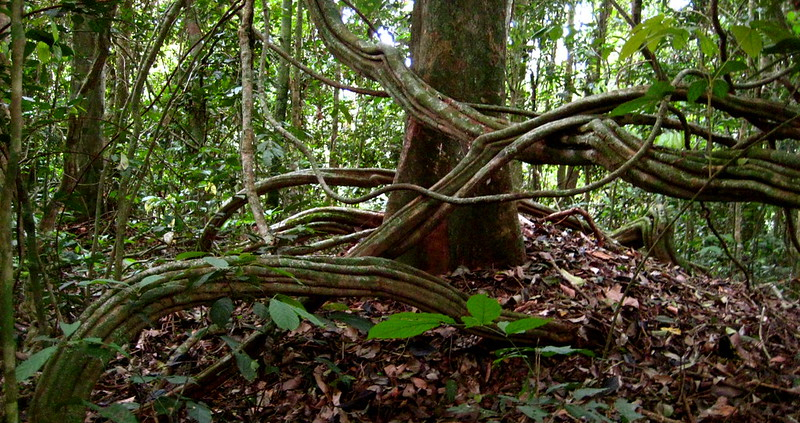 In 2021, deforestation in the Congo Basin increased by 4.9 percent affecting more than 630 thousand hectares of land. This is a particularly worrying trend, explains the Dutch NGO Climate Focus, when considering the area’s importance for climate mitigation and biodiversity

During 2021, the Congo Basin area experienced an increasing deforestation, growing by almost 5 percent in a 12-month period. This is a worrying figure because of its implications in terms of biodiversity loss and reduced climate mitigation capacity, says a report by the Dutch NGO Climate Focus.

“The Congo Basin region has had historically low deforestation rates compared to other tropical forest regions. However, in 2021 forest loss in the Congo Basin jumped up compared to preceding years”, says the study. “Forest degradation and fragmentation pose further risks to the world’s largest remaining intact forest landscape.”

Smoked fish is driving deforestation up in Congo-Brazzaville

636 thousand hectares lost in one year

The numbers, after all, are clear. “While deforestation rates in the Congo Basin showed a downward trend from 2015-20, the Basin still saw 2.2 million hectares of forest loss and 1.5 million hectares of forest degradation in that period”, the research says. “Deforestation in the Congo Basin increased in 2021 by 30,000 hectares (or 4.9 percent) compared to the 2018-2020 period, reaching a total of 636,000 hectares.”

Central African Republic, in particular, experienced a 71 percent increase in deforestation, the worst result among the countries observed. Only two of the six countries under survey made exception: Gabon – which is engaged in a forest protection program – and the Republic of Congo (Congo Brazzaville), which experienced a decrease in tree cover loss.

The observed area is extraordinary important. The region, in fact, is home to some of the largest tropical peatlands on the Planet and shows enormous biodiversity by hosting one-fifth of the world’s animal and plant species.

At Cop26 in Glasgow in 2021, 140 countries including the six in the region signed a declaration pledging to halt global deforestation to reverse its rising trend by 2030. “To achieve the global goal of ending deforestation by 2030, a reduction in forest cover loss of 10% per year between 2020 and 2030 is needed in all countries”, the authors say. “Based on 2021 trends, only Gabon and Republic of the Congo are currently aligned with this trajectory.”

Congo’s peatlands are a barrier against climate change

One year after the document was signed, the world has lost 6.8 million hectares of forests. Resulting in additional emissions of nearly four billion tons of greenhouse gases. Against this backdrop, the Congo Basin has long been an epicenter of the problem. From 2000 to 2016, the research further notes, “the share of intact forests in the region decreased from 78 percent to 67 percent, representing a degraded area of about 23 million hectares.”

This process of deterioration is often the prelude to deforestation, a phenomenon that is encouraged by the increase in rcommodity exploitation activities such as logging, mining exploration and palm oil production.

In July this year, the Democratic Republic of Congo launched a tender for 30 oil and gas extraction permits. Many of these, Bloomberg wrote, involve peatlands, environments characterized by a pronounced propensity for carbon sequestration. President Felix Tshisekedi said on the occasion that the country will strive to minimize its environmental impact. Reiterating, however, “that the country also needs to develop its oil industry to improve the living conditions of its citizens, who are among the world’s poorest.”