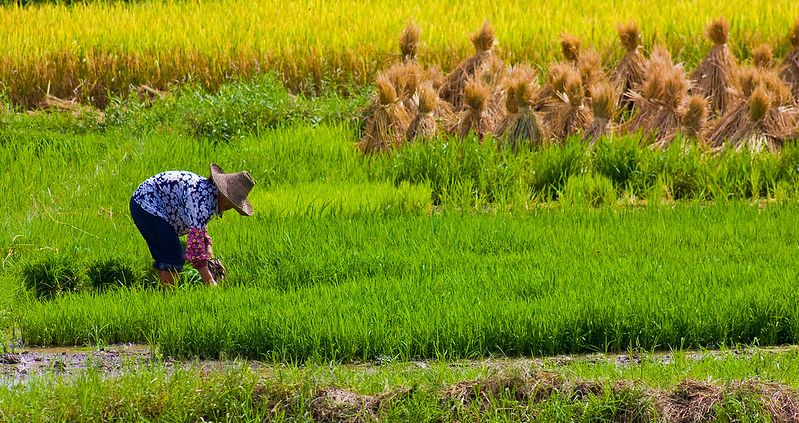 Forty years after the last study, Beijing aims to complete its land census. While waiting for the data, however, the scenario looks grim. Pollution, erosion and fertility loss remain the main problems

China is currently engaged in a full-scale soil census which will update the last survey conducted a full 40 years ago, China Dialogue, a nonprofit environmental organization based in London and Beijing, has reported. The study is expected to be completed in 2025.

“The last four decades have seen rapid, resource-intensive economic growth in China. Chinese people enjoy a better quality of life now, but the soil has paid a heavy price,” the organization says. “A new survey is essential for understanding and protecting soils, and it will help ensure food security and progress towards China’s peak carbon and carbon neutrality targets.”

Pollution is still a threat

Since 1949, when the People’s Republic was founded, the country has conducted two studies on soil characteristics and as many on soil health. In addition to developing a soil classification system, the government has thus been able to collect data on contamination that have outlined a worrying scenario. In 2014, the presence of pollutants exceeded warning levels in 16 percent of the soil samples.

The use of chemicals of course plays a crucial role: “China – short on arable land, large in population – uses too much fertiliser: 33 per cent of all that is produced globally, despite having 8 per cent of the world’s arable land,” the organization says. “That causes acidification and dense, hardpan soil.”

Soil acidification also promotes the absorption of heavy metals with an obvious impact on the safety of the food produced. Also of concern is the low content of organic matter detected deep in the first 20 centimeters of the soil, which in China averages between 26.6 and 32.5 tons per hectare. This is a significantly lower concentration than that found in Europe and the United States where it exceeds 40 tons.

Soil in China is being depleted

The presence of carbon is clearly crucial. Carbon content, in fact, is also related to soil fertility, which in China differs greatly from one region to another. The northeastern provinces of Heilongjiang, Jilin and Liaoning, for example, are rich in black soil, a particularly fertile land that guarantees large yields. Not surprisingly, these three areas alone contribute to the production of 50 percent of the country’s rice, 41 percent of its soybeans, and 34 percent of its corn.

Exploitation of black soil began in the 1960s in response to the staggering famine that had devastated China in the preceding years as a result of the failed Great Leap policy.

Accompanied by a massive deforestation campaign, the opening of new areas for cultivation enabled Beijing to achieve full food security. Years of intensive farming and increasing exposure to wind and rain, however, have also promoted soil erosion and depletion. Drastically reducing the concentration of organic matter. This is also why the new study will probably include unused soils. As it will examine their chemical and physical properties and their nutrients’ content.

Carbon sequestration is the key

The future of Chinese agriculture will also be impacted by carbon farming practices, or agricultural initiatives aimed at boosting the soil’s ability to capture carbon. Soil carbon content is still 30 percent lower than the world average. But this also implies the presence of strong sequestration potential. In late June, China Dialogue notes, the Ministry of Agriculture and the National Development and Reform Commission released a proposal for emission reduction and carbon sequestration and in rural areas.

“One of the six major aims was to expand carbon sequestration in farmland, and one of the ten major actions to be taken is increase farmland carbon stores.” The new survey, the organization reminds, “will help calculate stores of carbon in different types of soil, and estimate future potential, as well as lay a foundation for the application of carbon sequestration techniques in the future.”