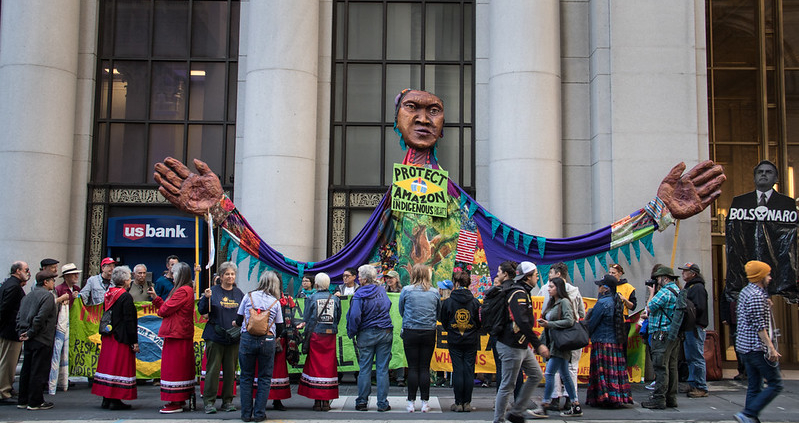 The campaign by investment funds on Brazil could force the government to do more in protecting its forest resources. But a change needs to come soon

Pressure on Brazil to stop the deforestation process that is tormenting the Amazon is growing. But this time environmental organizations are not alone in making increasingly urgent appeals to the government of Jair Bolsonaro. On this occasion, in fact, some equally resolute and likely more powerful actors are taking the stage: large investment funds. In June when a group of investors sent a letter to various Brazilian embassies around the world asking the government for a clear change of direction. The funds, which include Norwegian Storebrand Asset Management and Nordea and British LGIM, manage a total portfolio of $7 trillion. More than four times the country’s GDP.

Brazil does not protect its forests enough

The group, Financial Times says, has set a number of goals including strengthening the local Forest Code. Created in 1965, the legislation requires landowners to leave up to 80% of their land in its natural state, depending on the circumstances. In 2012, however, Brazil reformed the law by lowering the maximum protection limit to 50% for those properties located in states that already protect 65% of their territories as nature reserves. The new rule also sets an amnesty for all illegal deforestation operations that took place before 2008.

Today, the alarm is still sounding, while the land registry reform, based on the adoption of a more modern and digitalized system, has been criticized by campaigners for its potential tendency to benefit owners and investors against local communities. Brazil, actually, is still one of the most affected countries by land grabbing. 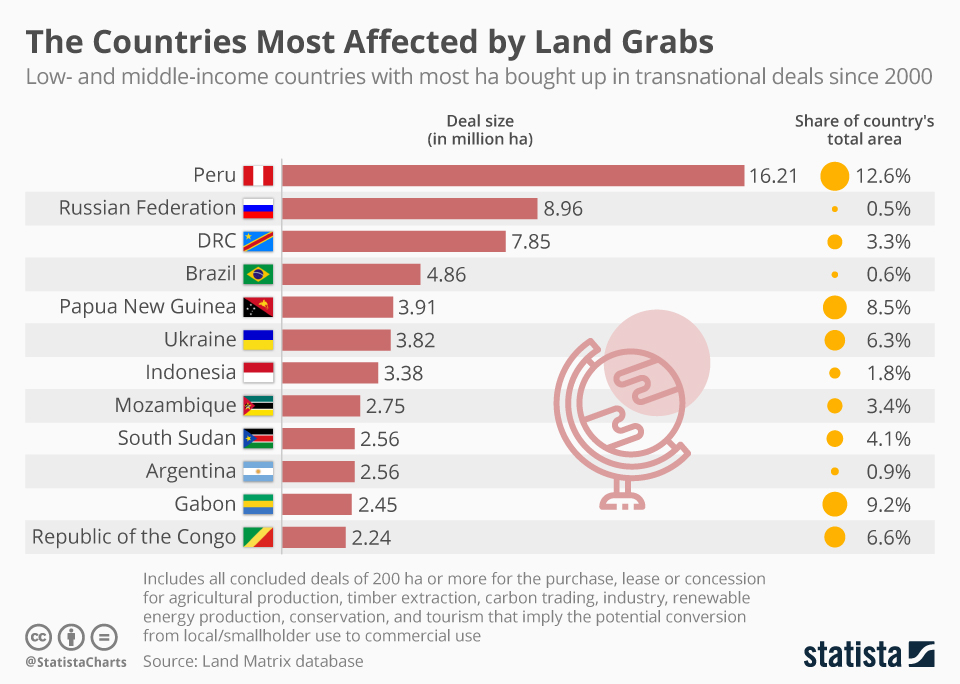 In the 21st century, Brazil sold 4.68 million hectares to foreign operators. Worldwide, only Peru, Russia and the Democratic Republic of Congo have “lost” a larger amount of land. Image: Land Matrix/Statista https://www.statista.com/chart/19044/countries-most-affected-by-land-grabs/

Amazon forest is experiencing its worst year ever

In May 2021, deforestation in the Brazilian Amazon increased by 67% when compared to the same period the previous year. The upward trend (17% year on year) is undeniable and President Jair Bolsonaro is clearly among the main defendants with the large agri-food companies as well as the financial giants that provide them crucial support.

In 2020, for example, an investigation by the NGO Global Witness revealed that banks in the United Kingdom have given over £900 million (about 1 billion euros) in funding to companies that contribute to deforestation on a global scale. The figure is worrying and raises questions. But it also implicitly suggests a viable way out. In order to protect the future of the Amazon, as well as other forests on the Planet, in other words, divestment can be crucial.

Investors can be crucial

For this reason, the funds’ initiative raises interest and hope. “The investor group’s members did not say what would happen if their targets were not met”, writes the Financial Times. “Some argue that continued engagement is preferable to selling and losing influence — a thesis often used to defend continued investment in fossil fuel producers”. But the problem is that “The Bolsonaro administration’s cavalier disregard for the country’s natural wealth is not shared by many Brazilian businesses. Companies exporting to Europe and America are alarmed by the risk of consumer or investor boycotts if government inaction makes the Brazil brand too toxic.”

Even if they share historical responsibility for deforestation, in short, today financial and non-financial firms have a great power of influence. And the hope, of course, is that they decide to use it. “It is time for investors to send a $7tn signal to Brasília that unless deforestation abates, they will sell,” writes the Financial Times.