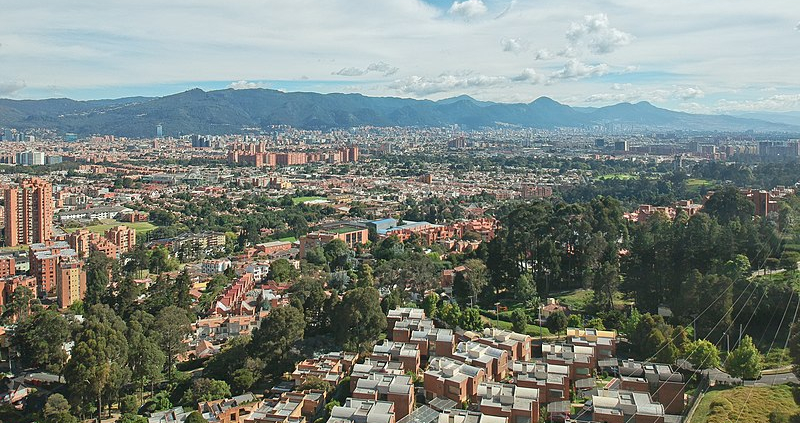 From recycling to green building, from countering land consumption to urban gardens: here’s how Latin America is becoming a leading player in the circular economy sector

With the world increasingly involved in the ecological transition, Latin America is experiencing a growing diffusion of best practices based on recycling and urban regeneration. In the region, in fact, cities are finding new solutions for sustainable development according to the Economia Circolare e Città Verdi (Circular Economy and Green Cities) report, produced by IILA (International Italo-Latin American Organization) and Italian reaserch institute Symbola Foundation. By mid-century, the authors explain, urban settlements could become home to 70% of the world’s population, thus exacerbating the climate crisis. Unless, of course, new strategies are pursued.

The list of good practices include recycling of waste, the reuse of materials and the regeneration of natural systems. The core principle of all these interventions, writes the study, “is therefore the idea of keeping the urban environment healthy to avoid degradation.” That means increasing “the quality of neighborhoods through the reuse and maintenance of existing structures.” These solutions helps to tackle soil consumption, thus offering new opportunities to the city. Expecially in Latin America, where new solutions have been introduced many years ago.

An important example can be found in the municipality of Alvarado, in Costa Rica, where in 2007 the administration launched an urban waste recovery plan. Promoted by the Asociación Recicladora Alvarado Limpio y Sano (Alvarado Clean and Healthy Recycling Association), the project has made it possible to start a separate waste collection service covering three categories: organic , ordinary and recyclable materials.

Every last Friday of the month is dedicated to the recovery of metal and unconventional products. “The percentage of recovery ,” says the report, “is estimated at 9.7% of the total, which is equivalent to 166,440 tons of waste in 2013.”

A coffee-made solution for Colombia

The potential for recycling, by the way, is enormous. In Bogota, Colombia, construction company Woodpecker “builds prefabricated structures for residential use, classrooms, bathrooms, medical facilities or schools, using recycled plastic and coffee husks”. The system is based on the use of a plastic material in which the husks replace wood fiber. It is a “light, resistant, durable, non-flammable and economical” product, which is able to enhance the value of a widespread resource (the country is still world’s third largest coffee producer).

This solution has led to the construction of more than 2,600 buildings. “Many of which”, the authors say, “in low-income areas and in places characterized by extreme emergency conditions”.

The review of best practices also contributes to the removal of a widespread prejudice. Or the idea that innovative circular strategies can be found only the richest countries. Which is totally false, of course.

“Almost every country, including emerging or developing nations, now see green transition as an economic opportunity,” says Matteo Favero, head of the Circular Economy and Green Cities project for Symbola.

For that reason, he says, “In the survey we tried to build a bridge between Italy and Latin America, where the restoration of urban green spaces is also strongly linked to sustainable agriculture”. It is precisely the protection of natural spaces that represents another major frontier in the development of best practices. The benefits, in this sense, are enormous: they range from mitigating temperatures to improving the quality of life. Not to mention the promotion of a sense of community and a short and sustainable food chain.

The report offers many examples. The municipality of Curridabatz, Costa Rica, created an urban park involving private owners. While Bogota, Buenos Aires and the municipality of Maipu, Chile, have promoted the ecological transformation of entire neighborhoods with green spaces, terraces, green building and urban gardens. Which are also at the center of many other initiatives.

One of these comes from the city of Maringà, in Brazil. Here, in 2007, the Hortas Comunitarias program was launched to redevelop public areas, promote the socio-economic inclusion of the poorest and encourage urban agriculture. The program has led to the spread of 38 orchards covering almost 110 thousand square meters. “The direct beneficiaries of the program amount to about 900 families,” the study says. “At the indirect level, the proposed actions benefit more than 5 thousand individuals, consumers of pesticide-free products.”