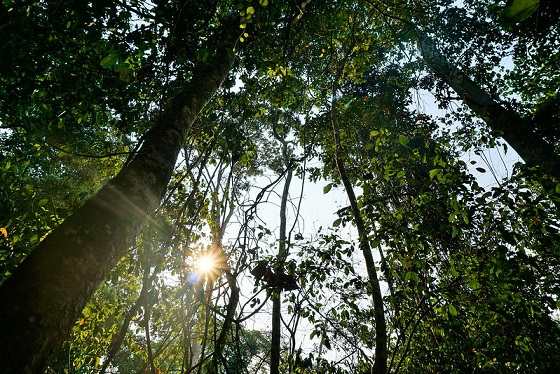 The use of drones and smartphones that can process satellite data allows indigenous communities to successfully monitor their territories thus considerably limiting deforestation, according to a study recently published in the journal Proceedings of the National Academy of Sciences (PNAS). The survey took into account the data collected in three years which showed the excellent results achieved by the initiative. Launched in 2018, the monitoring program involved three non-governmental organizations: the Rainforest Foundation US, the World Resources Institute (WRI) and ORPIO an association working in 15 river basins in the Peruvian Amazon.

Control operations conducted by nearly 80 native communities in the Loreto region of northern Peru have halved illegal logging in one year. The result could inspire other similar initiatives in different areas of the world.

The activity took place in an area of 76 villages inhabited by different communities. 37 served as a control group. The remaining 39 took part in the monitoring program based on the use of drones and smartphones. Thanks to satellite images registering changes in forest cover – a press release by Rainforest Foundation says – the system, based on an algorithm developed by the University of Maryland, was supported by the online platform Global Forest Watch and its mobile application Forest Watcher.

“Over the course of the study, indigenous technology experts in a regional data hub regularly gathered reports of suspected deforestation, including satellite photos and GPS information,” says Rainforest Foundation. “Once a month, couriers navigated the Amazon river and its tributaries to deliver USB drives with the information to the remote villages. Upon arrival in the village, the monitors downloaded this information onto specialized smartphone apps, which they then used to guide their patrols to the locations of the forest disturbances.” When faced with the most potentially dangerous situations involving drug traffickers, communities submitted evidence to the law enforcement authorities. With excellent results.

Deforestation was halved in the first year

The numbers, after all, speak clearly. Between March 2018 and February 2020, according to Reuters, communities responsible for monitoring the presence of any outsiders saved 8.4 more hectares from deforestation than their control group counterparts. In the first year, in particular, the areas under observation recorded a 52% drop in deforestation. The second year, the percentage was 21%. “These reductions in forest loss were especially concentrated in communities facing the most immediate threats from illegal gold mining, logging, and the planting of illicit crops like the coca plants used to manufacture cocaine,” Rainforest Foundation says.

In general, the program showed once again how technology – including satellites – can improve the efficiency of soil protection efforts. “Before the model was deployed,” the Foundation says, “deforestation alerts rarely filtered down to remote rainforest communities, which lack reliable access to the internet”. Villagers, in particular, “were unaware that invaders were clearing community land and they were powerless to stop them.”

The study conducted in Peru is part of a larger program that also involves communities in five other countries: Brazil, China, Costa Rica, Liberia and Uganda. A second study published in PNAS confirms how territorial monitoring has reduced illegal exploitation of resources everywhere. Researchers now hope that the good results of the trials will inspire new large-scale conservation initiatives. With obvious implications in the fight against climate change.

The research shows that the forests located in the lands of indigenous peoples around the world contain 37.7 billion tons of carbon. That’s 29 times the annual emissions of all passenger vehicles in the world. In the two-year study period, communities prevented the destruction of about 456 hectares of rainforest. With an estimated savings of more than 234,000 tons of CO2 emissions.

In native areas up to 20% of deforestation can be prevented

“Over the next decade, if nothing changes, indigenous peoples in the Amazon Basin are projected to lose 4.4 million hectares of rainforest, mostly to outsiders who encroach on their territories to cut down trees,” says Cameron Ellis, senior geographer for Rainforest Foundation US. “But if the community-based forest monitoring methodology could be widely adopted and local governance strengthened, forest loss in the Amazon could be reduced by as much as 20 percent across all indigenous peoples’ lands.” Estimates suggest the potential rescue of 415,000 of Brazil’s 2.2 million hectares of rainforest in native lands. “In Peru, 186,000 of 500,000 hectares of at-risk rainforests controlled by indigenous peoples could be saved.”