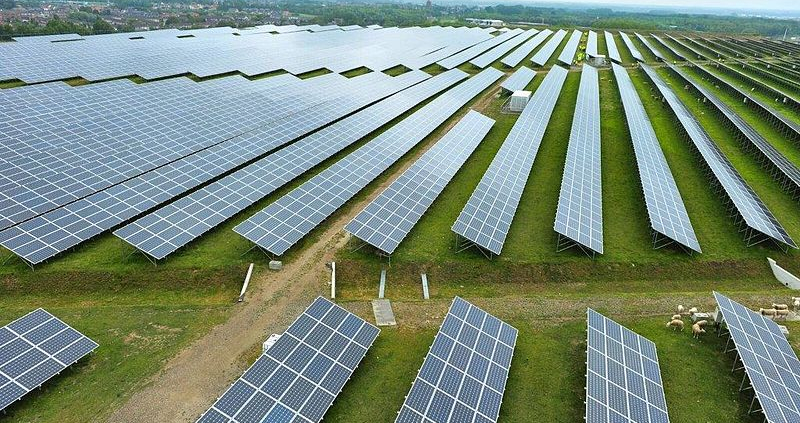 By using the action of microorganisms, it is possible to store energy in the soil, British researchers say. This solution could reduce the overall impact of traditional batteries. But for large-scale application we will still have to wait for some time

Using the soil to store solar energy? It is possible, at least in theory. Some researchers, currently engaged in a project funded by the Brtitish government through the UK Research and Innovation program, are convinced of this. Ok, it’s just a suggestion so far. But in the future, perhaps, the idea could materialize. The hypothesis, after all, is pretty simple. If it’s true that all batteries use a chemical process to transfer energy, scientists ask, why shouldn’t it be possible to use the reactions that take place continuously in the ground? And that’s where the real players in this story come in: microorganisms, of course.

The researchers’ idea is to send electricity from solar panels to a series of buried electrodes by stimulating soil bacteria to react. “If you make energy available to microorganisms, they’ll use it in some way to survive,” Michael Harbottle, one of the researchers, told Euronews. “Just like providing food, if you provide electrical energy, there are organisms who can use that to perform electrosynthesis, where they synthesise [combine] carbon-based molecules from carbon dioxide.”

This is the same principle as photosynthesis, the process by which plants absorb CO2 by transforming it into their cells, the Cardiff University scientist pointed out again. In this case it takes place underground where microorganisms use the energy to reduce carbon dioxide and produce a more complex molecule: acetate.

The substance, in effect, works as a chemical energy store. “When needed, another circuit (known as a microbial fuel cell) is switched on, which activates a different set of bacteria to break down the acetate,” Euronews writes. “These feasting bugs release electrons which flow through the circuit, providing electricity on demand.”

Microbes are resurging in decontaminated soils thanks to desorption

A revolution in energy storage?

“The pedosphere,” the researchers remark, “has tremendous value as an energy store due to its huge volume and a commensurate capacity for energy storage, that it doesn’t need to be transported or installed, and its ubiquity, being present almost everywhere on the planet and thus underpinning almost all infrastructure and energy sources where such a repository may be required.”

How the vicious circle between soil, microbes and climate change works

The soil also has an exceptional variety of microorganisms, and some of them may prove particularly suitable for the purpose. For this reason, the hypothesis of energy storage in the soil “has the potential to support powered devices and energy supply across the world.” Here’s the theory so far. But large-scale applications will still take time.

Indeed, microbial fuel cells, Euronews notes, provide only low voltages. That is why their range of use would seem to be limited for now to some low-power mechanisms (from sensors to some lighting systems).

Finally, the environmental impact: storage in the ground avoids the use of hazardous chemicals which can be found in ordinary batteries. But acetate could still give problems. The substance, in fact, is not harmful per se, but the impact of its massive use on soil ecosystem has yet to be verified.