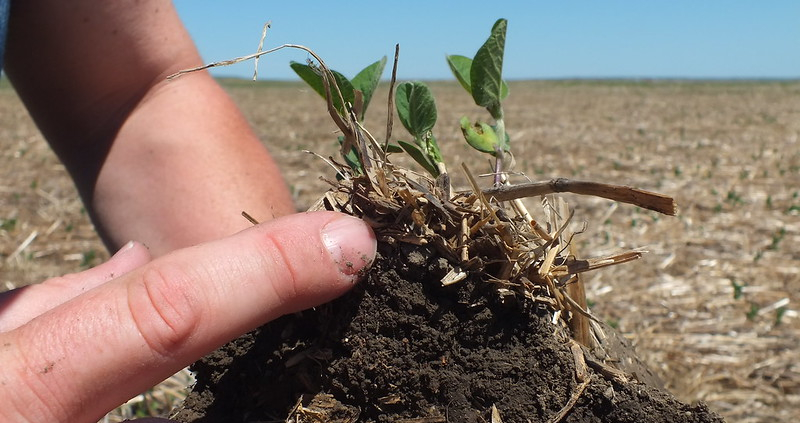 Soil microbes are essential for the ecosystem equilibrium and they are an ally for our health. This is why biodiversity protection is crucial, WHO says

There is a strong link between the preservation of optimal soil conditions and the protection of human health. This is suggested by the available data and it is confirmed, by international watchdogs. The latest is the World Health Organization which has recently joined an initiative involving the United Nations Environment Programme (UNEP) and FAO, among others.

“Ecosystem restoration can significantly contribute to supporting health and well-being by helping to regulate infectious diseases, supporting food and nutrition security, and contributing to climate mitigation and adaptation”, WHO said in a press release. This idea will be emphasized again in July when the organization will host an online event as part of the #GenerationRestoration program, which is being promoted by the UN following the publication of a report on soil degradation on the Planet. This trend covers almost two billion hectares and “is already affecting the well-being of an estimated 3.2 billion people – that is 40 per cent of the world’s population.”

Invisible life therefore impacts the soil. The crucial role played by microorganisms in the functioning of the soil ecosystem is well known. Not so much, perhaps, is their effect on human health.”Contact with a diverse range of microbes in our environment is also essential for bolstering our immune system,” the WEF said. “Microbes found in environments closer to the ones we evolved in, such as woodlands and grasslands, are called “old friend” microbes by some microbiologists. That’s because they play a major role in ‘educating’ our immune systems.”

Although some members of the category can be called pathogens, in short, an incalculable number of microorganisms have a positive impact on our health. At the end of 2019, a research by the University of Helsinki compared data on the Russian and Finnish populations living along the border of the Karelia region. In short: the inhabitants of the Russian side were more exposed to the natural environment and its microbes while showing a lower concentration of allergic and inflammatory phenomena. The Finnish sample, which was more urbanized, showed a higher incidence of these illnesses.

The scientists’ assumption is that microbial diversity, including soil biodiversity, influences the composition of the human microbiome or the population of bacteria, fungi and others that live in symbiosis with our body. A lower exposure to this biodiversity, concluded the researchers, would instead result in a loss of efficiency of the immune system, thus promoting the occurrence of inflammatory diseases and allergies.

Take action in the cities is crucial

“Support for allotments and community gardens could provide free, nutritious food and exposure to helpful microbes in one fell swoop, while sessions that teach people how to grow their own food could be prescribed by health professionals.” This strategy, the Forum says, should be crucial in shaping every post-pandemic recovery plan.