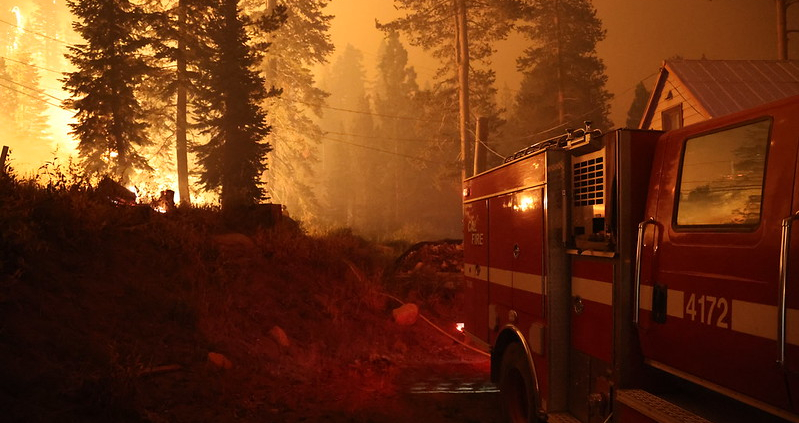 Prompted by climate change, wildfires are devastating larger portions of the forests that generate the emission credits sold to the corporations

Escalating wildfires in the US may undermine the CO2 offsetting strategies of large companies. According to the British newspaper The Independent, the problem seems to affect in particular Microsoft and BP, the UK oil giant with a strong presence in America. The heart of the matter is all about forest protection projects, which are used to generate emission credits that can be sold to buyers in the so-called carbon market. The destruction of woodlands, some managers say, is now reducing their carbon capture potential and creating a huge gap.

Corporations are betting on forests

Forests are estimated to provide a net absorption of 7.6 billion tons of carbon globally. Or 1.5 times the total emissions recorded each year in the U.S., according to Forbes. For this reason, companies are increasingly focusing on forest conservation projects, financing them or purchasing the credits they generate. BP, Financial Times says, has spent over 100 million dollars to acquire emission permits linked to the Colville project. A forest conservation initiative that involves nearly 500 thousand acres in Washington State and is producing credits traded in California.

Earlier this year, Microsoft has spent an undisclosed amount of money to buy permits for 1.3 million tons of CO2. 1.1 million of them were tied to forest conservation projects. Last year, the U.S. tech giant acquired bonds for 240 thousand tons from a single environmental program in Klamath County, Oregon.

Wildfires cause long-term damages to soil. A couple of lessons from the US and Europe

Risks are not hedged properly

Now wildfires put conservation plans and emission-trading schemes at risk. “Fires ignited by lightning in July swept through the Colville Indian Reservation in Washington, prompting evacuations and damaging a project that BP buys offsets from,” writes the Financial Times. At the same time, “In Oregon, the Bootleg fire near Klamath Falls has caused widespread devastation, and burnt through part of a project, Klamath East, that provided Microsoft with offsets.”

And the solutions? They are currenlty nadequate, Danny Cullenward, policy director of the Californian non-profit organization CarbonPlan, told the Independent. In order to hedge the risk of a natural disaster, he said, part of the emission credits end up in a sort of insurance fund. This mechanism, called buffer pool, shows very little efficacy. For the Colville project, the British newspaper says, “despite the carbon offset forest being located in a very fire-prone, eastern area of Washington, participants only had to contribute 2 per cent to the buffer pool.” 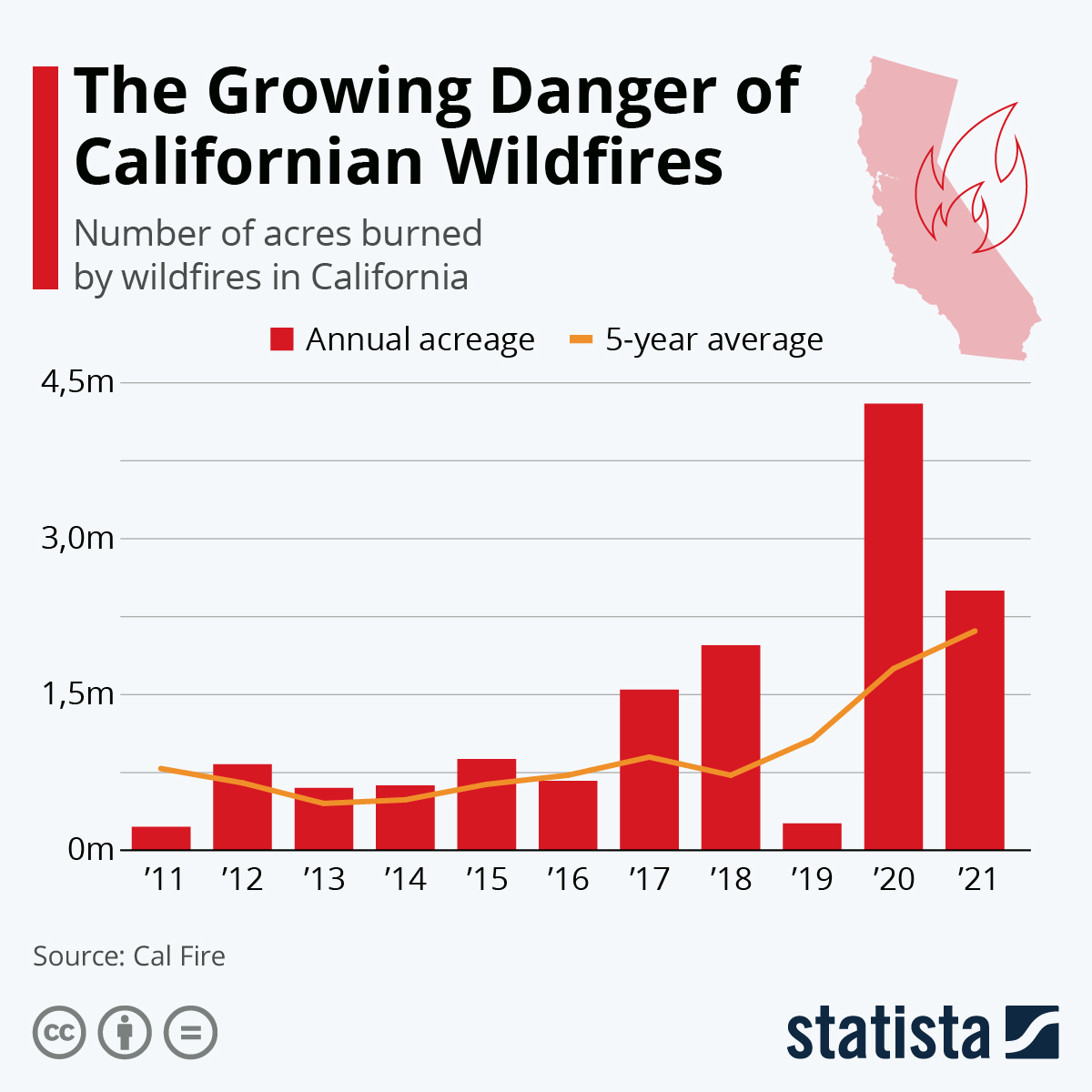 The destructive power of California’s wildfires has been growing in recent years, according to the state’s Department of Forestry and Fire Protection. Source: Statista

Wildfires are on the rise pretty much everywhere. In recent years, the destructive power of fire, expressed in the extent of the burned area, is clearly growing in California, said the State Forestry Department. In 2020, according to a recent research involving several American and foreign universities, the economic damage suffered by the State, including direct and indirect costs, amounted to 102.6 billion dollars. The situation in Europe, where climate change and poor soil management are key factors, is also worrisome. In 2019-20, said the EU Commission, the fire season was longer than in the past while the number of wilfires and the burned area exceeded the average of the last twelve years.