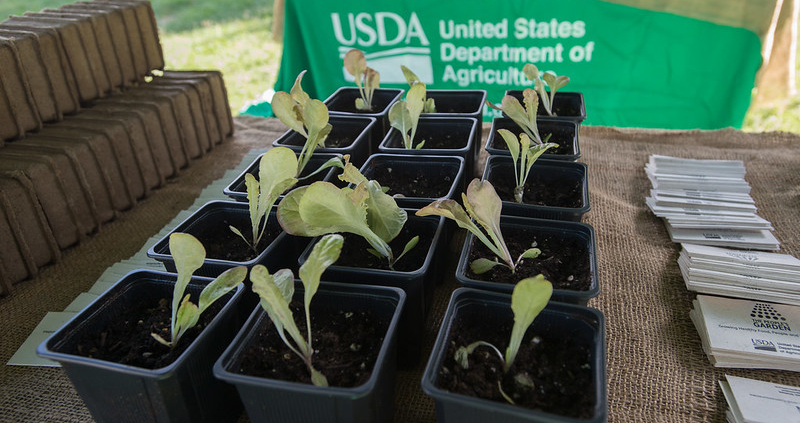 While the world is increasingly aware of reforestation benefits, a new threat is complicating soil restoration plans: seed shortage. The alarm is sounding in the US, where 17 environmental scientists have exposed the delays in seedling generation. The study, published in Frontiers in Forestry and Global Change journal and reported by Wired magazine, highlights in particular a current annual gap of 1.7 bn units. To achieve a reforestation target of 26 million hectares by 2040 (with an estimated additional carbon capture of 131 million tons), say the researchers, nurseries should increase their production by 2.3 times. Such a change implies a strong public and private financial support and the introduction of specific incentives for landowners.

To date, experts say, only one-third of U.S. reforestation lands are treated with nursery-grown seedlings, while the others are left to natural regeneration. At the same time, the Forest Service of the Department of Agriculture is only able to intervene on just one-fifth of the land that would require reforestation. And wildfires are helping to widen the gap.

Declining nurseries – with 28 closures since 1995 – go hand in hand diminishing seed storage and processing facilities, whose number ” steadily declined during the last several decades.” Despite recent increases, current production level – estimated at 1.3 billion seedlings per year – is therefore not enough to meet the requirements. 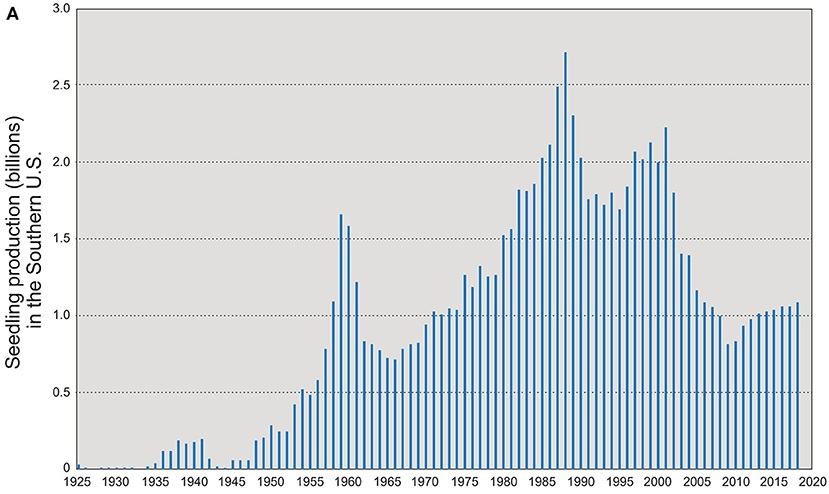 Many key factors are shaping a long-term trend. Budget cuts by the federal government, of course, as well as climate change contributing to reduced seed availability. In addition, harvesting professionals, who are essential to a successful reforestation process, are disappearing. “Seed collecting is a profession on the verge of extinction” writes Wired magazine. “It’s an extremely technical job since harvesters must be arborists. As well as being able to climb trees, figure out how many seeds can be collected without endangering the health of the plant and at what time.” Just like traditional farmers helping to preserve ancient seeds around the world, these professionals, in other words, show special skills and cannot be easily replaced.

“We are running out of people,” admits Marcus Selig, vice president of field programs at the National Forest Foundation, an organization established by Congress in 1992 and based in Missoula, Montana. But problems, Wired observes, are emerging all along the production chain. In nurseries, where seeds are cultivated for about a year before generating seedlings, the seasonal worker shortage is well known. And immigration restrictions, says the study, are making everything harder.

More money is the only solution

Perhaps the most obvious problem is the high cost of planting. Recently, according to the National Forest Foundation, as reported by Wired, “a single project to plant 8,000 trees in California cost $300,000 just in site prep.” Researchers also estimate “it would cost $33 billion—about a dollar per tree—to plant 34 billion trees across public lands, national forests and reclaimed agricultural land.”

An influx of new private and public funds, is therefore essential. The recent Replant Act has already been introduced into Congress; if passed “it would quadruple the Forest Service’s Reforestation Trust Fund for forestry work and nursery development”, which is currently standing at $30 million a year, a figure unchanged since the 1980s.