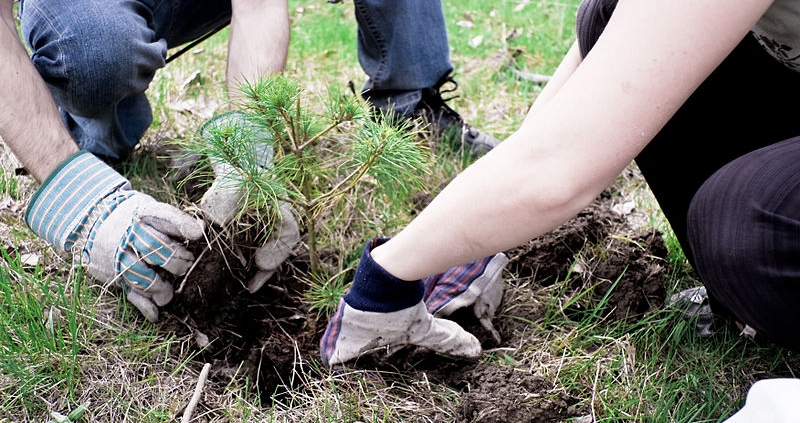 Planting new trees is not enough: in order to optimize carbon sequestration and promote biodiversity, reforestation must follow particular criteria. An Italian researcher from Richmond’s Royal Botanic Gardens has combined them into a decalogue

Reforestation is generally considered a very useful practice for the health of both environment and soil. But when carried out in an inappropriate way, it may prove itself useless or even harmful, generating, for instance, an unsuspected increase in CO2 emissions. This is argued by a group of researchers led by Alice di Sacco of the Royal Botanic Gardens in Richmond, UK, according to an investigation published in Global Change Biology review. The study highlights existing issues and suggests “ten golden rules” to guarantee that targets are met.

In recent years, the issue of deforestation and its consequences – from the contribution to climate change to the loss of biodiversity – have shone a light on the importance of land regeneration. In 2011, campaigners launched the so-called “Bonn Challenge” with the aim of restoring 350 million hectares by 2030. To this day, say the researchers, there are 89 reforestation projects underway worldwide involving 63 organizations and governments covering 173 million hectares. No doubt that’s a good news, we might say. But according to the researchers “concerns are growing that several ambitious initiatives are falling short of delivering on the three key objectives of carbon sequestration, biodiversity recovery and sustainable livelihoods.”

When reforestation is harmful

Some restoration operations, explains the research, have resulted in some collateral damages such as alteration of native biodiversity, increase in invasive species, reduction in pollination services and growth in CO2 emissions driven by a decline in soil carbon capture. “These negative outcomes – researchers say – are mostly associated with the extensive use of exotic monoculture plantations.”. According to some estimates, “only one third of commitments under the Bonn Challenge aim to restore natural forests”. 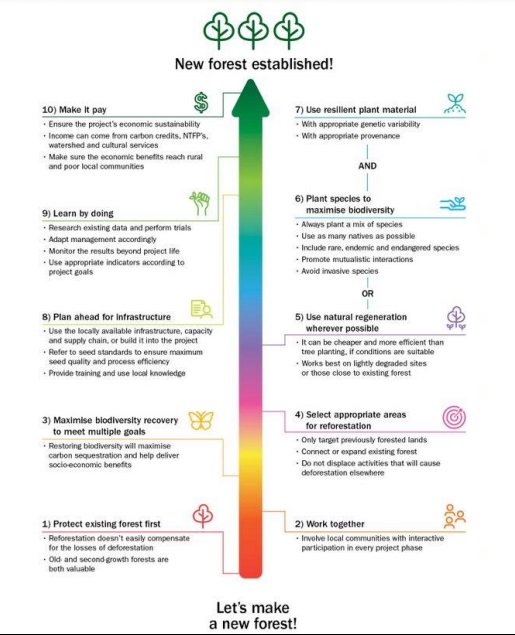 That’s why the first rule of any good reforestation is “to protect the existing forest,” the researchers say. The projected regeneration of the ancestral biome in the Brazilian territory of Vale do Rio Doce promoted by the Instituto Terra of Sebastião Salgado and Lélia Deluiz Wanick, we could say, is an outstanding case of best practice. A negative experience, on the other hand, is the initiative launched by the authorities of Madagascar who have tried to regenerate their country’s degraded eastern planes using non-native species at odds with native biodiversity. And it is precisely the protection of the existing environment that inspires the first of the ten golden rules formulated by the researchers. Here the full list:

Before planning reforestation, always look for ways to protect existing forests, either old-growth, secondary or planted.

Involve all stakeholders and make local people integral to the project

Avoid previously non-forested lands, connect or expand existing forest, and be aware of displacing activities that will cause deforestation elsewhere

5. Use natural regeneration wherever possible

Natural regeneration can be cheaper and more effective than tree planting where site conditions are suitable.

8. Plan ahead for infrastructure, capacity and seed supply

Base restoration interventions on the best ecological evidence. Perform trials prior to applying techniques on a large scale. Monitor appropriate success indicators and use results for adaptive management.