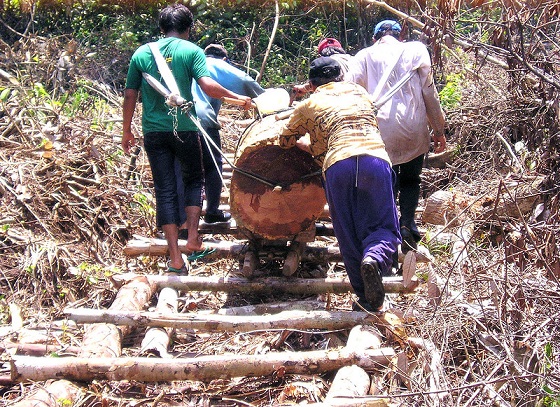 The illicit timber trade is worth $100 billion a year. And it is a well-known driver of deforestation. A new web tool aims to tackle it

Authorities are known to have a crucial role in fighting the illegal timber market, one of the main drivers of deforestation. One of the main tasks is the adoption of stricter rules requiring, in particular, to prove the legal status and the source of the raw material. But getting oriented in a variety of national legislations is not always easy. That’s the main reason behind the implementation of a new online tool launched by FAO. Developed with the support of the Japanese government, TimberLex program “provides information on legislation relating to forest management, timber production and trade from 46 timber consumer, processing and producer countries.” 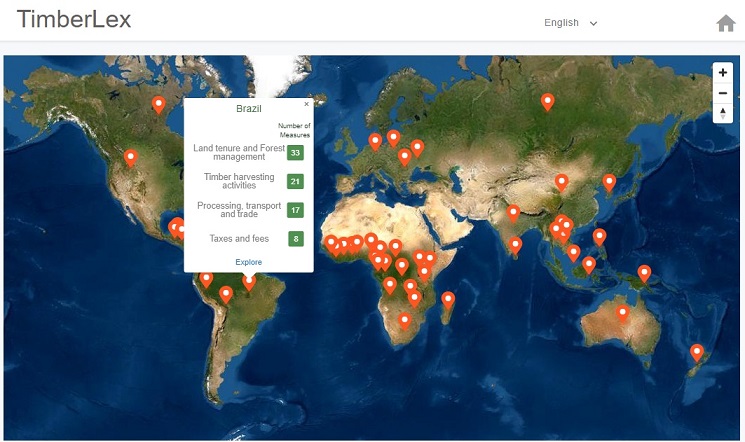 Timber market in the spotlight thanks to the TimberLex web tool. Each country has its own specific report on the legal instruments available. © FAO 2021, TimberLex https://timberlex.apps.fao.org/ Open Access

Legal information across the value chain

As part of the FAOLEX system, which offers the world’s largest digital collection of national laws and regulations on food, agriculture and renewable natural resources, the website “allows easy access to national legislation in three languages,” FAO said. TimberLex also “points users to specific measures and verbatim citations within legal texts and allows easy and direct comparison between legal frameworks.”

Within the online database it is possible to browse country profiles and the legislation governing the different stages of the timber value chain: land ownership and forest management; timber harvesting; processing, transport and trade; taxes and duties. The website, says FAO, “is aimed at legislators, policymakers, forestry departments and law enforcement officers, private sector producers, processors and traders, civil society and non-government organizations.”

Up to $100 billion in annual revenue from illegal timber

According to Interpol quoted by WWF, illegal logging and the trade of illegally harvested material accounts for 15 to 30% of the global timber market. With an estimated turnover of $30-$100 billion per year. In some critical areas, such as the Amazon region, Central Africa and Southeast Asia, the incidence of illicit activities on the sector as a whole is well above average, reaching a variable share of 50% to 90%.

Some of the most troubling cases are reported in Russia, where a quarter of exported wood is said to be of illegal origin, Indonesia (40-61%) and Gabon where the share of the black market reaches 70%. The African nation, however, only uses its lower-value forests for the timber sector. On the other hand, Gabon is protecting areas with greater biodiversity through a conservation and climate protection program. “Improved enforcement of forest laws and increasing regulation of trade in wood products is helping reduce illegal logging,” WWF says. “But it continues to undermine legal trade and much more needs to be done to halt it.”

A threat to the rights of local communities

According to the American Forest & Paper Association, also quoted by WWF, illegal logging contributes to a 7% to 16% drop in timber prices on the legal market, depending on the product. For U.S. companies alone, this bias results in $460 million annual losses or more. According to World Bank estimates, the total bill for legal operators rises to $10 billion. In addition, governments suffer $5 billion more losses. But the worst affected, of course, are poor communities that are completely dependent on forests.

“Around the world, many forest-dwelling communities have little control over ownership of their land,” WWF says. “This makes them vulnerable to outsiders who try to gain access to their forest, which may cause repression and human rights violations. Or just plain exploitation.”