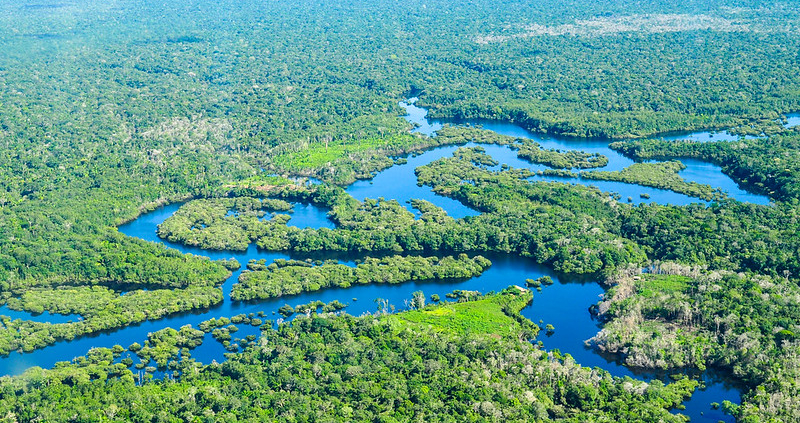 Over the past decade, emissions from the Planet’s largest forest exceed the amount of carbon absorbed by 20%. The degradation caused by fires and droughts, an international research says, is three times more dangerous than deforestation

Over the past decade, Brazil’s Amazon rainforest has released more CO2 than it has been able to store. This is the shocking result of a survey conducted by a team of researchers who used satellite monitoring – a technique which is becoming increasingly popular in climate and soil analysis – to measure carbon storage. The main factor is the degradation of the area, which has long been subject to deforestation. A problem that the Brazilian government is struggling to address.

The study, which involved the Paris-based Institut national de la recherche agronomique, the University of Oklahoma and the University of Exeter, UK, and was published in Nature Climate Change, covered the 2010-2019 period. Over that time frame, the researchers explain, the Brazilian Amazon experienced a cumulative gross loss of 4.45 billion tons of carbon compared to a total uptake of 3.78 billion. This results in a net loss of 670 million tons.

Carbon loss from forest degradation is potentially larger than that from #deforestation in the Brazilian #Amazon, according to a new forest mapping study.

Thriving #nature must account for more than measurements of hectares and land quotas.

Land degradation is the top contributor

Key factors include deforestation, which, according to the study, accelerated dramatically in 2019, eating up 3.9 million hectares compared to about 1 million recorded in 2017 and 2018. But the indiscriminate tree cutting isn’t th only responsible.

Deforestation, researchers say, is directly linked to no more than 27 percent of the overall loss. While degradation is responsible for 73%. To put it simply: forest devastation only accounts for a fraction of the total loss; while partial damage to forest areas or degradation has become the main factor in the release of CO2 into the atmosphere.

Land degradation is driven by deforestation itself but also by wildfires and drought, two climate-related factors that generate increased tree mortality. “Degradation is a pervasive threat to future forest integrity and requires urgent research attention,” said Stephen Sitch, a professor at Exeter’s Global Systems Institute and co-author of the research.

Sitch also stressed the importance of Brazilian events for the global picture. “We all know the importance of Amazon deforestation for global climate change.,” he said. The area, according to researchers, represents 50% of the world’s rainforests surface. Which are crucial areas in terms of carbon cycle, biodiversity and climate regulation.