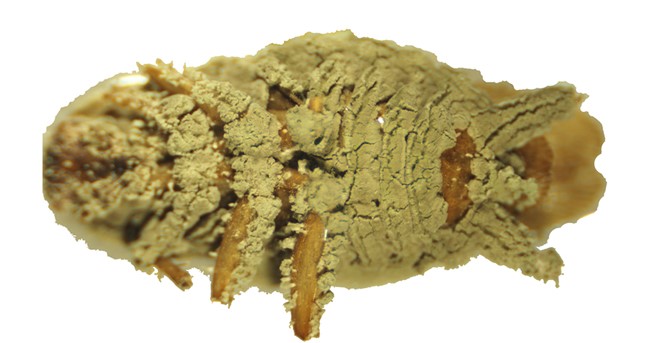 A fungus that can break down mercury-based organic forms into less toxic inorganic substances protects plants by allowing them to survive in contaminated soils, a Sino-American study has found

A fungus, called Metarhizium robertsii, is reportedly able to remove mercury around plant roots, thus preventing its uptake. The remediation operation, moreover, occurs as much in the soil as in fresh or salt water. These findings come from a study published in recent weeks in the journal Proceedings of the National Academy of Sciences (PNAS).

The fungus analyzed “stops plants from taking up mercury” Raymond St. Leger, professor of entomology at the University of Maryland and co-author of the study with researchers at Zhejiang University in Hangzhou, China, explained in a statement. “Despite being planted in polluted soil, the plant grows normally and is edible.”

The focus on Metarhizium is not accidental. Scientists had previously observed how this fungus colonizes plant roots, protecting them from herbivorous insects. Moreover, this particular microorganism is often one of the only living things found in soils from toxic sites such as mercury mines.

No one, however, had ever been able to explain how the fungus survives in those conditions and what implications this has for the plants that host it.

By analyzing the growth of laboratory-grown corn, the researchers identified two genes that are responsible for remediation, The genes were then extracted to be implanted into another fungus. The modified microorganism acquired the ability to decontaminate. This ability also disappeared from the Metarhizium from which the genes had been taken. The researchers were thus able to test the validity of the hypothesis.

Fungi are crucial for bioremediation

Microbiological analyses revealed that the genes produce enzymes that break down highly toxic mercury-based organic forms into less harmful inorganic molecules. “Our work,” the research reads, “reveals the mechanisms underlying mercury tolerance in fungi, and may provide a cheap and environmentally friendly means of cleaning up mercury pollution.”

The study thus contributes to provide new informations on the various aspects of bioremediation, a practice that relies on the use of specific microorganisms capable of biodegrading pollutants and on interventions to modify soil conditions to encourage the development of microbial fauna.

The proper application of these techniques, a FAO report said early last year, can produce remarkable results. In the case of an oil spill, the survey said, soil bacteria and fungi can reduce the amount of contamination by 85 percent.

Researchers have announced that they plan to conduct new experiments in China to test the possibility of turning toxic environments into productive arable land. To date, they recall, methods of cleaning up polluted soils require removing or neutralizing toxins from fields, which is a time-consuming and expensive process. The hope is that this process can be replaced by simply adding Metarhizium to the seeds of the plants to be grown.

Finally, the fungus has also been shown to break down mercury in wetlands and waterways. This property may prove decisive in addressing a problem that is worsening with climate change. Indeed, melting ice, scientists say, accelerates the release of the toxic metal into soils and oceans. Thus calling into question the need for action to restore both soil and marine environments.