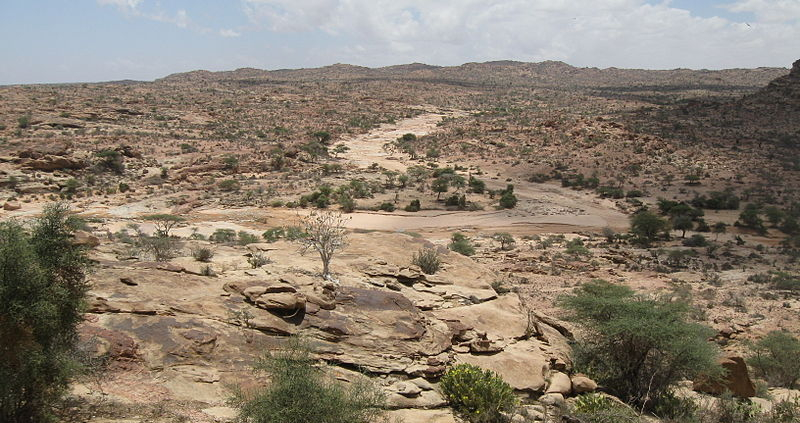 In Somalia, the illegal charcoal trade has encouraged deforestation and drought. A U.N. initiative now aims to restore degraded land. But food crisis remains a threat

Somalia is trying to tackle deforestation with UN support, by restoring land that has been devastated by years of illegal logging and smuggling that have produced serious consequences. “The disappearance of the region’s tree cover has sped soil erosion and robbed the land of its ability to hold water, a daunting combination in a country suffering through its worst drought in 40 years,” explains UNEP, the United Nations Environment Program.

The intervention also focuses on planting acacia, a tree which is capable to “play a pivotal role in Somalia’s hot and arid climate”. These trees, in fact, “improve soil fertility by storing water, fixing nitrogen, a key fertilizer, and reducing surface run-off and soil erosion during the rainy season.”

Acacia’s presence has declined over the years due to the illegal trade of charcoal, which is made from the combustion of the trunks and branches. In some areas, UNEP reminds, trees are declining at a rate of 5 percent per year, encouraging the growth of drought.

“By reducing agricultural production to extremely low levels, drought dramatically increases the prices of essential foods such as cereals, beans, vegetables and fruits, meat and milk, generating severe food insecurity, malnutrition and even hunger and famine,” notes a report by the United Nations Convention to Combat Desertification.

Climate change has also been contributing to exacerbate the problem in recent years. The current drought wave in the country, UNEP notes, has already led to the death of seven million livestock. While the supply of resources on the world market is made particularly complicated by the economic and geopolitical scenario. “Last year, 53 percent of the food that the World Food Programme received in Somalia came from war-torn Ukraine and global food prices are skyrocketing,” the UN organization says.

Smuggling and conflict are threatening Somalia

The use of charcoal in Somalia is still widespread partly because of poor access to electricity. Also fueling its market, however, is demand from foreign countries: poor nations like Yemen or rich ones like Saudi Arabia and the United Arab Emirates. Although exports were formally banned as early as 1969, efforts to fight the illegal trade have proven ineffective mainly because of the chronic instability that has characterized Somali institutions since 1991, when the bloody and and still ongoing civil war began.

Launched in 2016, the Programme for Sustainable Charcoal Reduction and Alternative Livelihoods (PROSCAL) aims to offer support to Somali officials committed to enforcing the marketing ban. But it also encourages the development of alternative energy sources, workers’ employment and the restoration of degraded soils.

The program, UNEP explains, “is designed to help make communities more resilient to threats like those, in part by tree planting.” As of today, “Two nurseries have been established, in Gobweyn and the village of Yontoy, in a bid to support land reclamation and provide sustainable livelihoods to villagers.” In addition to providing fuel-efficient stoves and solar panels, the initiative has enabled some 12,000 households to replace charcoal with gas in their kitchens.

The first part of the program will end in December this year, and there is hope that the projects can be expanded nationwide. The Somali government has reportedly already begun discussions on this with the three agencies involved in the project: UNEP, UNDP and FAO.