The European Commission is working on a legislative proposal that introduces measures to combat EU soil degradation. To hear the point of view of experts and citizens, it launched a public consultation. Objective: to identify the actions considered most effective and shared. Deadline to participate: October 24th

How important is it to introduce binding rules to protect the soil? Are all the soils worthy of equal protection? Are the causes of land degradation sufficiently addressed at national and EU level? Should a possible Community law approved by the European institutions impose legal obligations and objectives on the Member States to be achieved by 2050? And should each state be obliged to periodically and publicly monitor the health of its soils?

These are just some of the questions that make up the public consultation on soil health launched by the European Commission. Recipients: all European citizens and experts from universities, research centers, national institutions, local authorities of the various EU countries. Each of them can participate by registering on the Commission’s website and answering the questionnaire by next 24th October.

Soils provide 95% of the food we eat.

And the #EUSpace Programme contributes to monitoring the health of the soil with its satellites.

We have recently launched a public consultation on a possible EU Soil Health Law. #EUHaveYourSay on our proposal👉https://t.co/zNG1C43G8Y pic.twitter.com/oJrRGwKnpB

Collect opinions from citizens and experts

The objective of the consultation is twofold: on the one hand, to collect the greatest number of opinions and points of view of European citizens, to understand how much the problem of soil degradation is actually felt and which rules could garner adequate consensus in public opinion continental. In fact, some of them, especially if they were to contain binding obligations for the various EU states, would have direct consequences on lifestyles and national economies (just think of any bans on concreting or sealing land with a high agricultural value). On the other hand, in the consultation we also want to collect the professional opinions of those who work with the soil theme on a daily basis.

Alongside the 13 questions intended for the general public, there are 7 more technical questions. Make way for pedologists, biologists, agronomists, engineers, geologists, physicists, climatologists and in general to anyone with specific skills in soil matters.

Answering the questionnaire is very simple: you have to log in by registering and indicating your profession and any role in some organization that revolves around the soil theme. Then, it takes about ten minutes to complete the first part and another quarter of an hour for the section dedicated to “professionals”.

The participatory path towards the EU legislative proposal

The EU consultation is the second step in the process that will lead the Commission to adopt a legislative proposal by the second quarter of 2023. Previously, between February and March, a “call for evidence” was launched which allowed all interested organizations to provide its own point of view on soil care, providing proposals, empirical evidence on the expected benefits, undesirable effects and issues that should be included in the future legislation of the Union.

All this is part of the more general EU Strategy for soil “Healthy soils for the benefit of people, food, nature and the climate”. It, recalled from Brussels, “provides that all EU soils are in a healthy condition by 2050 and that the protection, sustainable use and restoration of soils become the norm”. 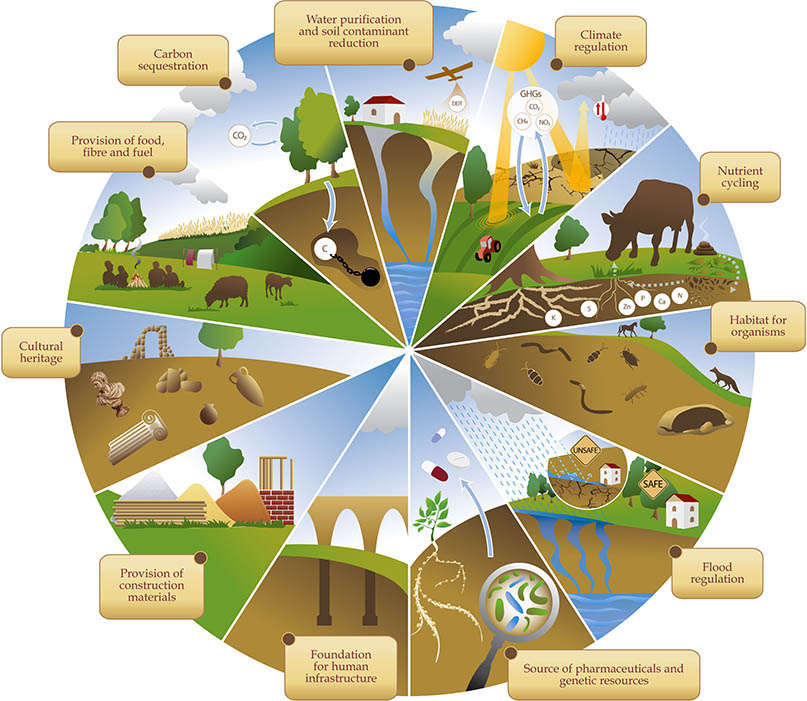 The alarm of the EU for the fragility of terrestrial ecosystems

The need for the future European soil law is caused by the “severe degradation processes” which continental soils are subjected to. In fact, the introduction to the public consultation reminds us that the soil, an extremely complex, variable and living element, hosts over 25% of all the planet’s biodiversity and is at the base of the food chain. “This fragile layer of a few centimeters will have to provide food and filter water for a world population that will amount to nearly 10 billion people by 2050″.

Yet today “60-70% of the EU soil ecosystems are not in good health conditions and suffer constant degradation, with a consequent reduction in the ecosystem services provided. Soil erosion, its waterproofing (i.e. covering with concrete or other impermeable materials), waste of excavated earth, compaction (i.e. soil compression that prevents water infiltration), widespread contamination and localization, salinization and drainage of peat bogs are the main factors of land and soil degradation. Due to climate change and unsustainable soil management, most of these factors are not expected to improve in the years to come, which will lead to a further reduction in ecosystem services”.

A criticism of the lack of effectiveness of national regulations

Moreover, the adoption of a legislative text at European level is also linked to the need to overcome the inaction of many Member States. Some of them, such as Italy, for example, do not yet have a law that prohibits the net consumption of land or provides for protections in favor of land with a high ecological value.

“The causes and consequences of land degradation do not stop at borders,” recalls the Commission. “The heterogeneous and fragmented way in which Member States tackle the problem of soil degradation has created a difference in treatment between the various economic operators, who are obliged to respect different rules on soil protection while competing in the same market. It also prevented us from halting soil degradation in the EU and restoring soils effectively ”. A consideration that cannot but be read as a criticism of the Member States’ inability to seriously address the issue and which therefore justifies intervention at European level.