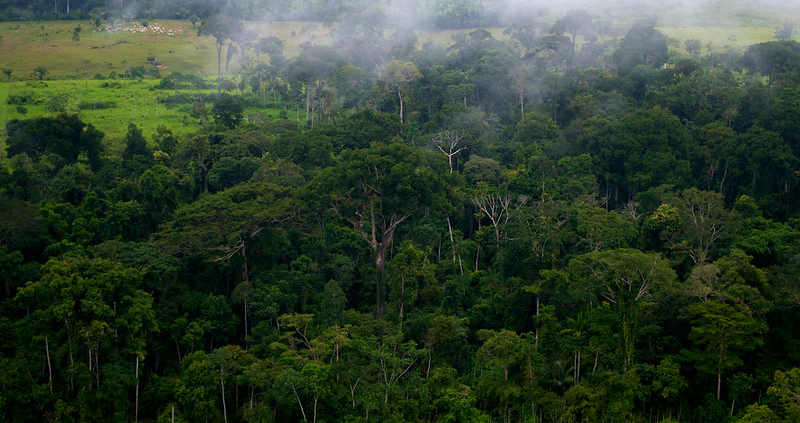 The results of the latest FAO survey: agriculture and livestock fuel forests destruction. Tropical regions are the epicenter of the problem. The protection of forested areas could save 3.6 billion tons of CO2 each year

Despite a slower rate of destruction, forests are still in danger, says FAO as its latest survey is officially launched. “The rate at which our forests are disappearing slowed by nearly 30 per cent from the first decade of the century to the period from 2010-2018”, the UN organization says. “But the earth’s tropical rainforests are still under the greatest threat, whether from livestock grazing in South America or expansion of croplands such as oil palm plantations in Asia.”

Get a bird’s eye view of the world’s forests as revealed by @FAO's latest remote sensing survey.

Tropical forests at the epicenter of the problem

In the 2nd decade of the century (2010-18) forest destruction has affected an average of 7.8 million hectares per year. That is 20% less than the figure recorded in the first decade (11 million). In addition, the net deforestation (the balance between the amount of deforested areas and the amount of areas subject to restoration) has also decreased from 6.8 to 3.1 million hectares per year in the comparison between the two decades.

Among tropical areas, the situation in Central America, the most affected by land use conversion, is particularly serious. Here, FAO says, “30.3 percent of forest in the tropical moist ecoregion and 25.2 percent of tropical rainforest were lost in 2000–2018.”

During the period under scrutiny, Global Forest  Resources Assessment Remote Sensing Survey says, South America remains the most affected region with 68 million hectares destroyed compared to 49 in Africa. On a global scale, 90% of deforestation affects tropical forests. In the twenty-year period observed, they lost 157 million hectares, “roughly the size of western Europe.”

Unsustainable agriculture and livestock in the crosshairs

Presented at the XV World Forestry Congress in Seoul in these days, the study has highlighted the weight of agricultural expansion, which is responsible for 50% of deforestation. Intensive livestock farming is in second place, having contributed to 38.5% of forest destruction in the two decades under review. The case of palm oil is impressive: the sector alone has fueled 7% of the total deforestation detected in the period.

Finally, some good news as well: “Planted forest area increased by 46 million hectares in the period 2000-2018”, riferisce la FAO. “Almost one-quarter of forests planted in this millennium replaced naturally regenerating forests, with half of this area in South and Southeast Asia.”

The Seoul summit also hosted the presentation of the latest State of the World’s Forests Report 2022. The study revealed the impact of forest protection policies on the management of the climate crisis. Stopping the destruction of forests, notes the research, can generate savings equivalent to 3.6 billion tons of CO2 per year from now until 2050.

In addition, restoring degraded soils with increased tree cover over the next 30 years would produce an additional savings of 1.5 billion tons of carbon dioxide. Equal to the annual climate impact of 325 million gasoline-powered cars in terms of greenhouse gas emissions.