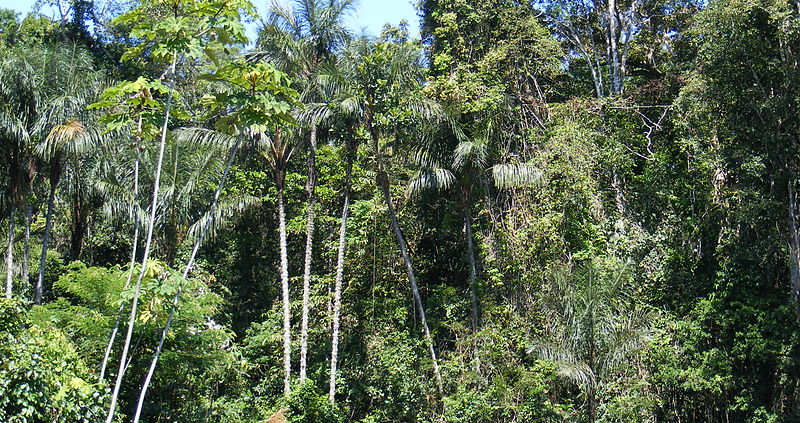 Deforestation has affected an area of 680 square kilometers between the Huánuco and Ucayali regions in the center of the country. Between 2013 and 2021, the territory lost 15 percent of its tree cover

Drug trafficking fuels deforestation in the land of the native Kakataibo community in central Peru. A phenomenon that is also experiencing an acceleration due to the government’s failure to intervene says American NGO Mongabay. The area under investigation covers 680 square kilometers between the Huánuco and Ucayali regions in the center of the country. “Satellite data from Global Forest Watch (a monitoring initiative promoted by the U.S. nonprofit organization World Resources Institute, ed.) show the territory was relatively unscathed until 2013 when deforestation surged,” the organization writes. “By 2021 the territory had lost nearly 15% of its tree cover.”

Epicenter of the problem is the Puerto Nuevo area, one of the “10 most deforested community territories in all of Peru between 2000 and 2015, according to a study conducted by Instituto del Bien Común.” The Kakataibo community has reported other deforestation operations suffered in its territories in the Santa Marta and Unipacuyacu areas.

“Drug trafficking is advancing more every day,” said Herlin Odicio, president of Fenacoka, the Native Federation of Kakataibo Communities quoted by Mongabay. In the occupied territories “The plants that are there are coca; they are not other crops.”

The problem, some say, is that coping with these attacks is becoming increasingly difficult. As much because of the dangerousness of those involved as because of the lack of initiative by the authorities. “More than four, six, eight years ago, they were invading, in succession, and the government does not guarantee any support for us,” Puerto Nuevo community president Elías Mosoline explained to the U.S.-based NGO. “We want this to end so that [we can] live in tranquility and in harmony. We live in fear and we cannot go to our farms.”

Vladimir Rojas, an expert working with the Specialized Environmental Prosecution Office in Ucayali, denounced the lack of efforts by authorities. In 2019, writes Mongabay, Rojas had coordinated with the prosecutor’s office and the Peruvian police’s anti-drug division to conduct an operation in Puerto Nuevo. The operation, however, never materialized.

Jorge Mendoza, director of the Office of the Ombudsman in Tingo María, explained to NGO that political instability poses an additional problem for protecting the rights of indigenous communities in the area. Under indictment, in particular, is the constant change of governors, directors, regional managers and officials, who are often called upon to deal with situations for which they do not seem to have adequate skills.

Amazon forest, a walnut can make a difference for local economy and climate change

The link between narcos and deforestation

The role of narcos in the growth of deforestation is not limited to Peru only. In March of this year, for example, the magazine Diálogo Americas reported the spread of arson in Honduras where in 2021 flames would have destroyed more than 90 thousand hectares of forest.

Part of this destruction, it is alleged, was the work of the traffickers themselves, who were interested in cutting down plants to build clandestine airstrips and laboratories for drug preparation. But also to open new areas for livestock, a practice used for money laundering.

According to data released by the Spanish news agency EFE and Mongabay, both quoted by Diálogo Americas, last year Honduran authorities eradicated 525,000 coca plants by destroying eight drug laboratories. Between 2020 and 2021, narcos reportedly destroyed 140 hectares of forest to make way for illegal crops.

It is currently hard to estimate the contribution of drug trafficking to the overall deforestation that characterizes Peru. What is certain is that the South American nation has long faced a phenomenon characterized by alarming numbers. Global Forest Watch estimates that from 2000 to 2020, the country’s total tree cover has shrunk by 762 thousand hectares (-1 percent). Growth and restoration operations, in other words, have not fully compensated for the total loss of plants (minus 3.6 million hectares of cover), which particularly affected primary forest (minus 2.3 million hectares).

In the 21st century, Global Forest Watch continues, the destruction of forested areas produced 2.32 billion tons of additional CO2 emissions. Finally, deforestation has been increasing in recent years. In 2020, wrote British newspaper The Guardian quoting data from the Ministry of Environment in Lima, deforestation in the Peruvian Amazon affected 2,032 square kilometers of land, compared to 548 sqkm in 2019.