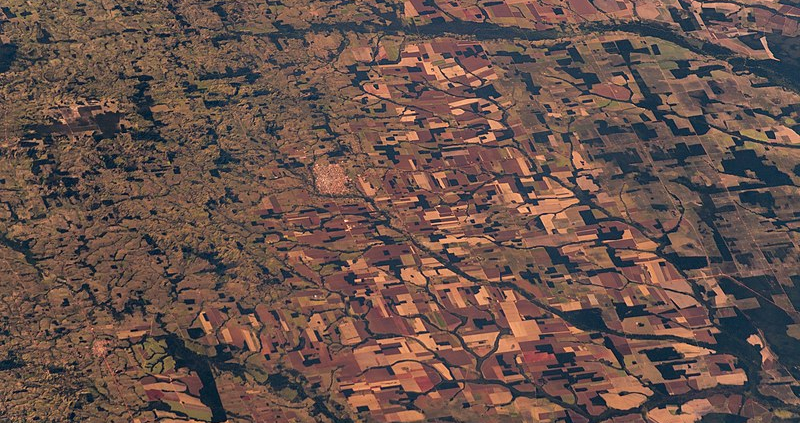 Alliance of Biodiversity study: deforestation in 2020 followed expected trends based on historical data. A sign of how closures have not affected the phenomenon

The outbreak of Covid pandemic in 2020 has not slowed deforestation globally. Deforestation, in fact, has continued following much the same trend as in the past 15 years, says a study by the Alliance of Bioversity International and the International Center for Tropical Agriculture (CIAT), a Rome-based environmental organization.

According to the Alliance, which is part of the Consultative Group for International Agricultural Research, a global partnership of associations active in food security research, “the complex dynamics driving deforestation before the pandemic persisted unimpacted by the lockdowns.”

The authors examined data provided by Terra-I, a monitoring system implemented by the Colombia-based International Center for Tropical Agriculture, the Forestry Trees and Agroforestry (FTA) initiatives, The Nature Conservancy and the School of Business and Engineering in Yverdon-les-Bains, Switzerland, and King’s College London.

“Based on this dataset, we analyzed the historical behavior of deforestation from 2004 to 2020 at the global scale, grouping the data reported for the pantropical countries at the continental level for Africa, the Americas and Asia,” the researchers explain.

In addition, scientists compiled and compared average and projected tree cutting trends for 2020 for each continent. Finally, they repeated the same analyses at the country level for Brazil, Colombia, Peru, the Democratic Republic of the Congo, and Indonesia.

Deforestation in the Congo Basin is growing at an alarming rate

At the continental level, deforestation in the Americas followed the trend predicted for 2020 based on historical data. “Our results suggest that the increasing deforestation trend observed in the Americas was expected for the year,” the researchers note. “At the regional level the pandemic did not decisively change the trajectory of forest cover loss.” In the primary forests of the tropical belt, in particular, there was an increase in reports of ongoing logging of 150,000 every two weeks between 2019 and 2020. The trend remains heavily influenced by data from Brazil and Mexico.

In any case, the study points out, “generally no statistically significant difference in deforestation alerts before and after each country imposed lockdown measures.”

In a comparison with 2004-19 trends, by contrast, logging in Asia has declined from expected levels. Tree cutting  in Africa, however, was higher than expected.

According to Janelle Sylvester, Alliance researcher and co-author of the study, reported data aren’t a surprise. Closures, in fact, could not have any effect on pre-existing logging factors. “Illegal deforestation in areas where there was minimal state (governmental) presence before the pandemic would likely continue during lockdowns,” she said.

Louis Reymondin, one of the other researchers involved, pointed out that logging is strongly linked to the development of the livestock industry and that global meat demand did not change substantially during the most difficult months of the pandemic. The authors, in any case, say that further studies will be needed in the coming years to assess deforestation trends and their correlation with pandemic strategies over a broader time frame.