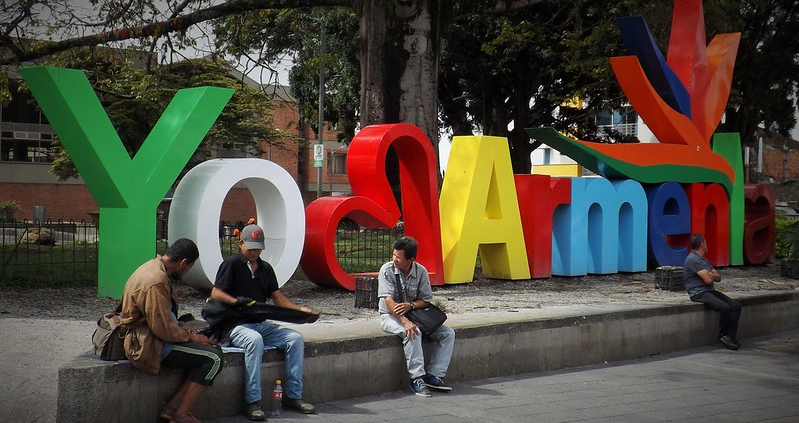 The former Plaza de Toros in the city of Armenia will be transformed into a garden devoted to biodiversity and food security. An awareness raising project in a country that has already set an ambitious program for the preservation of its native species.

Installing a new green area by converting a former plaza de toros to biodiversity. It’s happening in the town of Armenia, the capital of the Quindío department in west-central Colombia. In this area, once home to bullfighting, nature will take its place thanks to an initiative promoted by the Ministry of Environment and Sustainable Development. “With the support of the national government, through the ministry, and together with the mayor and the Corporación Autónoma Regional (the local public entity in charge of managing natural resources, ed.), we will transform the arena into a green lung for Quindío and we will create a maxi garden center for trees and plants that will guarantee food security“, said department head Carlos Eduardo Correa.

The project is a learning opportunity

According to the government’s wishes, the project is also meant to be an occasion for promoting good practices. As well as a training opportunity. “We want to send a message to Colombians about how we should plant and conserve trees so that everyone understands the value of our natural resources“, the minister said again. “Our city will be recognized as the green capital of Colombia. And as an example of environmental transformation for the rest of the country”, said the mayor of Armenia, José Manuel Ríos.

Colombian cities are guardians of biodiversity

With its botanical paths, vertical gardens and flower pots, the new mega nursery sits alongside other local initiatives to protect biodiversity. Other similar projects, says the ministry, can be found in several urban centers involved in the Biodiverciudades (“biodiverse cities”) program. The plan is part of the national strategy for the recovery of the country’s natural heritage. The goal is to implant 180 million native trees by 2022.

The continental scenario is still critical

These initiatives of course assume even greater importance in a stll critical continental scenario. In Latin America, livestock breeding and intensive agriculture continue to fuel land-grabbing, affecting the lives of local communities and threatening the biodiversity at least in five macro regions. The list includes the areas of Orinoquia (Colombia), Matopiba (Brazil) Chiquitania (Bolivia), Chaco Seco (Paraguay) and Chaco (Argentina). Brazilian Amazon is the obvious epicenter of the crisis. According to estimates by the NGO Global Witness, between 2002 and 2018, the Continent’s major green lung has lost 20 million hectares of tropical forest. “an area almost the size of the UK”.