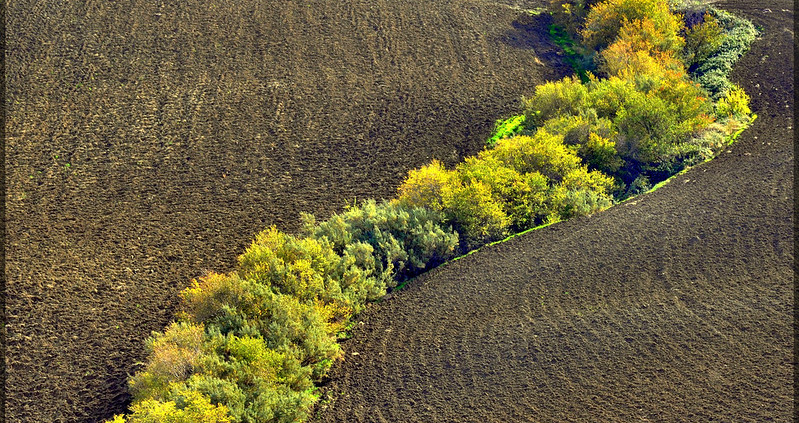 Essential for retaining water and defending biodiversity, useful against chemical pollution. An analysis by the Climate Change Committee highlights the positive impact of installing hedgerows. Its advice: increase them by 40% by 2050

Beautiful to admire, very often pleasant to smell. But also very useful from a practical point of view when it comes to finding low-cost solutions to respond to the challenges that the climate crisis is now requiring us to face on a daily basis. The role of hedgerows in defending biodiversity and the health of rural lands is certainly not discovered now. But a further piece of their importance comes from Great Britain. Indeed, the british independent Committee on Climate Change has calculated their impact on the path to achieving carbon neutrality by mid-century.

“The United Kingdom – analysts recall – has about 310,000 miles of hedges” (equal to about half a million kilometers). Yet, until the mid-twentieth century there were many more. Sacrifice on the altar of intensive agricultural models which, in those years, were considered the best for increasing agricultural yields and guaranteeing food security, in a complex period such as the post-war period.

However, today the climate crisis requires a change of direction. Going back to installing hedgerows on the edge of agricultural land is one of the indispensable actions, underlines the British study: “The independent Committee on Climate Change recommends planting 40% more hedges by 2050”. A similar strategy, the authors continue, “could increase the annual carbon uptake by more than one megatonne of CO2 equivalent by 2035 and by almost 3 MtCO2eq by half a century“, especially if combined with the planting of trees in 10% of rural areas. 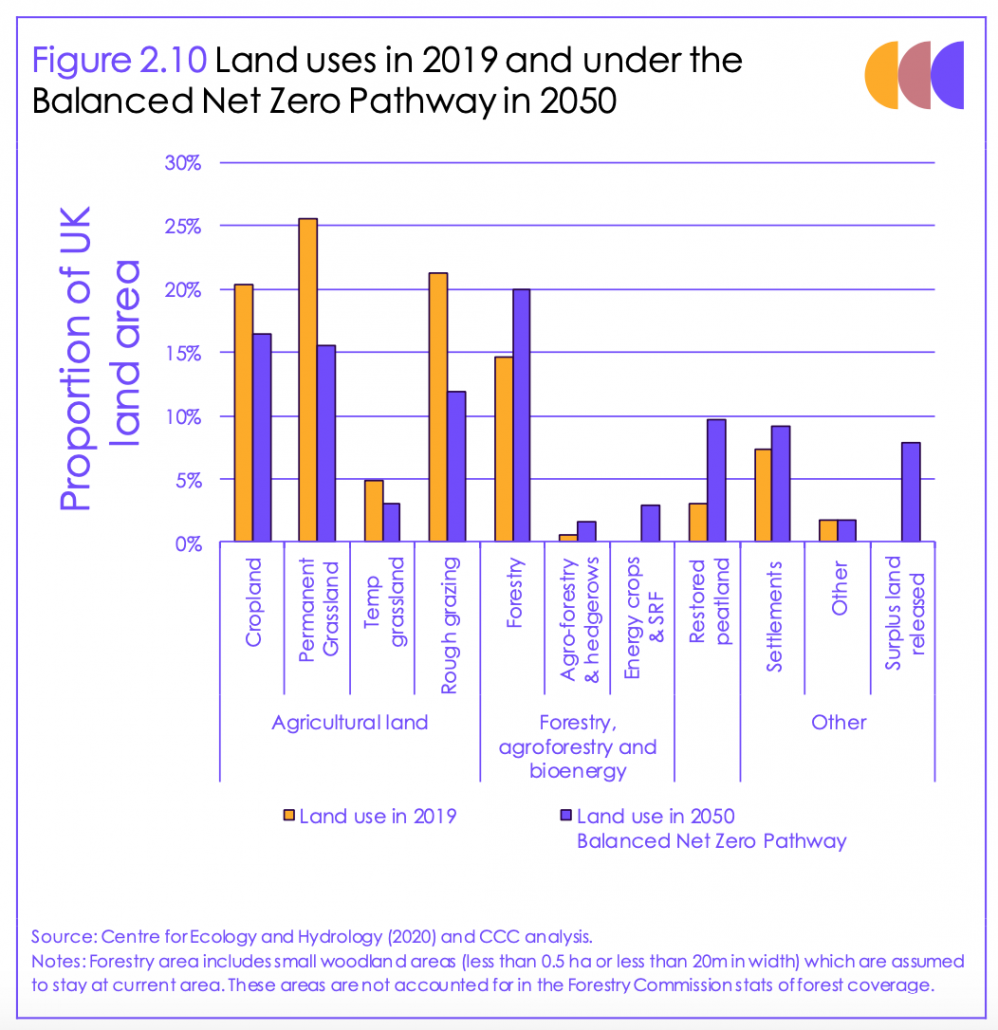 The benefits for soil, water, air and animals

The merit of these results can be traced to the ability of the hedges to provide answers (at low cost) to many of the problems that afflict the soil. In fact, they help to slow down the flow of water, protecting from floods and soil erosion. They then act as barriers to reduce pesticide and fertilizer pollution in water supplies. Not to mention the advantages in terms of improving air quality and protecting biodiversity: they are in fact an important network of corridors in which wildlife finds refuge and can move.

“In more or less intensive agricultural areas, the conservation, management, restoration or planting from scratch of tree-shrub structures represents one of the most important environmental and faunal interventions, as they allow diversification in the most significant way ‘agricultural environment through the stable presence of semi-natural micro-habitats with little disturbance ”, wrote Marco Genghini, researcher in the Department of Monitoring and Conservation of the Environment and Biodiversity of ISPRA, as early as 2010.

“In the agricultural landscape before the end of the 1970s the hedgerows, the windbreaks, but above all the tree-lined rows of the plantings and the various agricultural arrangements, represented the characterizing and most widespread elements” continued Genghini, recalling that “the modernization of agriculture has strongly modified the agricultural ecosystem of the areas with intensive production with a clear reduction, and in some cases disappearance, of the network of trees and shrubs present, often giving way to extremely simplified environments“. 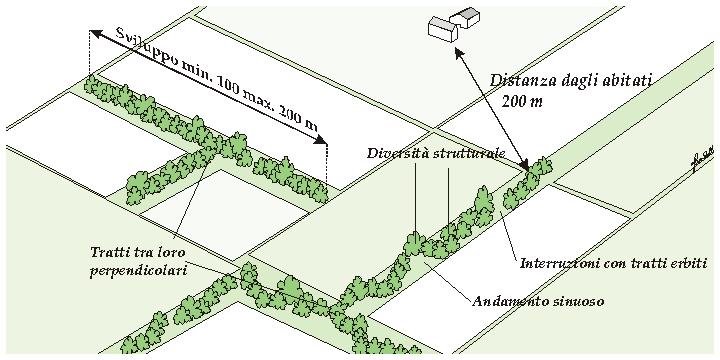 Location and arrangement of hedges to be restored or maintained on the plain. SOURCE: Farm multifunctionality and environmental sustainability, ISPRA 2010.

Agricultural yields growing between 10 and 50%

In the same ISPRA publication, the other positive effects of the installation of hedges on agricultural soils were also mentioned and quantified. From the ability to control the nutrients removed by leaching to the lowering of the dispersal capacity of parasites, up to the barrier effect against the dispersion of pesticides.

Then there is the pollinators factor, without which the reproductive possibilities of some crops such as alfalfa, rapeseed, sunflower, fruit trees are limited. Having arboreal-shrub hedges between the fields instead favors their spread.

Finally, the windbreak function of the hedges should not be underestimated. Thanks to it, the negative effects of frost, drought and soil moisture are attenuated. The speed of the wind can thus decrease between 40 and 80%, limiting both the incidence of damage to crops and, above all, evapotranspiration. Result: agricultural production, in temperate climates, can increase at a rate between 10 and 20% with peaks of 50%.