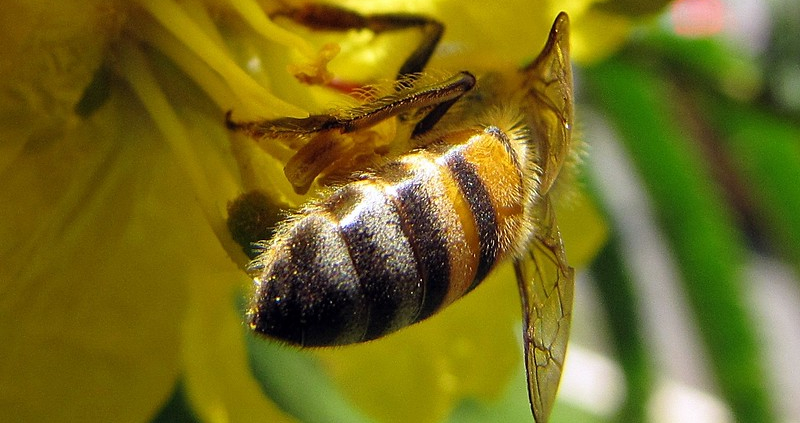 The government of the State of Paraná has decided to replicate the bees’ conservation project already developed in the capital Curitiba. An educational program that promotes the crucial role of these precious insects.

From the State capital to the other urban centers of the region, bees, notorious key players in our ecosystem, are in the spotlight. After having been at the epicenter of a successful experiment for years, the most precious insects of our planet are now the main resource of a conservation program launched in recent days in the Brazilian state of Paraná.

Following the experience of the “Honey Gardens”, which led to the installation of boxes of native bees in the green areas of Curitiba, in fact, the local government has begun to export the project. The extension of the Jardins De Mel program to all cities in Parana “will multiply the potential of the 40 species of native bees while improving the environment,” said the capital’s mayor Rafael Greca. The installations will take place in all the new urban parks under construction.

The initiative, called Poliniza Paraná, was born from the support of some unusual promoters: the children of the Castro Alves Elementary School in São João. Kids, says State Governor Carlos Massa Ratinho Junior, sent a letter to the State government asking the authorities to take care of the bees. This led to the decision of expanding the initiative from Curitiba to other cities.

Launched in 2017, the Honey Gardens program has involved 56 points of interest so far. Such as the Natural History Museum, the Zoo, and the Botanical Garden.  Under the government’s plans, the installation of “urban hives” will also reach the cities of Campo Mourão, Maringá, São João, and Juranda before spreading further. “The activities stress the awareness of the importance and benefits of the ecosystem services for the regulation and balance provided by native bees,” the administration says.

Bees are crucial for 75% of crops

The emphasis on bees’ importance is more than justified. According to FAO, 75% of food crops in the world depend to some extent on bees and other pollinators. Our agricultural system, in other words, is heavily dependent on the work of these insects whose survival is a key concern. Unfortunatley, their death rate is increasing.

One of the critical factors is the effect of some chemical products for crops. According to a study by the University of Koblenz and Landau, the toxicity of 381 pesticides on pollinators and aquatic invertebrates has more than doubled in the last 25 years. The study, based on data from the United States Geological Survey and the Environmental Protection Agency (EPA), focused on neonicotinoids, some nicotine-related insecticide that are particularly harmful to bees.

Environmental education is the main goal

Considering the importance of bees, the Honey Gardens project has the stated the goal of educating and raising awareness about them. In Latin America, where environmental-friendly best practices are spreading, the attention to these crucial players, which are responsible for the reproduction of 90% of flowering plants, is set to grow. Through the program, local authorities therefore aim to promote the necessary skills for the maintenance of bee boxes. While promoting “environmental education” through training courses.