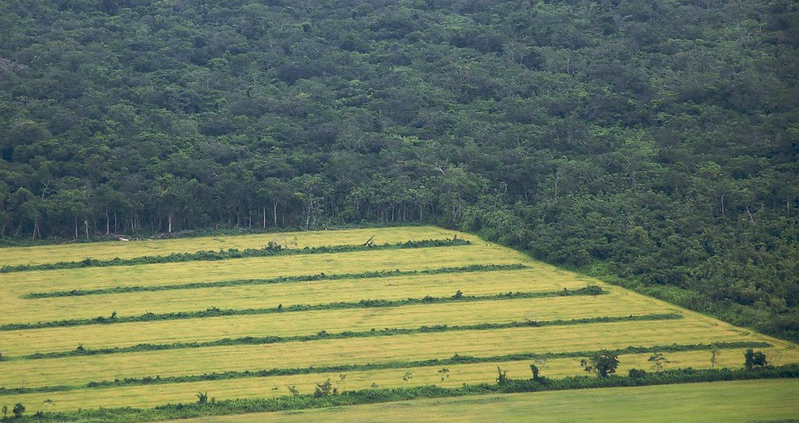 In the southern Amazon, agriculture carried out on a large scale results in “a higher increase in surface temperature” when compared to smallholder farming activities. Deforestation associated with large-scale development, in particular, “leads to a more prominent reduction in rainfall volumes” with obvious consequences. These are the main conclusions of a research conducted by the Terrestrial Ecosystem Dynamics Laboratory at the University of Helsinki. The survey raises a new alarm about the consequences of the exploitation of the Latin American most important green area, thus stressing “an urgent need for alternative agricultural practices, as well as forest restoration.” Two initiatives that are equally essential to protect the ecosystem and mitigate the climate.

Commercial farms cause a 3x higher damage than small settlements

Agricultural activities have always taken part in shaping Amazon landscape. But in recent years the weight of agro-industry settlements is increasing. The main responsibles are large-scale farms that “can reach hundreds of thousands of hectares in area”, with a strong environmental impact. By analyzing satellite data, a well-known tool for soil mapping and climate analysis, researchers observed the various dimensions of impacts caused by agricultural practices. Areas dominated by commercial farms, in particular, became significantly drier. The results, says Eduardo Maeda, a professor at the University of Helsinki and co-author of the research, “show that deforestation caused by big commodity farms can cause a local temperature increase up to 3x higher than what is observed in deforestation caused by small rural settlements.”

The process is almost self-evident. “Tropical forests act as a water pump, getting water from the land surface and throwing it back into the atmosphere,” Maeda says. “Because this process requires energy, it causes a reduction in the surface temperature. The water that returns to the atmosphere, often falls back into the forest in the form of rain thus guaranteeing that the forest is kept always moist. When the forest is removed, the water returning to the atmosphere is reduced, and the unused energy contributes to increase local temperatures.” The scheme finds support even in small settlements. But the scale there is definitely smaller. “The main reason”, according to the researchers “is because these small rural settlements are often less managed, leaving a denser and more continuous vegetation cover than in the large monoculture farms.”

The most important conclusion of the research seems truly obvious. If we want to protect Amazon and its ecosystem, “stopping deforestation is no longer enough. To protect the remaining forests, farmers in the Amazon region will have to incorporate more sustainable practices.” Agroforestry, is one of these “as it seeks to manage forest services and agriculture at the same time”, improving soil fertility and preserving its characteristics. Also fundamental, is the reforestation process in abandoned pastures and areas of illegal deforestation. None of these inititiaves, however, will be possible without an appropriate change in local and international policies. Also essential is full awareness by consumers called upon to express their preference for sustainable agricultural and forestry products.