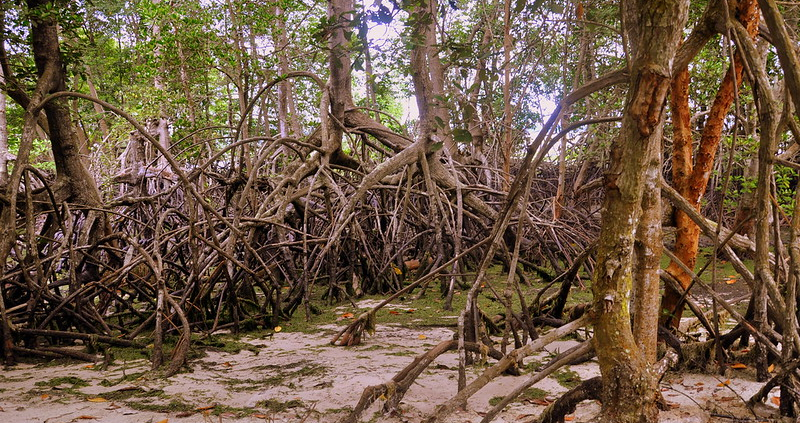 The project launched two years ago aims to restore Singapore’s mangroves. The trees, which have been drastically reduced over the years, are a crucial resource for climate, biodiversity and soil

Singapore is ready to plant one million trees by 2030 in order to restore the habitat lost as a consequence of urban sprawl, says the World Economic Forum (WEF). The operation is focused on mangroves, which are a typical as well as valuable species because of their contribution to soil stability, biodiversity and climate mitigation.

During the 20th century, the WEF recalls, Singapore lost 90 percent of the natural areas suitable for these plants. A phenomenon that has impacted both the quality of life of residents and the balance of the ecosystem as a whole, which includes several native and migratory animal species.

Singapore has lost nearly 90 percent of its forests

The nation’s demographic and economic development has come at heavy price for natural resources. “In 1953, Singapore’s mangrove forests covered an estimated 63.4 square kilometres”, writes the World Economic Forum. “By 2018, researchers estimate that number had been reduced to 8.1 km2 — a loss of more than 87%.”

In the 21st century, according to Global Forest Watch data, Singapore has lost 14 percent of its tree cover. The decline, estimated at 2,590 hectares, also includes 37 hectares of primary forest, which has declined by 4.3 percent.

Restoration efforts now aim to protect not only the quantity but also the variety of mangroves. According to Dan Friess, a geographer at National University of Singapore, there are as many as 35 different varieties in the city-state. In the United States, for comparison, there are just three.

By October 2021, the operation, launched in March of the previous year, had resulted in the planting of about 52,000 trees. The project, which involved four different mangrove species, aims to expand natural areas, with the goal of ensuring that every citizen can live just a ten-minute walk from a park.

“The trees are sourced from Singapore’s tree banks, which include nurseries as well as trees that have been salvaged from construction sites,” the World Economic Forum says.

“Up to 13,000 trees could be removed over the next 15 years to make way for transport and housing projects in Singapore, but the government has stated that for every tree it removes it will replant another.” The trees will be allocated to parks, university areas, roof gardens, roadsides and islands.

There are fewer and fewer mangroves in the world

The story bring the conservation issue back to the spotlight. Between 1980 and 2000, the U.S. think tank One Earth says, the world lost about 35 percent of its mangroves. During the 21st century, the situation has improved but the problem has not been solved. According to the latest report by the NGO Global Mangrove Alliance, between 1996 and 2016 the total number of mangroves declined by another 4.3 percent.

Plants are a resource for climate, soil and biodiversity

The numbers appear worrisome given the importance of these plants in protecting biodiversity. According to the same NGO, mangrove forests “are home to a rich fauna, including 341 internationally threatened species.” Moreover, mangorves’ role in countering soil disturbance is equally important.

These plants, in fact, “act as permeable dams, dampening storm surges and reducing damage.” According to estimates, says Global Alliance, these trees are thus able to avoid over $65 billion damage per year by reducing flooding risk for about 15 million people.

Finally, is their high carbon sequestration capacity is also crucial. According to the NGO, at global level mangroves are able to prevent total emissions of more than 21 billion tons of carbon dioxide.