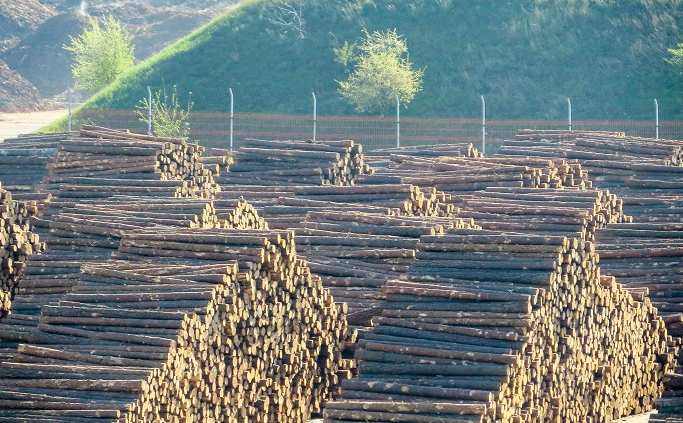 The EU chooses a weak definition of “degradation” in areas affected by deforestation. Scientists are worried, The Guardian says. This choice is a result of lobbying campaign by logging industry, Greenpeace remarks

More than 50 scientists have reportedly approached the European Parliament highlighting the dangers posed by recent changes to the anti-deforestation law draft, writes The Guardian quoting the the letter sent by the researchers. In recent weeks, the EU Council of Environment Ministers rewrote part of the draft law by changing the definition of “forest degradation.” The phenomenon is thus described as “replacement of primary forest by plantations or other wooded land.” A choice that inevitably raises many concerns.

In the European Union, primary forests occupy just 3.1 of the 159 million hectares of total forest cover. Limiting the definition of degradation to them, in other words, would mean legally protecting only 2 percent of the Continent’s forests.

Europe has lost 3,600 km2 of soil due to land take in seven years

In its original proposal, the European Commission defined forest degradation as the result of unsustainable operations that reduce the biological complexity and long-term productivity of ecosystems. The definition echoed the views expressed by the FAO, which has long described the phenomenon as “the reduction of the capacity of a forest to provide goods and socio-cultural and environmental services.”

“Any exclusion of forest degradation from the law would ‘undermine the EU’s professed desire to see Europe become the first climate neutral continent by 2050’ and ‘gravely weaken‘ EU efforts to bolster global conservation (of these ecosystems, ed.),” the Guardian writes by quoting the letter.

The scientists’ argument is shared by Greenpeace, which recently mentioned how land degradation severely limits the ability of forests to capture and store carbon by blocking its release into the atmosphere. With obvious consequences for climate change.

But rather than standing up #Together4Forests, they stood up for industries cutting down forests. A disgrace. @GreenpeaceEU comment: https://t.co/t0hKcmjFpn pic.twitter.com/tsb6GbD075

The logging industry lobby behind the changes

The environmental organization, however, went even further by calling into question the actions of some pressure groups that allegedly acted with the aim of weakening the bill. “Logging industry lobbyists, particularly in the Nordic countries, have pushed back against restrictions on products from degraded forests,” Greenpeace remarks.

According to Sini Eräjää, the forestry campaign director Greenpeace, “Ministers have taken a chainsaw to the law that’s supposed to keep products linked to nature destruction out of our shops and off our plates.”

The Guardian also gave support to the claim by mentioning a document of “a Swedish lobby.” The paper challenges the initial definition of degradation. It also calls into question the possible cost implications for small operators. The paper speculates on the possible escape of timber companies to areas with more permissive rules.

EU plan against deforestation has long been disappointing

This is not the first time, in any case, that proposed laws against deforestation in EU have attracted strong criticism. Last year, Green MEPs questioned the effectiveness of regulations designed by the European Commission to deal with the problem on a global scale. The complaint hit the plan to track critical products such as meat, palm oil and soybeans that are imported into the single market. European Union, whose purchases allegedly contribute to 16 percent of tropical deforestation linked to agribusiness and trade, plans to impose due diligence to exporting companies.

“Unfortunately,” said the Greens/EFA (Greens/European Free Alliance) MEPs, “Unfortunately, the final proposal from the Commission has some major gaps that would, if written into law, severely undermine its effectiveness.”

The MEPs, in more detail, objected to the exclusion of control over the origin of other critical products (such as rubber and corn) and the failure to protect other essential ecosystems (such as savannas, wetlands and peatlands). Companies also would not be required to verify whether the raw materials they use are linked to human rights violations. “This is an indefensible failure to defend human rights,” the MEPs says. “The conversion of rainforests and other precious ecosystems to agricultural land is often linked to land-grabbing, violence, and adverse human rights impacts, particularly for Indigenous Peoples.”