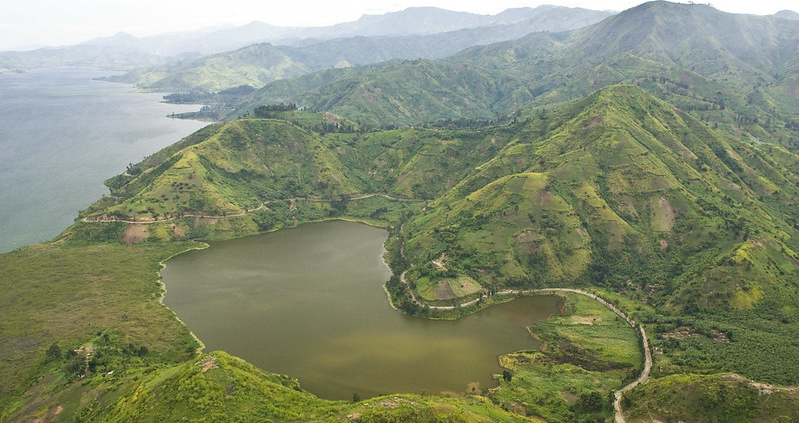 The world stores at least 139 billion tons of carbon that once dispersed cannot be offset in time. Protection of endangered areas and indigenous communities is essential

The enormous forests of Russia and North America, the Amazon, the Congolese plains and the tropical expanses of Southeast Asia are the main carbon reservoirs that should be protected at any cost, says a research published in recent weeks by the Nature. Analyzing a large amount of data on a global scale, scientists from the NGO Conservation International have mapped the planet’s carbon reserves, focusing on the most vulnerable ones.

These are identified by a slower restoration rate that prevents plants and soils to break even by 2050. When the world must reach the zero net emissions target. In short, if these areas are not properly protected, we could face a permanent damage.

The carbon currently sequestered there is thus defined as “irrecoverable” and is estimated at 139 billion tonnes, researchers say. Without proper safeguards, the total amount is set to decrease. In the last decade, for example, 4 billion tons of carbon have been definitely lost due to agriculture, livestock farming and fires.

“Avoiding catastrophic climate change requires rapid decarbonization and improved ecosystem stewardship at a planetary scale”, researchers say. “The carbon released through the burning of fossil fuels would take millennia to regenerate on Earth. Though the timeframe of carbon recovery for ecosystems such as peatlands, mangroves and old-growth forests is shorter (centuries), this timeframe still exceeds the time we have remaining to avoid the worst impacts of global warming”.

According to scientists, the irrecoverable portion represents about one-fifth of ecosystem-managed carbon. 57 percent is stored in biomass, the remaining 43 percent is in soil. However, the total amount of endangered stocks could increase in the future due to agricultural expansion. This would potentially affect a total amount of 18.4 billion tons.

“Tree cover loss is caused primarily by commodity-driven deforestation for beef, soy, palm oil and wood fibre and shifting agriculture in the tropics and by forestry and wildfire in temperate and boreal zone. This loss equates to 1.65 GtCO2 equivalent, meaning up to a fifth of the 8.1 GtCO2e in annual emissions from deforestation and other disturbances could be irreversible through ecosystem restoration for at least three decades.” 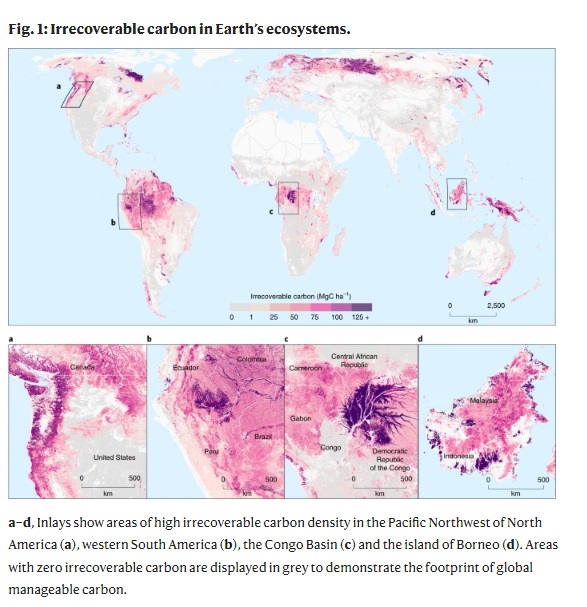 About half of the world’s irrecoverable carbon is located in an area of 4.9 million square kilometers, or just 3.3 percent of the terrestrial area. “This means that efforts to secure irrecoverable carbon from current and future risks could make rapid gains by first focusing on the areas with the highest concentrations of irrecoverable carbon per hectare.” Researchers are primarly focusing on protected areas and indigenous community lands, which are home to 67 billion tons of the element. Protecting the rights of native communities, in other words, means protecting human rights as well as ensuring climate stability.

The list of actions to be taken includes different strategies according to land profiles. “Some ecoregions with high irrecoverable carbon, such as the Southern Hudson Bay taiga, the West Siberian taiga and the Congolian lowland forests face high climate change risks but lower land-use conversion risks,” scientists say. In these territories “it may be possible to reduce some climate change risks through local strategies to increase ecosystem resilience, such as pest and fire management.”

The situation is different for tropical forests where the pressure for land conversion is greater. “In these high conversion-risk places, irrecoverable carbon can be secured by a variety of direct human actions at different scales,” according to study. Besides the support to local communities, the list of reccomendations includes putting private lands under protection, implementing an agricultural development policy focused on already converted and degraded areas (which means excluding areas with huge amount of stored carbon), and providing international funds to finance conservation policies.