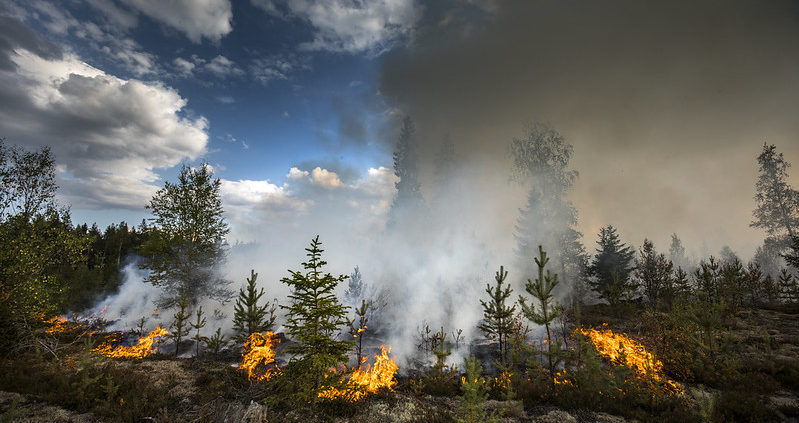 Wildfires risk could affect 78 million Europeans due to climate change and poor land management. The Commission outlines a new strategy to deal with the threat

Managing land sustainably and monitoring climate change and other risk factors. These are the two main indications of the latest EU report on wildfires prevention published in recent weeks. As an additional tool to support the Forest Strategy, the Commission’s work aims to provide the main guidelines for countering an increasingly worrying issue. “IIn recent years, wildfires have had an enormous impact on Europe’s natural capital, economy, and its people,” according to the study. The causes behind these trends include “climate change, land-management changes, social patterns such as rural abandonment and urban expansion.”

Wildfires are spreading across Europe

Wildfires are increasingly spreading in Europe, the report says. “In 2017, more than half-a-million hectares of land burned in Portugal alone, causing 118 deaths, both civilians and firefighters. Greece suffered 102 deaths in 2018 because of wildfires.” In the same period “more than 23 000 hectares burned Sweden.”

Moreover, in 2019 and 2020, the fire season was longer than in the past while the number of wilfires and the burned area exceeded the average of the last twelve years. That’s why we need to pay greater attention to
prevention practices as part of integrated fire management. “These practices can translate into more fire-resistant and resilient landscapes and communities that are better equippedto face the expected risks” according to the Commission. 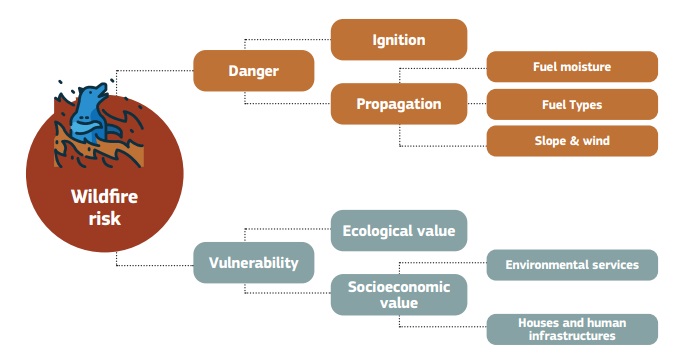 Land management and use, weather conditions and human behavior are the main causes of wildfires. But climate is still the most important factor. Increases in temperature and drought, in particular, “predispose fuel to ignition” and also extend the risk map. Today, 85% of the burned area in Europe is located in Southern regions where Portugal, Spain, France, Italy and Greece lose an average of almost half a million hectares of land annually during the last two decades. However, “climate change projections show that the danger of fires is increasing even in traditionally less affected regions such as north-western and central Europe”.

According to most recent forecasts, in case of a 3°C global temperature increase “the number of Europeans exposed to at least 10 days of high to extreme fire danger per year is expected to grow to 78 million people, which would mean 15 million people more than today.”

The survey highlights the importance of soil and its protection. Fire management is land management and vice versa” the Commission says. “While rural decline can contribute to the development of wildfires in some areas, in other situations urban expansion has resulted in people moving into areas that are wildfire-prone”. Forest management practices can also influence vegetation composition and the fuel load. That’s why “the risk can be decreased through applying thinning and pruning and substituting risky species for more resistant ones”.

How to deal with alarms

The document closes with some specific recommendations to deal with the problem since “wildfires affect all of society”, the Commission say. According to the study “A good governance framework is essential in order to ensure cooperation among all stakeholders, both public and private.” Moreover, fire prevention must be a priority in landscape planning, taking into account climate scenarios and the selection of the most resistant species. Fuel material management, the ability to quickly respond and a accurate information are also crucial factors.

Finally, European funds are available in order to support the initiatives. In the 2014-20 period, the Common Agricultural Policy (CAP) had released 1.7 billion euros for prevention activities and almost 700 million for recovery interventions. In addition, 1.4 billion had been allocated to operations designed to improve forest resilience, including “fire risk mitigation”. The new CAP will be finally approved in the coming months.