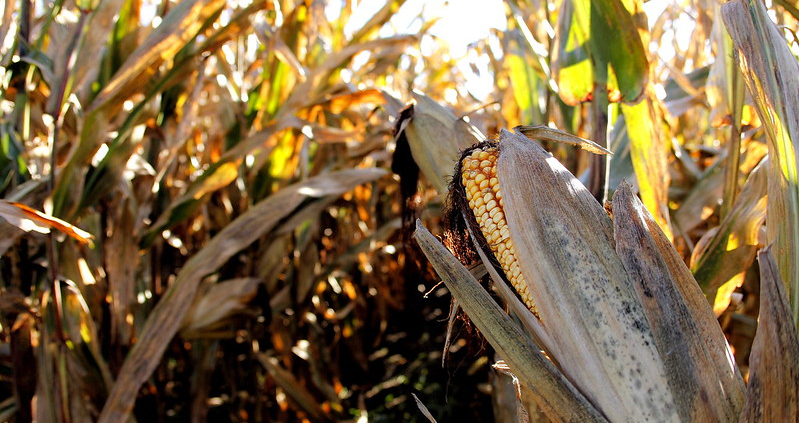 In the last 150 years, erosion has stolen 57.6 billion tons of soil from the US Midwest as a result of unsustainable agricultural practices, according to a study of the University of Massachusetts Amherst quoted in the journal Science News. The figure shows a much higher level of degradation than previously estimated by the Department of Agriculture.

At the heart of the investigation are the tillage practices used in the process of uncultivated land conversion into agricultural fields. According to the researchers, only 0.1% of America’s original grasslands still survive today. At the same time, the future productivity of the fields is put at risk by the process of soil erosion.

Erosion amounts to 37 centimeters in 150 years

In doing so, it was possible to detect an average difference of 37 centimeters, which corresponds to an average erosion estimated at 1.9 millimeters per year since the introduction of traditional agriculture. Which, in this area, dates back about a 150 years ago.

Estimates are worse than expected

The data released in the research highlight a worse situation than the one described by the US Department of Agriculture (USDA). By adopting a different method, in fact, government observers have recorded much lower numbers – from one third to one eighth of the figures obtained by the researchers of the University of Massachusetts.

The problem, Science News says, is that the USDA estimates “do not include tillage, a conventional farming process in which machinery is used to turn the soil and prepare it for planting”. This process, which alters the soil structure itself,“increases surface runoff and erosion due to soil moving downslope.” If tillage were taken into account, the scientists say, erosion estimates would be much more accurate.

Fertilizer use, however, “does not fully restore the productivity of eroded soils and because fossil fuels are required to generate the energy required for fertilizer production, the use of fertilizers to increase yields in degraded soils is not sustainable.”

To date, “soil loss is already causing food production to decline,” Isaac Larsen, a geologist at the University of Massachusetts, told Science News. And the data are there to prove it. “As soil thickness decreases”, says the magazine, “the amount of corn successfully grown in Iowa is reduced. And disruption to the food supply could continue or worsen if the estimated rate of erosion persists.” 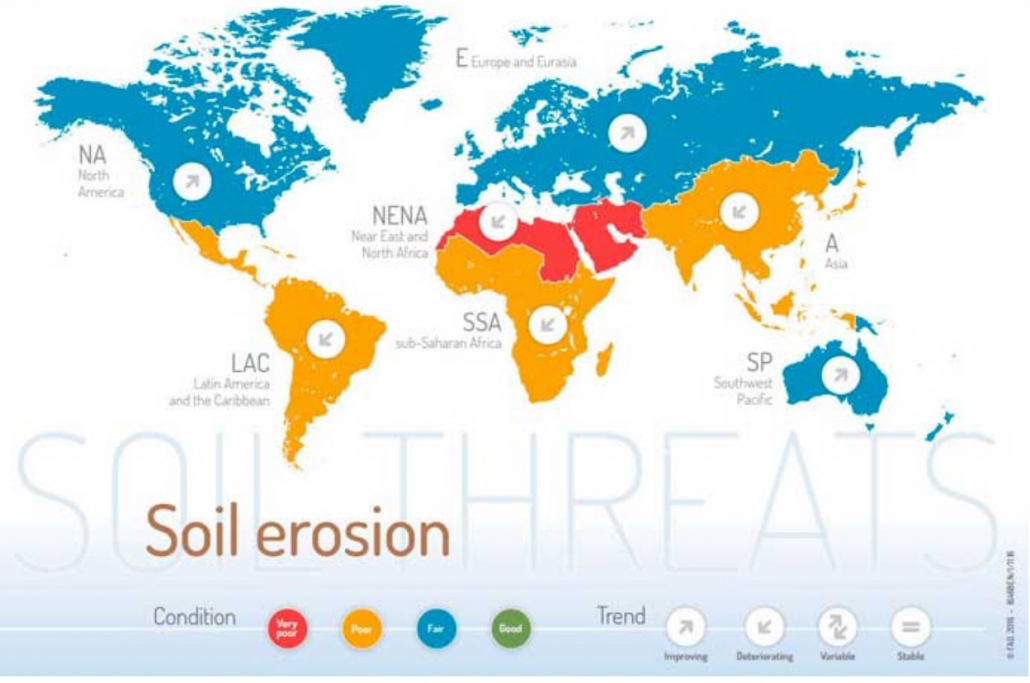 Cover crops as a possible solution

Soil erosion is a worldwide phenomenon. Human activities some damaging practices such as intensive agriculture, deforestation, overgrazing and improper changes in land use in particular are the main causes, FAO says.

Among the proposed solutions, the introduction of cover crops and the use of no-till farming are particularly important. In the U.S., the magazine says, about half of all corn, soybean, cotton and wheat farmers have applied some kind of anti-erosion strategy at least once, according to the USDA. Cover crops, however, are used by just 5% of farmers. This figure is probably explained by the high costs of the practice and the lack of government subsidies.