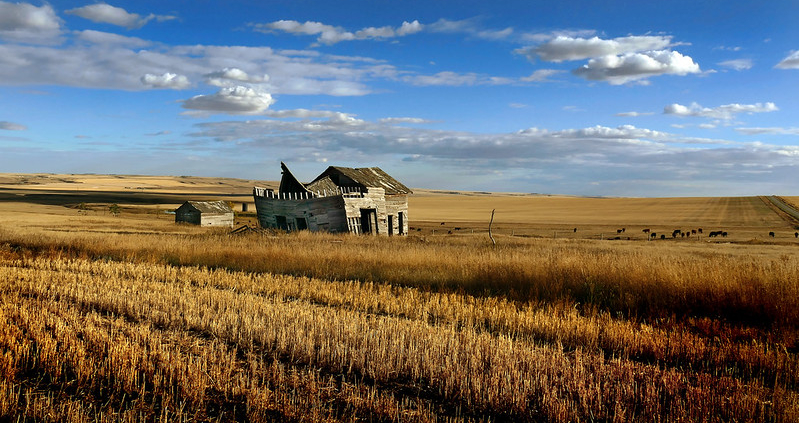 The most extensive research ever conducted on the prairies in Saskatchewan will quantify soil carbon sequestration. The study will provide insights into the best farming and grazing climate friendly practices

Canada is about to map the distribution of carbon stored in the prairies across the west-central province of Saskatchewan. The survey, which was announced by researchers at the University of Alberta, is the largest ever of its kind. The study also aims to suggest the best grazing management strategies. Highlighting the already documented role of best practices designed to encourage carbon capture.

“We know that grasslands are holding onto large amounts of carbon, and this project is going to help us quantify some of the contributions from the beef industry in terms of maintaining their land as grazing land, which helps keep carbon in the ground and not in the atmosphere,” said Cameron Carlyle, a professor at the University of Alberta involved in the research.

Soil conservation in Canada can save 78 million tons of CO2

By analyzing several soil samples collected in the prairies and comparing the data with information on adopted farming and ranching practices (from grazing intensity to fertilizer use), researchers will be able to better understand what dynamics influence the ability of soil to sequester carbon.

“A database of information on many different soil samples will also be developed to help researchers estimate carbon values at lower cost and with less labour than current practices,” the university points out.

The results of the study might be integrated with the protocol already developed in the country for carbon farming practices. Implemented in 2019 at the initiative of the Canadian branch of the U.S. Climate Action Reserve, the plan contains guidelines for quantifying, monitoring, reporting and verifying greenhouse gas emission reductions associated with avoiding conversion of pairies to croplands.

Useful results not just for Canada

The importance of the research extends beyond the study area. “The research will eventually be applicable across the prairies to help producers in Alberta and Manitoba increase carbon soil in their grazing land”, researchers explain. “These ecosystem and land management practices don’t have borders.”

In this respect, the idea is already shared at global level. The world, in fact, has been experimenting with best practices commonly known as “regenerative grazing” for some time.

Regenerative grazing is basically a set of solutions that aim to reduce the impact of animal action on the soil. Under these principles, for example, livestock can be moved several times to let the soils rest for long periods of time. And animals can also be pushed to consume a wide variety of grasses to prevent a few single plant species from becoming predominant and reducing biodiversity.

The goal of all these initiatives is clearly to conserve prairies. These environments, which play a crucial role in carbon sequestration, cover about 40 percent of the landmass but are largely threatened by intensive use and urbanization.

Several restoration attempts have already been made. But some initiatives, such as massive planting, have been reported to be ineffective or even counterproductive (especially when drought drives wildfire outbreaks). In other circumstances, by contrast, regenerative grazing has proven useful. In 2015, a study published in the journal Agriculture, Ecosystems & Environment estimated that these best practices could facilitate global-scale sequestration of 300 million tons of CO2 each year.