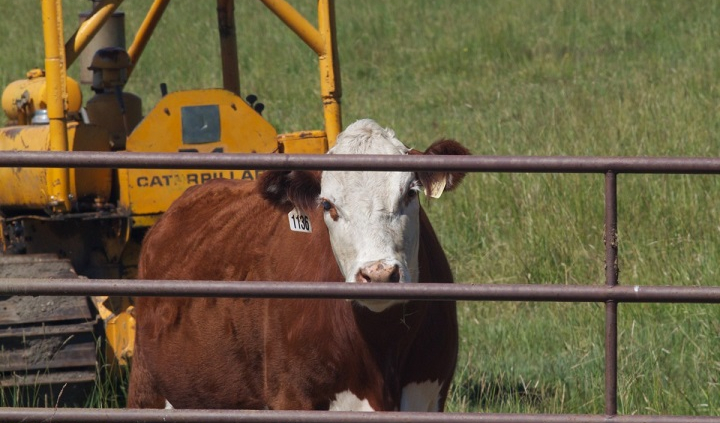 Alan Levine Free for personal and commercial use Attribution 2.0 Generic (CC BY 2.0)

Antibiotics and heat impact on microbes, accelerating their respiration andbCO2 emissions. Monensin, a widespread product used in animal breeding, is under fire

The use of antibiotics in cattle breeding, combined with particular heat conditions, might impact dangerously on soil microbes, a study published in recent months in the journal Soil Biology and Biochemistry has found. The use of these products, explain the authors, alters the action of soil microbial community. Thus affecting the ecosystem functions that are responsible for its balance.

Moreover, the combination of these factors also reduces the soil’s ability to store carbon. Promoting, on the other hand, carbon dioxide emissions and climate change thus exacerbating this trend in a vicious circle.

During the investigation, a team of scientists led by Jane Lucas, a researcher in the Department of Soil and Water Systems at the University of Idaho, collected a number of soil samples from non-grazing northern prairies in the State. They then treated them in the lab with differing doses of antibiotic (high, medium, low) for three weeks. The authors also heated the samples at different temperatures (15, 20, and 30 degrees Celsius). While monitoring soil respiration, acidity, microbial community composition and interactions, carbon and nitrogen cycle.

“Microbes have to work harder to survive when they are in a hot, antibiotic laden environment”, Jane Lucas explains. “This is similar to how it is easier to walk a mile when it is 70 degrees than it is to run a mile when it is 95 degrees.”

The link between microbial respiration and global warming is becoming increasingly concerning to scientists. In the summer of 2020, a study published in the journal Nature analyzed the effects of heat on a portion of tropical soil on the island of Barro Colorado, in Panama, simulating the temperatures expected in the coming decades. The release of CO2 measured on the occasion, explained the research team led by University of Edinburgh professor Andrew T. Nottingham, had exceeded by 55% the amount detected in soils that had not been exposed to heat sources.

The survey had therefore raised estimates of the soil’s potential for carbon release, suggesting an even more worrisome scenario than those depicted by previous studies.

If the estimates of the most recent experiment were confirmed for the entire tropical territory, explained Nottingham and his colleagues, by the year 2100 the atmosphere would absorb a 65 billion tons of additional carbon. More than six times the annual emissions produced by human activities.

A livestock antibiotic is under fire

Also accelerating microbes’ respiration is the presence of Monensin, an antibiotic which is widely used in livestock breeding. This product is released in large quantities into the soil from animal manure. “The WHO has deemed Monensin as ‘not medically important’ and therefore not a threat to human health,” researchers say, “but relevant trials do not consider its effects on ecosystems.” The study shows that “Monensin disrupts soil ecosystem function, and the magnitude of these effects are larger than those reported for other antibiotic compounds.”

In particular, the authors say, “The effects of Monensin on bacterial composition and microbial Carbon-to-Nitrogen Ratio (ed: an indicator of the dynamics that shape the cycle of the two elements in the soil) were not dosage dependent, suggesting that even small amounts of these compounds have the potential to disrupt soil ecosystems.”