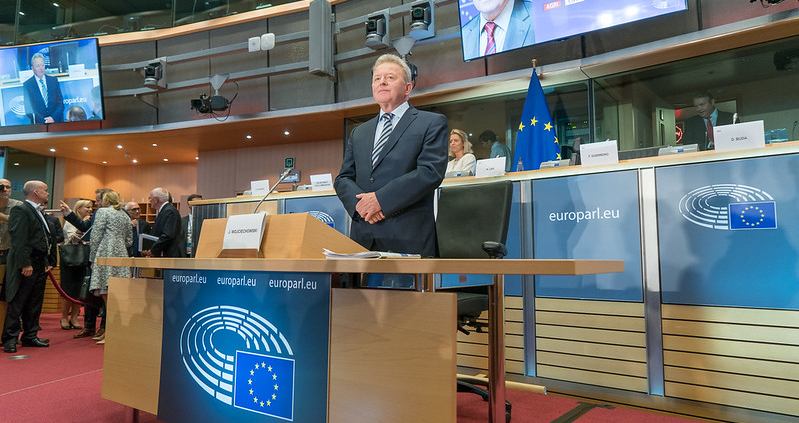 The EU Commission aims to draw up the required guidelines for the calculation and recognition of credits in the carbon farming sector by the end of the year. The matter is complicated as companies pressure raise doubts on deadline compliance

“Carbon farming is a priority for France six-month presidency,” French Minister of Agriculture Julien Denormandie said on Monday during a public event organized by the European Commission. His words confirm France’s commitment and are fully echoed by Agriculture Commissioner Janusz Wojciechowski.

“Farmers will play an increasing role in countering climate change,” he said during the Sustainable Carbon Cycles Conference. “That’s why we need to encourage carbon removal and support carbon credits to provide a new source of income for the sector.”

EU regulation on carbon farming and emission trading expected by 2022

The roadmap has alread been set. By the end of the year, in fact, Brussels would like to issue the final text of the Framework on the certification of credits. That is, to establish common rules for the definition and measurement of carbon removal.

The rules will be very important for the agricultural sector that can enhance soil sequestration capacity thanks to better crop management practices. In this way, according to estimates, Europe could save 42 million tons of CO2 by 2030. But setting the guidelines is not so easy.

In Europe, several certification models have already been adopted at national level, but many differences remain. Moreover, carbon measurement needs to take into account several variables, such as the different forms assumed by soil carbon over a certain time frame (short-lived carbon is absorbed and processed by the soil, while long-lived carbon is permanently removed for at least one hundred years).

” There is no perfect solution at the moment,” said Peter Vis, Senior Adviser at the consultancy Rud Pedersen Public Affairs, on Monday. As a result, developing a Framerwork “represents a challenge for the Commission”.

“For carbon credits, an independent verification is needed”.

The point, said Christian Heller, a climate policy expert at the Umweltbundesamt, the German government’s environment agency, is that, given all the variables involved, “none of the possible solutions clearly prevails over the others, since they all have both pros and cons.” So what should be done?

Three things at least, suggests Hanane Taidi, director general of the TIC Council, an international association of certification companies based in Brussels. “First,” she explains, “we need to establish common rules based on already existing international standards. In addition, we need to guarantee an independent third party verification. Finally, it is important that even the certifier should be certified by an official authority in order to assess its skills and compliance with the rules. Without these guarantees, she says, “it is easy to fall into greenwashing“.

Wildfires are putting corporations and carbon market in trouble

Agro-industry puts pressure on the Commission

Today, is still hard to imagine how the final Framework will look like. It’ s impossible, for example, to imagine how major ambivalences will be resolved, such as the difference between carbon removal and carbon avoidance which is calculated from preliminary estimates of expected greenhouse gas releases. Deadline compliance is also a metter of concern. Not everyone, in fact, believes that final regulations will actually be in place by the end of the year.

“Given the complexity of the topic and the fragmentation of initiatives, it is very likely that regulation will be defined in the next parliamentary term,” says a source familiar with the matter in Brussels.

Moreover, the source says, “The Commission is also under pressure from large companies in the agro-industry and forestry sector that want to join the carbon market to sell their credits without being submitted to emissions cap rules applied to other players such as energy companies”. The definitition of the Framework, in other words, will take a long time.