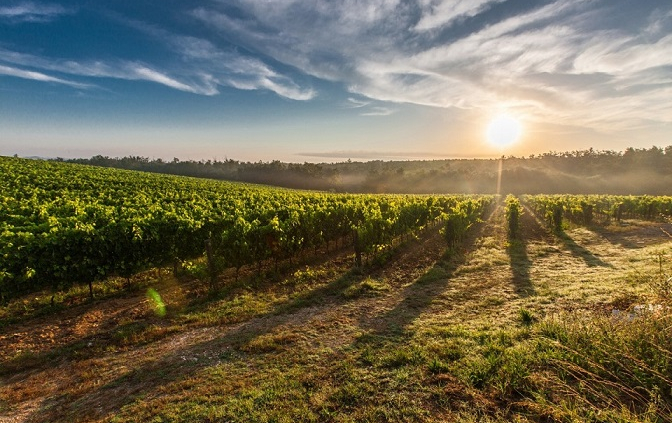 In the EU Commission’s “Fit for 55” climate reform package, a chapter is dedicated to agricultural and forestry practices. The sector also contributes to the release of greenhouse gases but unlike other industries is capable of neutralizing its emissions

“By 2035, the EU should aim to reach climate neutrality in the land use, forestry and agriculture sectors.” Including also “agricultural non-CO2 emissions, such as those from fertiliser use and livestock,” the European Commission said while revealing the extent of the efforts planned for the sector as part of the new package of legislative reforms Fit for 55. Not only electric cars, then, are included in the EU plan that aims to reduce emissions by 55% compared to 1990 levels by 2030. The proposals, approved in recent days by Brussels and now being channeled into their legislative process (which will likely be long), are considered crucial for the successful implementation of the Green Deal. And, as usual, they also trigger some considerations.

The make-or-break decade has already started.

Our first major climate milestone will be a 55% reduction of emissions by 2030.

Carbon capture: the Fit for 55 sets a higher target

The Fit for 55 plan raises the target for carbon capture by natural sinks. The new Regulation on land use, forestry and agriculture presented on July 14 in fact sets an overall objective of 310 million tons of CO2 emissions by 2030, compared to 225 today. Member states will also have to preserve and extend their carbon sinks. The decision, however, does not meet everyone’s expectations. ““Whether the Commission’s net sink target of 310 million tonnes of CO2 by 2030 is ambitious enough needs to be examined more closely in light of NGO estimates that an increase to 500-600 million tonnes of CO2 would be possible,” said Delara Burkhardt, a German MEP affiliated with the Socialists and Democrats group.

Her comments refer to the calls made by WWF for more drastic measures to be taken as the debate on the issue grows. Some activists, in particular, have challenged an alleged over-emphasis on carbon sequestration and related practices to promote it, the so-called carbon farming. The phenomenon, they say, is not in fact fully resolutive since adverse events, such as fires, contribute to the release of CO2 stored in the soil, thus cancelling the achievements.

Agricultural practices in the spotlight

The Commission’s choices, in any case, emphasize the centrality of agricultural practices and proper soil management. “Agriculture is responsible for about 10% of total EU GHG emissions and needs to contribute to the EU reduction goals,” said a report published in February by Brussels. The issue has recently come under the spotlight following the EU Court of Auditors’ comments on the Common Agricultural Policy. Despite the large resources available to tackle climate change, the court said, in the last seven years the levels of greenhouse gas emissions “have not changed significantly since 2010″. One thing is for sure, in any case, is that there are many other factors affecting climate change. Including the high addiction to fossil fuels. Focusing too much on the risks posed by the agricultural sector, in other words, could be misleading.

Although agriculture can be technically considered as part of the problem, it is nevertheless true that it offers many solutions, explains Claudio Ciavatta, Professor of Agricultural Chemistry at the Department of Agro-Food Sciences and Technologies (DISTAL) of the University of Bologna.

“”The agricultural sector contributes to global greenhouse gas emissions,” the professor points out. “But its contribution is still much lower than other sectors which, moreover, have no capacity to fix CO2, for example.”

According to mr. Ciavatta: “Only agriculture, moreover, provides the opportunity to neutralize emissions through photosynthesis and carbon capture in the soil-plant system. In this sense, there are many factors at work. Including, for instance, the inverse relationship between the processing of soil and the stability of stored CO2. Moreover, we can use agronomic techniques to achieve important results. That’s why it is necessary to find new balances, by always adopting a scientific approach. Only through more research per hectare – he says – it will be possible to combine the duty to feed 8 billion people with the protection of a vulnerable environment.” 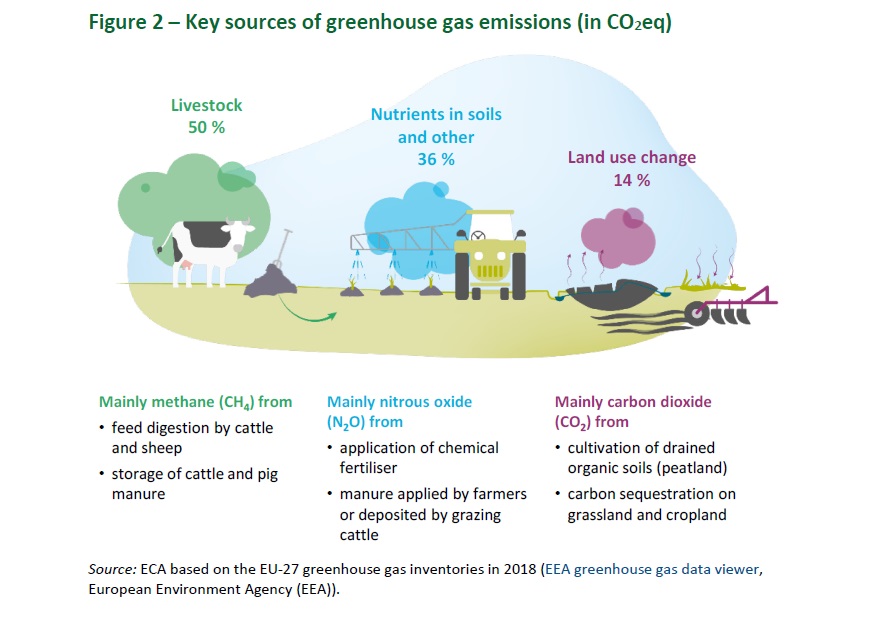 The livestock industry is responsible for 50% of emissions from the agricultural sector. Image: European Court of Auditors based on European Environment Agency data Attribution 4.0 International (CC BY 4.0)