The New York State Senate passes the Soil Health and Climate Resiliency Act. Objective is cutting the impact of agricultural practices on climate change by increasing adaptation and caring for the soil

Without a change of pace in agricultural practices to make them with a low environmental impact, the climate challenge cannot be overcome and the soil restored to health. To encourage the use of sustainable practices that increase carbon sequestration and help achieve climate goals, the New York State Parliament recently passed the Soil Health and Climate Resiliency Act, a much-needed document from a broad coalition of environmental and agricultural.organizations. Some of them, such as the Northeast Organic Farming Association of NY (NOFA-NY) and the American Farmland Trust, have strongly supported the legislation. New York State also has nearly three million hectares of arable land.

As noted by Assemblywoman @DonnaLupardo, “Healthy soil produces healthier foods, mitigates climate change through carbon sequestration, and protects our natural resources. …this bill [S4722A] is a first step toward encouraging a “culture of soil health” in NYS.” pic.twitter.com/OWnlNGWVCG

Law S4722A / A5386A, which will be delivered by the end of the year to State Governor Andrew Cuomo for signing that effectively brings it into effect, establishes three initiatives to achieve the desired goal: one for soil health, one for extreme weather resilient agriculture and a research through the New York State Department of Agriculture and Markets.

The latter body, according to the new law, will be called upon to create a series of voluntary standards for soil health. Objective: to guide the strategic choices of farms. The choice – trust the supporters of the standard – would allow farmers to take advantage of the new management practices. 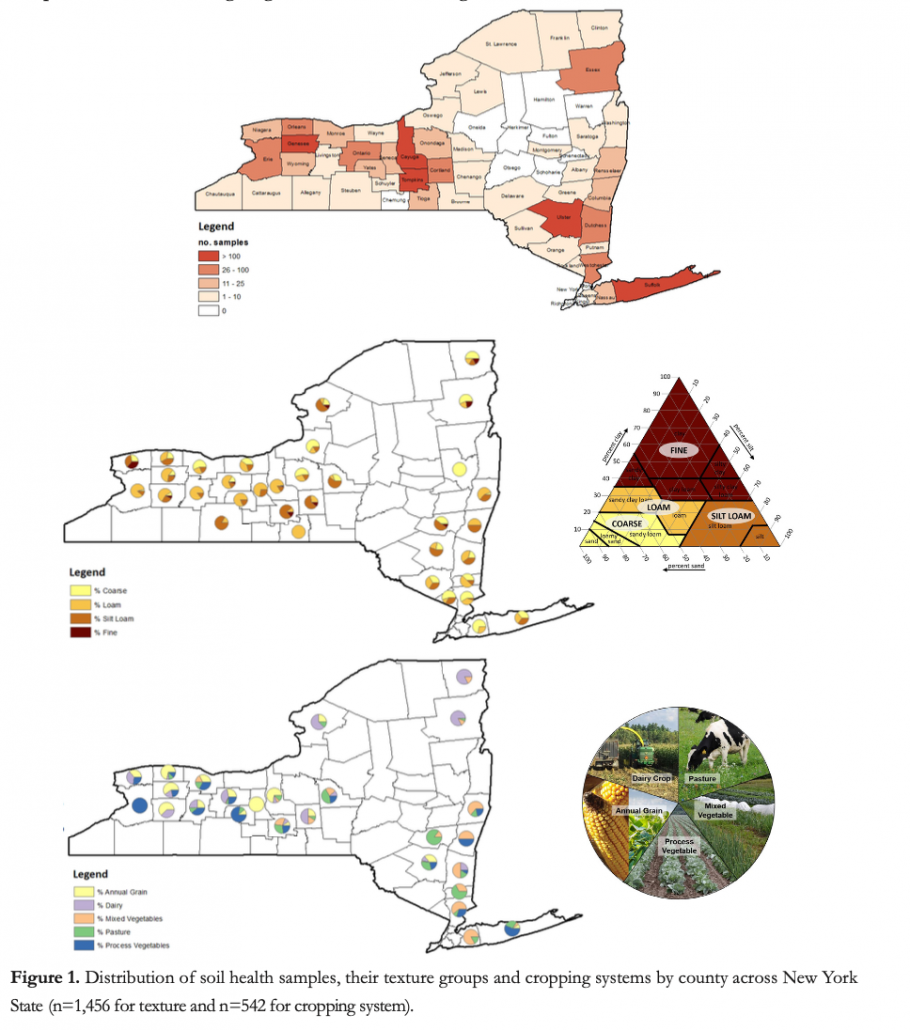 “This legislation has linked New York’s agricultural policies, water quality and climate change for the first time in a strategy that is beneficial to all, which will increase the resilience of farms and communities, protect water resources and expand the role of our farms in meeting climate goals by storing more carbon in soils, ”said David W. Wolfe, professor of plant ecology at Cornell University and project leader of the New York Soil Health Roadmap.

Advice to farmers to reduce costs

The latter document, published in 2019, is the basis of the contents of the law and outlines important objectives regarding the health of the local soil. The roadmap highlighted that some benefits can take years to achieve. But in other cases, much shorter times may be sufficient, with economic benefits for local farmers. These include using cover crops to avoid soil erosion losses or reducing tillage to reduce fuel and labor costs.

It is no coincidence that the law has focused on the future of local farmers. They are the ones who are tackling the uncertainty about climate and the consequences of extreme weather events firsthand. To help them, the law stresses that increasing soil organic matter can improve adaptation to droughts, floods, reduce erosion and nutrient runoff during the heaviest rains. All aspects that ultimately translate into economic losses for agricultural businesses.

“New York’s agriculture is a key part of the solution to combat climate change in our state. The Soil Health and Climate Resiliency Act is the legislation that will truly consolidate this essential partnership,” said Senator Michelle Hinchey, president of the Senate Committee on Agriculture.

The analysis is shared by Harold van Es, professor of Soil and Crop Sciences at Cornell University. “Soil is a key resource that supports food production and impacts many broader ecosystem services. I am thinking, for example, of water quality and climate mitigation. With this law, New York institutions have established themselves as leaders in soil care practices. This legislation allows the state to implement sustainable management activities on a much larger scale ”.

However, van Es’s opinion is particularly significant. He and his colleague Joseph Amsili, also a professor at Cornell University, carried out a study on the characterization of soil health that was included in the bill and which allows state policy makers, agricultural professionals and growers to improve carbon sequestration goals and management practices.

In the study, 1,456 soil samples from all counties in the state were analyzed. Researchers established new metrics for assessing soil health and set ambitious health goals for different soils. The research also indicated the potential for carbon storage in the soil as a function of the characteristics of each soil and their intended uses.