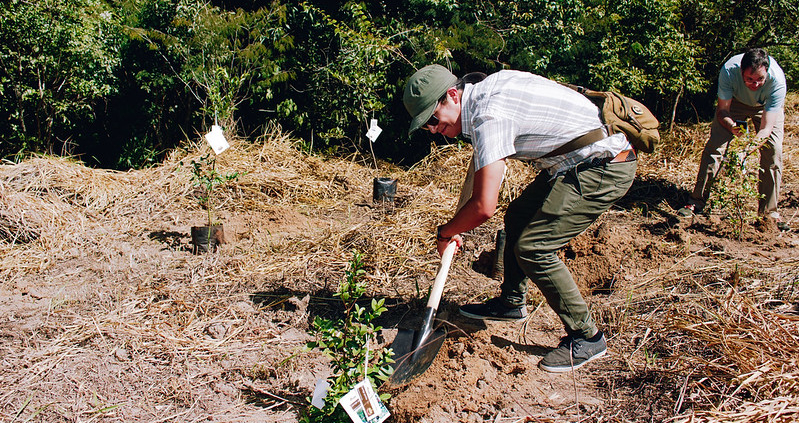 Soil restoration must be implemented on 2 billion hectares. Half of the area needs to recover by 2030 according to FAO and UNEP

The survival of the Planet requires the restoration of degraded soil. The goal? “Restore at least one billion degraded hectares of land in the next decade”. In other words, guaranteeing the rebirth of an area as large as China while protecting its health. That’ s the message launched by the United Nations Environment Programme (UNEP) and FAO in a joint statement. The call, which is part of the UN Decade of Ecosystem Restoration 2021-2030, comes with the release of the report Becoming #GenerationRestoration, launched in early June. Whose findings seem definitely alarming.

Restoration planned for this decade aims to solve half the problem. According to estimates, researchers say, the Planet’s degraded areas cover nearly two billion hectares and are home to some of the world’s poorest people. To date, the report says, “around one third of the world’s farmland is degraded, about 87 per cent of inland wetlands worldwide have disappeared since 1700, and one third of commercial fish species are overexploited. Degradation is already affecting the well-being of an estimated 3.2 billion people – that is 40 per cent of the world’s population.”

Finally, every year, “we lose ecosystem services worth more than 10 per cent of our global economic output.”  Reversing this trend, however, delivers excellent results. “Reviving ecosystems and other natural solutions could contribute over one third of the total climate mitigation needed by 2030. Restoration can also curb the risk of mass species extinctions and future pandemics.”

Goodbye phosphorus: how soil degradation is taking a key element away from agriculture 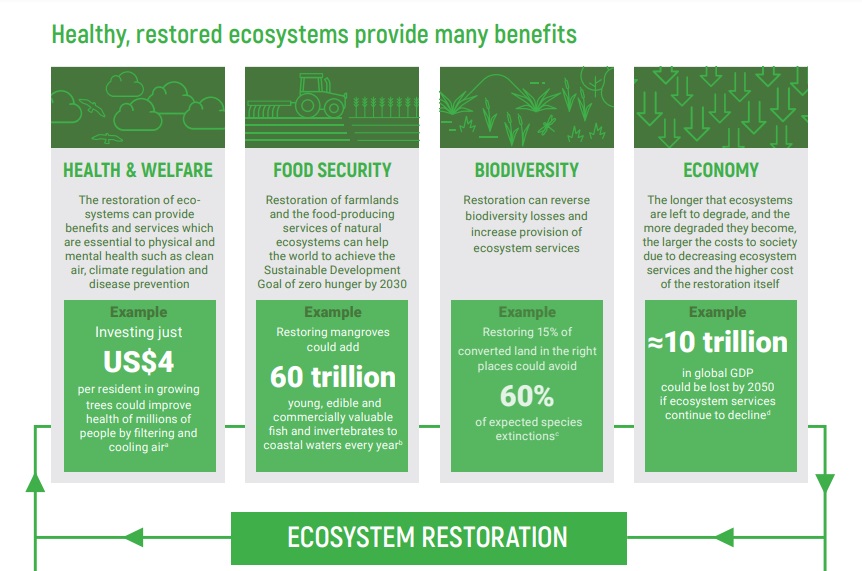 The benefits are worth 30 times investments

The planned effort, in any case, will not be cheap. Its costs – excluding the recovery of marine ecosystems – would amount to “at least 200 billion dollars per year by 2030″. But the expected economic benefits are enormous: according to the report, “every 1 USD invested in restoration creates up to USD 30 in economic benefits.”

Some examples: agroforestry alone “could increase food security for 1.3 billion people”. Forest restoration also has a positive impact on other sectors of the economy. “Having doubled its forest cover since the 1980s, Costa Rica has seen ecotourism grow to account for 6 per cent of GDP.” 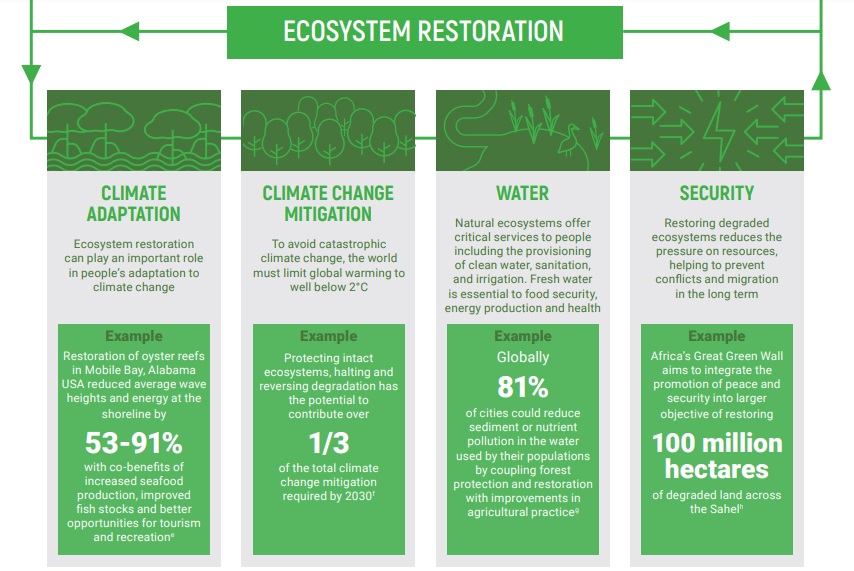 Less than 20% of recovery plans are truly green

Finally, “reliable monitoring of restoration efforts is essential, both to track progress and to attract private and public investments,” according to FAO and UNEP. The goal, which is being supported also through the launch of a dedicated Digital Hub, calls for the involvement of all stakeholders. Including individuals, businesses, associations and governments. As well as indigenous people and local communities who can provide an important contribution in terms of knowledge, experience and skills. Governments, must ensure “that their post-COVID-19 recovery plans include significant allocations for ecosystem restoration.” Today, “only about 18 per cent of recovery stimulus plans can be characterized as ‘green’,” Unep and FAO say.