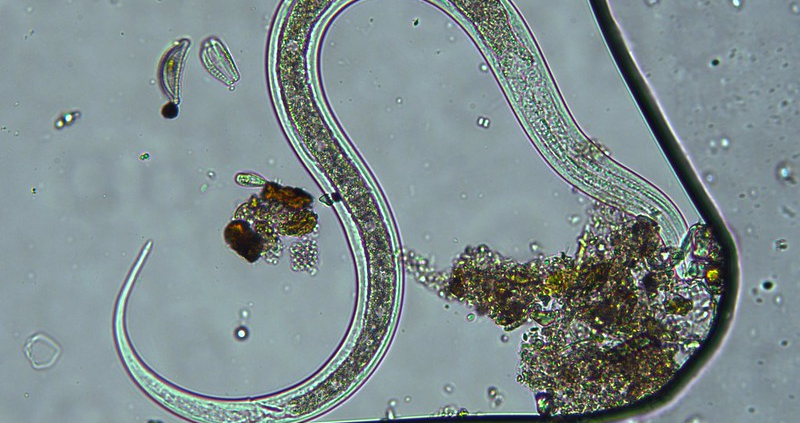 Nematodes are vital organisms for soil. But separating the “good guys” from the “bad guys” according to morphological criteria is nearly impossible. A novel application of genetic analysis could solve this problem. In the long run, the sequencing of all soil organisms could become possible

Cylindrical shaped, a few millimeters in extension, nematodes are potential soil allies in some circumstances. But there’s a catch: they are almost invisible to a naked eye which makes this microscopic soil inhabitants misterious thus attracting the curiosity of scientists. One of them is Toshihiko Eki, professor at the Department of Applied Chemistry and Life Sciences at Toyohashi University of Technology, in the Japanese prefecture of Aichi. His recent research conducted together with a team of scholars, in particular, seems to give a huge contribution to the discovery of these leading characters for to the ecosystem. How? Thanks to DNA sequencing, the first step in identifying their fundamental properties. As well as for the development of advanced agricultural techniques.

Microbes and biodiversity. Here’s why a healthy soil is so important for human health

The truth is that nematodes are often crucial, for better or worse. According to experts, these tiny invertebrates eat bacteria and fungi, taking excess nutrients and releasing them into the soil thus providing benefits to plants. In addition they have the ability to break down organic matter. No wonder, in other words, their prominent role in the precious soil microbiome is absolutely clear. Some parasitizing species, however, have a tendency to attack plant roots, ultimately leading to a loss of soil productivity. In conclusion, the Japanese researchers explain, “the classification and identification of nematodes is also important from an agricultural standpoint. However, nematodes are diverse, and there are over 30,000 species. Additionally, because nematodes resemble one another, morphological identification of nematodes is difficult for anyone but experts.” That means, of course, that we need to take a different approach based on nothing but genetics. 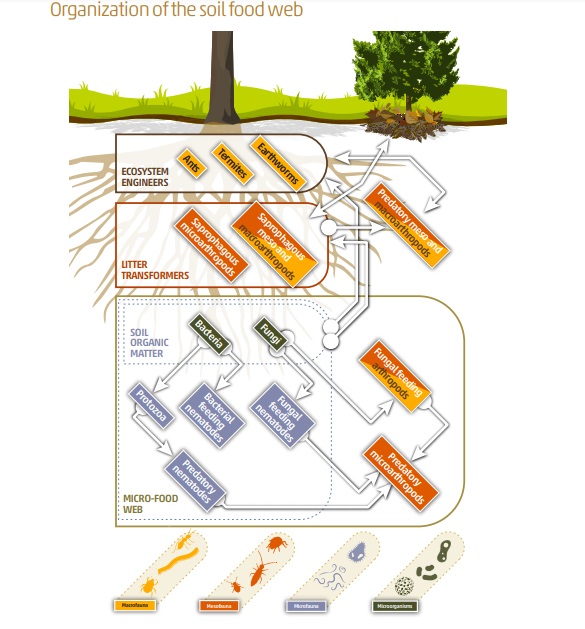 A barcode for nematodes

A key tool of the research is DNA barcoding, a technique which allows to associate a reference nucleotide sequence to distinguish different species of organisms. The method then makes it possible to replace morphological criteria with genetic ones. The identified sequence is thus transformed into an identification code not too different, in principle, to supermarkets protucs barcodes. Launched in 2003 by Canadian researcher Paul D. N. Herbert, the barcoding technique is widely used as a tool for mapping the human intestinal biome. But its applications to the analysis of soil organisms are still in the research phase.

The Japanese team’s study focused on an uncultivated field, a copse, and a home garden growing zucchini. Researchers were able to identify plant parasitizing nematodes which were abundant in the copse soil and bacteria feeders (which were widespread in the garden). But also predatory nematodes and omnivorous nematodes expecially in the uncultivated field.

Through sequencing, says research coordinator Toshihiko Eki, “we were able to clarify characteristics of nematode communities representing the three ecologically different soil environments according to expectations.” Further development of the method, the researchers say, should open the way to comprehensive analysis of all soil organisms. Removing the need to initially isolate each individual species. In the future, the authors hope to “precisely analyze how communities of soil-dwelling organisms including microbes change with crop growth, clarify the effects that cultivated plants have on these organisms, and investigate biota closely related to plant diseases.” The ultimate goal is to develop the most suitable culture methods based on the biological data.