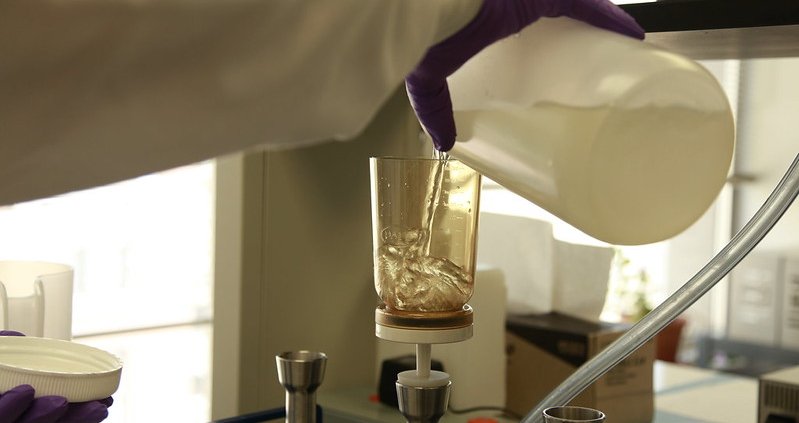 Tracking soil life after restoration, studying land ecosystem, and exploring a new kind of research. Thats’s the list of the main opportunities offered by environmental DNA (eDNA), a genetic tool that is gaining increasing attention from scientists. The issue has recently been discussed at the FAO Global Symposium on Soil Biodiversity. Unlike traditional approaches, which focus on chemical and physical issues, eDNA enables more extensive investigations, said Eva Bellemain, president and founder of Argaly, a French company focused on genetic analysis of biodiversity. This wide potential, moreover, appeared clear from the very beginning.

From microbiology to ecosystem studies

As scientist Philip Francis Thomsen and Eske Willerslev of the Centre for GeoGenetics at the University of Copenhagen explained, eDNA, can be defined as “genetic material obtained directly from environmental samples (soil, sediment, water, etc.) without any obvious signs of biological source material. When supported by “sensitive, cost-efficient and ever-advancing DNA sequencing technology, it may be an appropriate candidate for the challenge of biodiversity monitoring”. Originally studied in microbiology, eDNA has also been analyzed in sediments, “revealing DNA from extinct and extant animals and plants including ancient ones.”

A faster and more effective method

The benefits of eDNA analysis over traditional methods are clear. The analysis of eDNA, said Luigimaria Borruso, researcher at the Free University of Bolzano, enables to detect different species of microorganisms. This tecnique also works in widely different environmental conditions and represents a non-invasive low disturbing method for the ecosystem. Moreover, the investigation is faster and allows to identify even rarest species. The collection of samples and the subsequent extraction of genetic material in the labs is the first step for more in-depth evaluations. In contrast, “it would be hard to highlight the full potential of the soil using traditional physical-chemical and biological indicators,” Bellemain says. 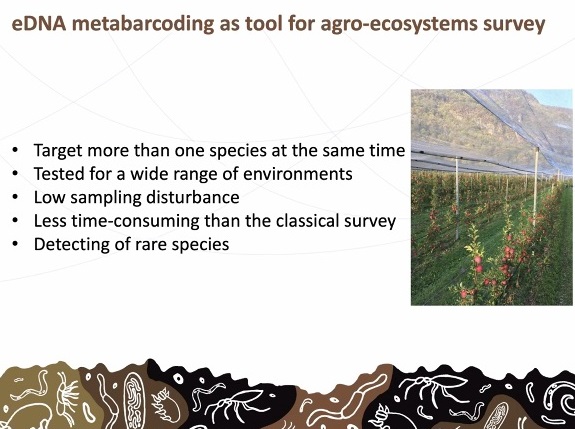 The application of eDNA offers many benefits over traditional techniques. Image: from the presentation by Luigimaria Borruso, Free University of Bozen/Bolzano, FAO Global Symposium on Soil Biodiversity, April 2021

Soil restoration assessment is one of the most significant applications. In France, where the rehabilitation of degraded land costs almost €500 million a year, Bellemain says, the genetic analysis of soil samples, “as a standardized and inexpensive tool that can be uses in all weather conditions,” makes it possible to measure the efficacy of the operations. At least a couple of studies conducted in the country have reportedly highlighted the tool’s validity. eDNA, in particular, might solve the notorius problem of the lack of shared protocols to certify the soil restoration in terms of vital functions and biodiversity. But the list of applications is longer.

Biodiversity analysis is the new frontier

Biodiversity, especially at the microbiome level, notoriously affects soil productivity. “But biodiversity also depends on the different interactions between microorganisms,” Borruso explains . That’s why the eDNA analyse make it possible to identify key players such as fungi, bacteria and many more. “We can identify a correlation between different kind of microbes and different soil elements,” he adds. In other words, genetic analysis is not meant just as a tool to build a soil map but also as an instrument to investigate still unknown factors that can influence soil productivity. With clear and enormous implications.