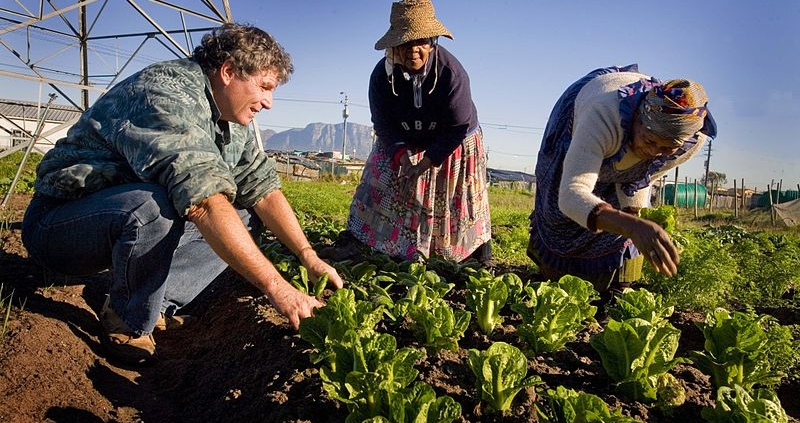 Soil fertility? It’s linked to the biodiversity of its microorganisms. A circular alternative from the SIMBA project for more productive and sustainable crops

Given that the global population is set to continue growing in the coming years (2 billion more people between now and 2050 according to UN estimates) the efficient use of the agricultural system and the capacity to guarantee an adequate food supply are fundamental objectives. Clearly we face many difficulties, but the good news is that the soil itself contains the vital resources needed to achieve this goal. This was highlighted by Annamaria Bevivino, Head of the ENEA Laboratory for AgriFood Sustainability, Quality and Safety, who took part in the “Productive and healthy soils” session as part of the 2020 Digital Edition of Ecomondo. She was referring to the SIMBA Project, a European initiative as part of the Horizon 2020 programme, in which ENEA is a partner, which aims to make use of microbiomes – soil and marine microbial communities, for sustainable food production.

“Microorganisms as the foundation of a fertile soil”

“Soil is a complex and dynamic system,” explained Bevivino, highlighting the link between “soil fertility and microbial biodiversity”. In other words, microorganisms act as a bank of resources which plants can access selectively according to their needs. In addition, by assisting the decomposition of organic substances and the release of essential mineral nutrients, microbes ultimately guarantee the ecosystem remains in balance. Their potential is huge, although so far it has not been exploited to the full. 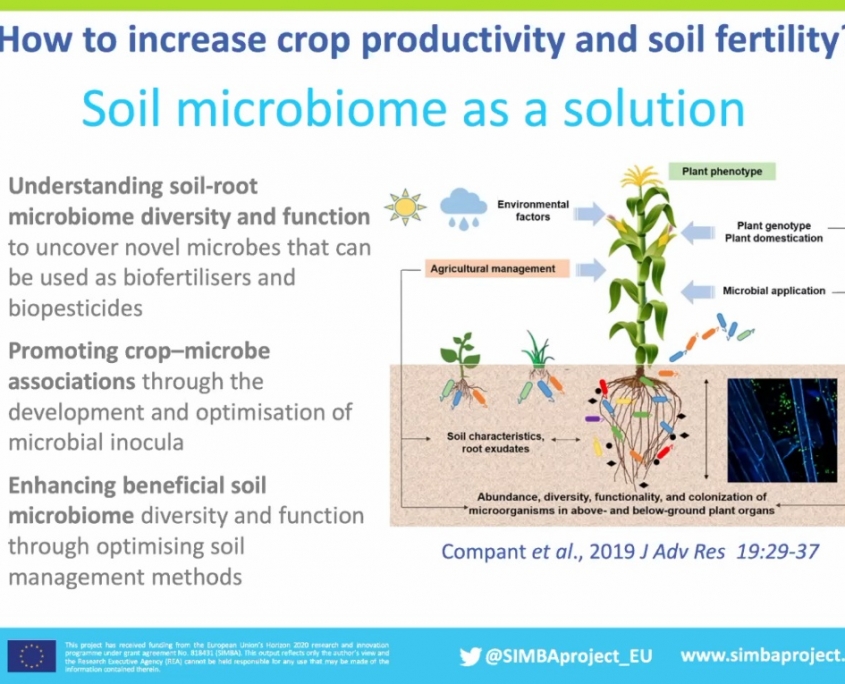 DIDA By analysing the microbiome and designing the most promising microbial consortia it is possible to improve the productivity and health of soil and plants. Image: presentation by Annamaria Bevivino (ENEA) at Ecomondo 2020.

Towards a circular system

In the initial phase, the SIMBA project began a survey of the database of the microbiome found in the soils being studied by analysing grain, corn, potato and tomato crops in Italy and Germany. Next the most promising microbial consortia will be designed and tested in laboratories to improve plant productivity and health, converting raw materials and waste into food and feed products. The project is expected to lead to an increase in the quality and security of crops and a reduction in chemical inputs. However, Bevivino concluded by saying there would also be “a paradigm shift towards a circular agroecology in which a central role is given to microorganisms, which are the foundation of the life of the ecosystem”. A change in direction is urgently needed, now more than ever.