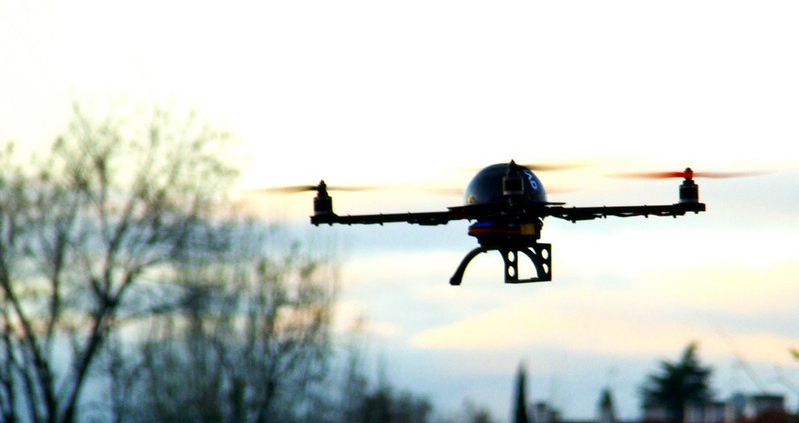 Drones equipped with light spectrometers can map the ground and explore otherwise inaccessible areas, Dutch researchers have found. This application can also provide crucial data for soil protection and remediation

Drones capable of carrying appropriate sensors may prove to be excellent tools for measuring soil properties, two research studies carried out by a group of Dutch scientists have found. The investigations focus on technological applications associated with gamma-ray spectrometers, which have been made increasingly lightweight by technological innovation that has expanded their use.

The latest models, according to some researchers involved in the study – Ronald Koomans, of Utrecht University, Han Limburg and Steven van der Veeke, both from Groningen – weigh just three kilograms and can be mounted on the drones.

Drones and spectrometers, a winning combination

A gamma-ray spectrometer measures the concentration of radioactive elements. Radiations, the scientists explain, provide information on the mineralogical composition of rocks and soils. By using one of these instruments mounted on a simple drone, they demonstrated “how soil texture can be mapped using such a setup.”  They also highlighted how this system “can be used to map contaminants with an unpreceded spatial resolution.”

The results “demonstrate that gamma-ray sensors are ready to be routinely applied in drone-borne mapping projects.” Thus opening “the possiblitiy to perform high-resolution mapping surveys of soil texture and soil contamination in areas that would otherwise be inaccessible.”

Observation from above as accurate as examination on the ground

The concentration of radioactive elements in the environment is correlated with certain soil properties. By carefully measuring the presence of specific radionuclides, both natural and man-made, and using special application models, it is therefore possible to draw conclusions about soil characteristics.

To assess the quality of the resulting maps and predict the physical properties of the soil, the authors surveyed 40 hectares of agricultural land in Flevoland, the Netherlands. A first measurement was made by the traditional method, that is, by applying the spectrometer to a tractor for close-up analysis. The second was carried out with drones. As a result: “Closer analysis and validation of the maps revealed that the quality of the drone-borne map is on a par with the ground-borne survey.” Both approaches, in other words, proved to be “as good as soil sampling.”

A second experiment conducted by the Dutch researchers focused on pollution detection. “The current approach to managing and monitoring contaminated sites involves invasive and often labour-intensive methods, particularly in order to collect samples,” the researchers explain, pointing out that this method encourages the occurrence of potential errors.

The use of drones equipped with spectrometers made it possible in this case to analyze a stretch of floodplain near the Spittelwasser stream, one of the tributaries of the Elbe River in Germany. Thanks to the survey, it was possible to make several readings of pollution levels. “This data provides the government with detailed information on the contamination on a river-basin scale, which is crucial for defining proper remediation measures.”

Technological development to control and counter contamination is one of the goals set by the FAO as part of the International Network on Soil Pollution, an initiative launched in April on World Earth Day. Last year, a report by the UN organization highlighted how the impact of the most harmful human activities has grown in the 21st century. In 2018, in particular, the Planet’s soils absorbed 109 million tons of synthetic nitrogen fertilizer. Moreover, between 2000 and 2017, pesticide use on a global scale increased by 75 percent.

To date, 80 thousand different chemicals are used on the Planet but only 0.25 percent of them have been adequately tested to assess their safety, Ravi Naidu, a professor at Newcastle University, explained on the occasion. There are about 10 million contaminated sites on a global scale, a quarter of them are in Europe, 30 percent in China and India. Lack of resources makes cleanup efforts in poor countries almost nonexistent.