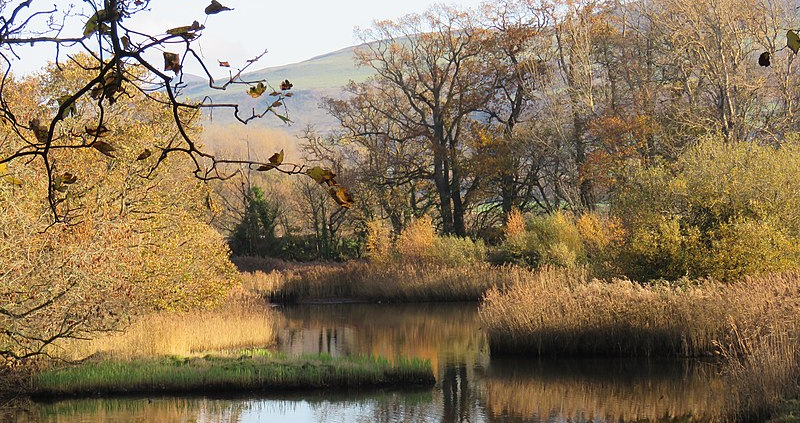 The annual amount of peatlands to be restored in the British nation rises to 1,800 hectares. A move designed to counter climate change and protect biodiversity. Two emergencies that seem to be more and more evident across the U.K.

Wales wants to step up efforts to protect peatlands by tripling their restoration rate, according to The Guardian. The move is aimed at countering climate change and biodiversity loss. Just like heathlands and bogs, the British newspaper writes, peatlands play a key role in storing carbon and alleviating the risk of flooding by curbing the flow of water from mountainous areas.

Anyway, years of exploitation trough mining, burning and overgrazing have profoundly reduced these environments whose survival is now also threatened by global warming. The restoration target in Wales has been set at 1,800 hectares per year. That’s three times the 600 hectares previously set.

“A plan to triple the rate of #peatland #restoration in Wales to help combat the climate emergency and protect one of the country’s most celebrated birds, the #curlew, has been announced by the Welsh government.“ https://t.co/oNv9j8a8oV

The crucial role of peatlands

Interest around peatlands has grown in recent years due to their ability to sequester and store carbon. Such capacity varies widely in different parts of the Planet: in the Democratic Republic of the Congo, a recent study by the Universities of Leeds, Edinburgh, Kisangani and Mbandaka has found, these environments store nearly twice the amount per hectare than peatlands in the Peruvian Amazon. Congolese wetlands are estimated to stock 28 percent of carbon stored in tropical peatlands.

Under current conditions, however, protecting these areas appears complicated. Indeed, at tropical latitudes only 8 percent of the carbon stored in these environments is located within protected areas.

More than 90 percent of the sequestered element, in other words, can be found in areas subject to land use change, a practice that endangers the survival of biodiversity. A serious problem that characterizes many countries in the world. Including Wales.

Peatlands, the Guardian recalls, provide vital habitat for several bird species such as golden plover, skylark and curlew. According to the Welsh minister for climate change, Julie James, the newspaper writes, the country is now home to just 400 breeding pairs of curlews, a number clearly too small which is a clear consequence of the scale of the damage.

“Taking peat out of the ground has been one of the worst abuses of the planet in the last 100 years and more,” James said at a conference at the National Botanic Gardens in Carmarthenshire, southwest Wales.

Also according to the British newspaper, the peatland plan is part of a broader initiative spearheaded by the Cardiff government to step up nature conservation efforts. The executive, in particular, aims to improve “the condition, connectivity and resilience of protected sites to creating larger conservation areas at sea.” Another goal is the establishment of a “targeted scheme” to support habitat restoration in coastal areas.

The biodiversity crisis in the UK

A report published in 2019 sounded the alarm about the health of the local ecosystem. According to researchers representing more than 70 environmental organizations, one in six species of plants, animals, and fungi in Wales is reportedly at risk of extinction. But the decline in biodiversity is known to be an obvious problem in other areas of the United Kingdom as well.

Such is the case in England where, according to a study by the UK Environment Agency, industrialization has resulted in a staggering depletion of natural diversity.

The process, which began earlier than in other nations, has stimulated widespread land-use change with obvious consequences for the environment. From the Industrial Revolution to the present day, 99.7 percent of swamps and 97 percent of grasslands have disappeared. As well as 80% of lowland heaths, 70% of ancient forests and 85% of salt marshes. Without “significant changes” in land management, the agency said, the country will not be able to halt the deep crisis affecting its ecosystem.