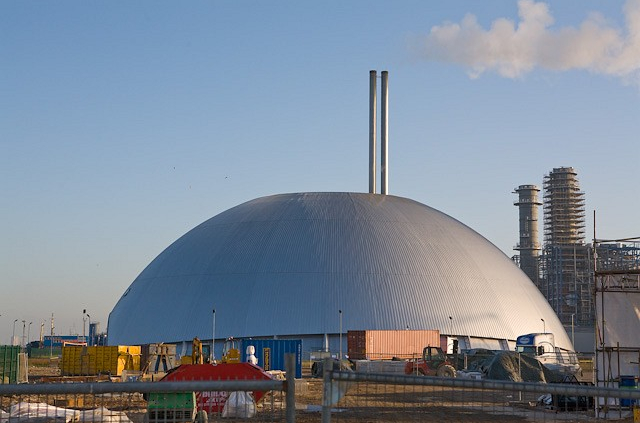 Recycling is an indispensable strategy for global sustainability. But in some cases the process of selection, collection, disposal and reuse breaks down too early. That means more waste-to-energy and climate and environmental impact. This was reported by a Channel 4 investigation on the loopholes in the waste management system in the United Kingdom. As part of its inquiry, the broadcaster had access to a report by consultancy firm Eunomia, commissioned by the ClientEarth. According to the study, the Guardian reports, “as coal is phased out, energy from waste will become the dirtiest form of electricity production in the UK.” By 2035, moreover, incineration will be a more carbon-intensive process than even landfill.

In England less than half of waste is recycled

According to the findings, The Guardian writes, an average 11% of the waste meant to be recycled is actually burnt in incinerators. A true mockery for 87% of British households who declare to comply with basic recycling rules. With clear consequences. In 2019, in England alone the volume of incinerated waste exceeds recycled materials: 11.6 million tons vs. 10.9. UK largest nation, in other words, is still not recycling enough. The problem is also shared by European Union, which is notoriously inadequate in recovering plastic waste, most of which is also responsible for soil pollution. Recycling, anyway, is supposed to be a crucial element for the circular economy, which is becoming an increasingly important model as climate and sustainability goals are set at a global level.

A negative impact on climate

In the past, the Guardian writes, “objections to incineration largely centred on air quality and public health concerns, but the focus has shifted. In the age of net zero and ahead of COP26, today’s campaigners are looking at emissions and insisting that the green claims of the incineration industry are subject to scrutiny.” In the U.K., the newspaper says, waste-to-energy producers are required to provide information on CO2 release. However, “they must account only for the C02 from burning fossil-based waste such as plastic” thus excluding “emissions from food and garden waste, known as biogenic C02.”

UK is still betting on incineration

Despite warnings, the waste-to-energy sector seems to be doing pretty well. Today the UK hosts 48 incinerators for energy production and a further 18 are expected to be built in the future, unless plans are changed in the meantime. Recently, the Guardian reports, “the Welsh government declared a moratorium on new waste incinerators as part of its drive towards a circular economy.”

Last month the secretary of state for business, energy and industrial strategy, Kwasi Kwarteng, opposed to plans for a large energy-from-waste incinerator in Kemsley, in Kent. “One of the reasons cited was that the incinerator would cannibalise recycling.”