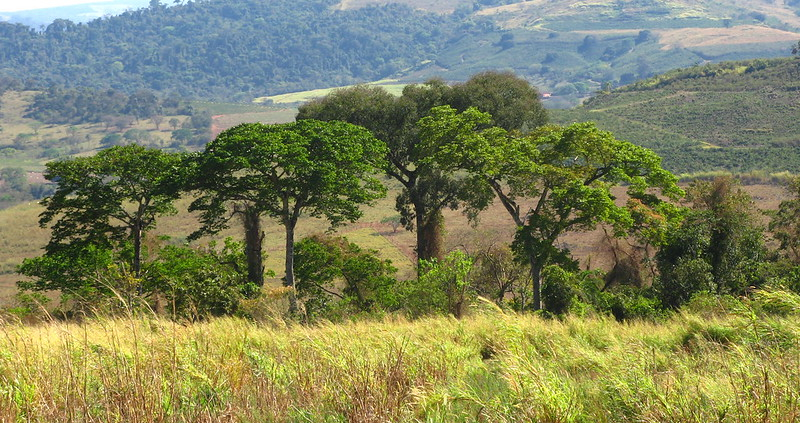 17,500 species of trees or 30% of the total are at risk of extinction according to the researchers of Botanic Gardens Conservation International (BGCI), a British organization founded in1987. The verdict, expressed in a study released in September, re-emerges as a powerful warning in these days after another alarm was raised on Amazon deforestation, which recorded the highest acceleration rate since 2006 (+22% between August 2020 and July 2021). The survey, as a result of 5 years of work, has allowed to develop a global picture of the problem that seems to have no equal in nature.

Today, in fact, “there are twice the number of threatened tree species globally than threatened mammals, birds, amphibians and reptiles combined,” the authors say.

The #StateOfTrees Report identifies top threats to trees, including:

The new report also shows what we all can do to drive conservation action.

But what are the main factors behind the trend? Human activity weighs heavily as about 20 percent of species, the survey notes, “are directly used for food, fuel, timber, medicines, horticulture, and more”. Morover “The greatest threats facing trees include habitat loss from agriculture and grazing, followed by over-exploitation from logging and harvesting. The report finds that 1 in 3 trees currently harvested for timber are threatened with extinction”.

According to the researchers, agriculture impacts 29 percent of vulnerable species, timber industry 27 percent while grazing expansion affects 14 percent of threatened tree varieties. Urbanization and fires – increasingly widespread in Europe and North America – both affect 13% of the species.

Wildfires are putting corporations and carbon market in trouble

In recent years, researchers have focused on the effects of climate change. Trees, in fact, are increasingly threatened by global warming, which alters environmental conditions and reduces the extent of the plants’ natural habitat. “At least 180 tree species are directly threatened by sea level rise and severe weather events,” say the authors. “This threat is most severe to island species, including magnolias in the Caribbean. An increased occurrence of fire is a major threat to trees in Madagascar, and has also been identified as a risk to US species of oak and Nothofagus trees in Australia and South America”.

Brazil has the worst numbers

The survey highlighted the variation of the trend at national level. With 1,788 endangered species out of 8,847 hosted, Brazil is the world most endangered country in terms of absolute numbers. In relative terms, Malaysia has the worst record, since its vulnerable trees are about a quarter of the total hosted species: 1,295 out of 5,422. Very similar numbers for Indonesia, global leader in the production of palm oil: here researcher has found 1,306 endangered species out of 5,716,or 23% of the total amount. China‘s figures are also worrying with 890 out of 4,608. Taking into account the native species only, Europe shows an extinction risk for 58% of its indigenous varieties.

Trees (not air conditioning) will save cities from burning weather

Finally, the researchers made some proposals for decision-makers and experts. Five crucial actions have been identified:

“Tree species are the backbone of the natural ecosystem”, researchers say. “They store 50% of the world’s terrestrial carbon and provide a buffer from extreme weather, such hurricanes and tsunamis”. At the same time, “Many threatened tree species provide the habitat and food for millions of other species of birds, mammals, amphibians, reptiles, insects and microorganisms”. That is why, authors say, that “The extinction of a single tree species could cause a domino effect, catalysing the loss of many other species”.