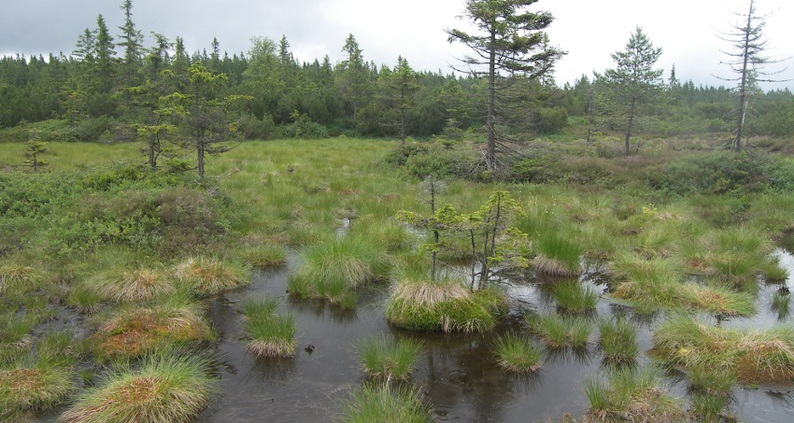 LIFE for MIRES project halfway through its journey: the restoration of peatlands within the area offers new opportunities to tackle climate change, says the staff. Today 720 hectares of wetland soil have already returned to their original condition

Peatlands and bogs are regaining their space in the Šumava or Bohemian Forest, a natural gem located between Austria, Germany and the Czech Republic, say managers of the LIFE for MIRES project, tracing an evaluation as the initiative is halfway through. Launched in 2018, the program funded by the EU, the Czech Ministry of the Environment and the German environmental foundation Bayerischer Naturschutzfonds, aims at cross-border restoration of the affected areas to protect biodiversity and landscape hydrology. So far, several ponds, spring areas and streams have been restored. The project is scheduled to be completed by 2024.

Peatlands are the main character of the project

At the heart of the plan is the recovery of peatlands, precious and peculiar environments that have always attracted scientists’ attention. In these areas, where the organic substance does not decompose, observers can find a very interesting biodiversity featuring a large number of rare plants and no less unusual animal species. But there is even more:

“Restoration of wetland habitats is one of the potential ways to mitigate the consequences of climatic change,” LIFE for MIRES staff explain. “Wetlands play an irreplaceable role in landscape hydrology and the water cycle, having favourable effects on the local climate.”

The problem, however, is that centuries of intensive human activities have led to a sharp decline in the presence of water. Bogs, for example, “have been drained and converted to cropland, and drought has become a serious problem.” Here are the reasons for the need to work on the land.

720 hectares of land have already been restored

Working on the Czech side of the Šumava, the area most affected by drainage and its negative impact (decline in peatland biodiversity, extreme drought and flooding), operators have thus focused on an area of 2,059 hectares. Among the planned activities the blocking and filling of about 80 kilometers of drainage channels. As well as the restoration of natural waterways.

“In December 2021, we concluded the second season of intervention and we could quantify the result of the field work,” explain the operators. “We were able to restore 720 hectares of wetlands, consisting of meadow and forest springs, raised bogs, marshy forests, marshy meadows and floodplains of small mountain streams.” The return of water, they say, “was facilitated by the blocking of 97 km of drainage channels and the restoration of 17 km of streams.”

The protection of the springs is crucial

The operations, the staff explain further, have made it possible to recreate the original conditions of the site by allowing the water to resurface. “This year we restored the largest spring slope in Western Sumava close to the Skelná settlement. Almost 3 meters deep drainage ditches were blocked and filled with soil,” explains the expert guarantor of the project Dr. Ivana Bufková. “Now there is a small capillary stream flowing down the spring slowly to the Křemelná river.”

So far, she says, “We have managed to restore 6 spring slopes yearly. They generate water for streams, therefore are a very important structure on the journey of water through the landcape, and still they are very often degraded by human activity. In our LIFE project, we are trying to spread this idea amongst public and professionals who care about the water regime.”