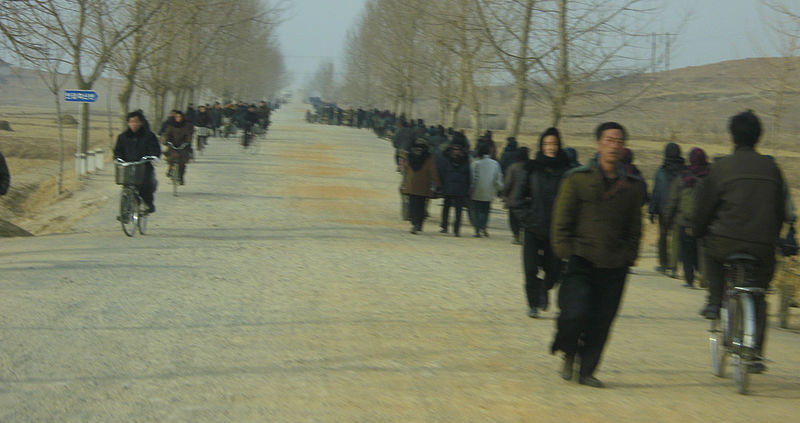 Seoul calls on Pyongyang to cooperate in the fight against deforestation, beyond the 38th parallel. As World Forestry Congress approaches, says German broadcaster Deutsche Welle, something is changing in the countries bilateral relations

A common commitment in the fight against deforestation could be the starting point for a new, although partial, step forward in cooperation between the two Koreas, German broadcaster Deutsche Welle (DW) suggested in recent weeks. After decades of separation, ongoing military tensions and Pyongyang increasing isolation after Covid-19 outbreak, the circumstances are far from excellent. Nevertheless – DW says – something has been moving.

During COP 26 in Glasgow, “South Korean President Moon Jae-in offered an olive branch in the form of aid and knowledge on how to regenerate North Korea’s badly denuded forests.” The call was probably inspired by 2018 presidential meeting with his counterpart Kim Jong-un, when the two leaders made a promise to “to work together to protect and restore the ecosystem of the entire Korean Peninsula.”

The great famine in tje 90s contributed to deforestation

Among the main factors that have caused deforestation is the great famine that hit the North in the 90s. At that time, says the magazine Scientific American, the country lost 700,000 hectares of forest (out of 8.3 million total) in a few years. The consequences were dramatic.

“The lack of ground cover means there are no roots to anchor soil in place and keep it from running off into rivers and streams during extreme weather events,” the magazine writes.

Not surprisingly, then, North Korea has experienced a devastating series of floods and other severe events over the past decade, including several waves of drought. These events have contributed to reduced agricultural yields, further threatening the country’s already precarious food safety.

In 2015, North Korean leader Kim Jong-un officially launched a plan to tackle deforestation and climate change, two closely related phenomena. The initiative, made public by Foreign Minister Ri Su-yong during COP 21 in Paris is based on the massive planting of trees in the country within a decade. Pyongyang, at the time, had affirmed its goal of reducing greenhouse gas emissions by 37.4% compared to 1990 levels.

The results achieved, so far, are controversial. According to data from Global Forest Watch (GFW), in fact, the country’s record over the last twenty years is still negative. From 2001 to 2020 the country’s forest cover declined by almost 5% with an overall loss of about 250 thousand hectares. In 2019, the reduction in forest area was 27,500 hectares, the highest figure in the 21st century.

Signs of cooperation between the two Koreas

Hopes for cooperation between the two Koreas come from Seoul’s latest initiative. In late January, DW notes, South Korean Reunification Minister Lee In-young invited Pyongyang representatives to attend the upcoming World Forestry Congress scheduled for May in the southern capital. According to Na Yong-woo, a researcher at the Korean Institute of National Unification, quoted by the German broadcaster, “If the North really wants to develop its economy, then it needs to cooperate with other nations, including South Korea”. Moreover, “We know its relations with many countries are not good at the moment, but change will finally have to come.”

The nature of the issue might also be a key factor for a deal. Forest conservation, in fact, is still a Pyongyang goal, the researcher said, And, unlike human rights or international relations, it is not a controversial matter.